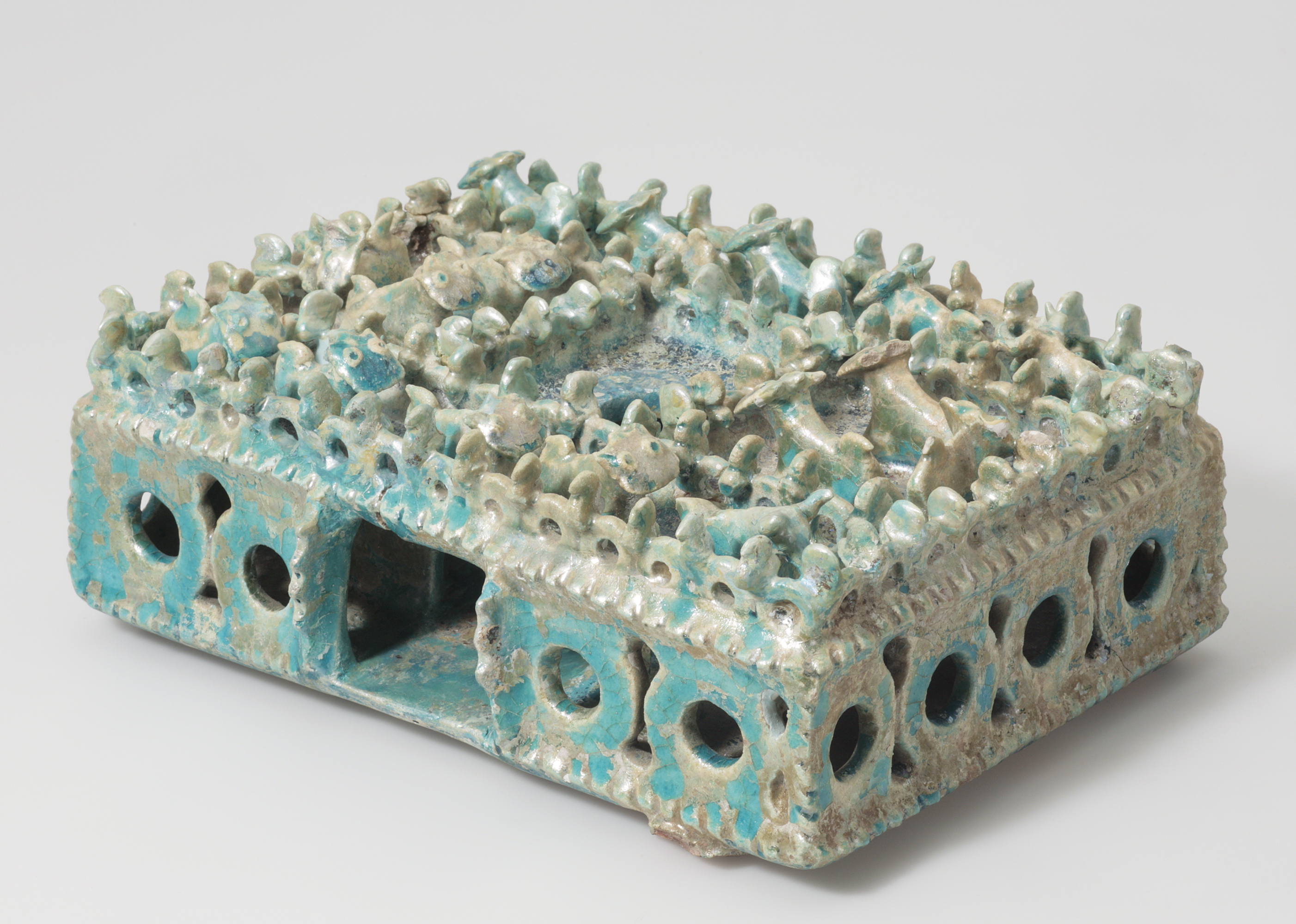 The roof is divided into compounds or pens, each filled with stocky felines and some long-horned animals, perhaps cattle or goats.

Such ‘house models’ could well have been children’s toys. Later in the 13th century, however, they seem to have been adopted by elements of the Mongol invaders who were still Buddhists and used as offerings in the temples and monasteries they founded.