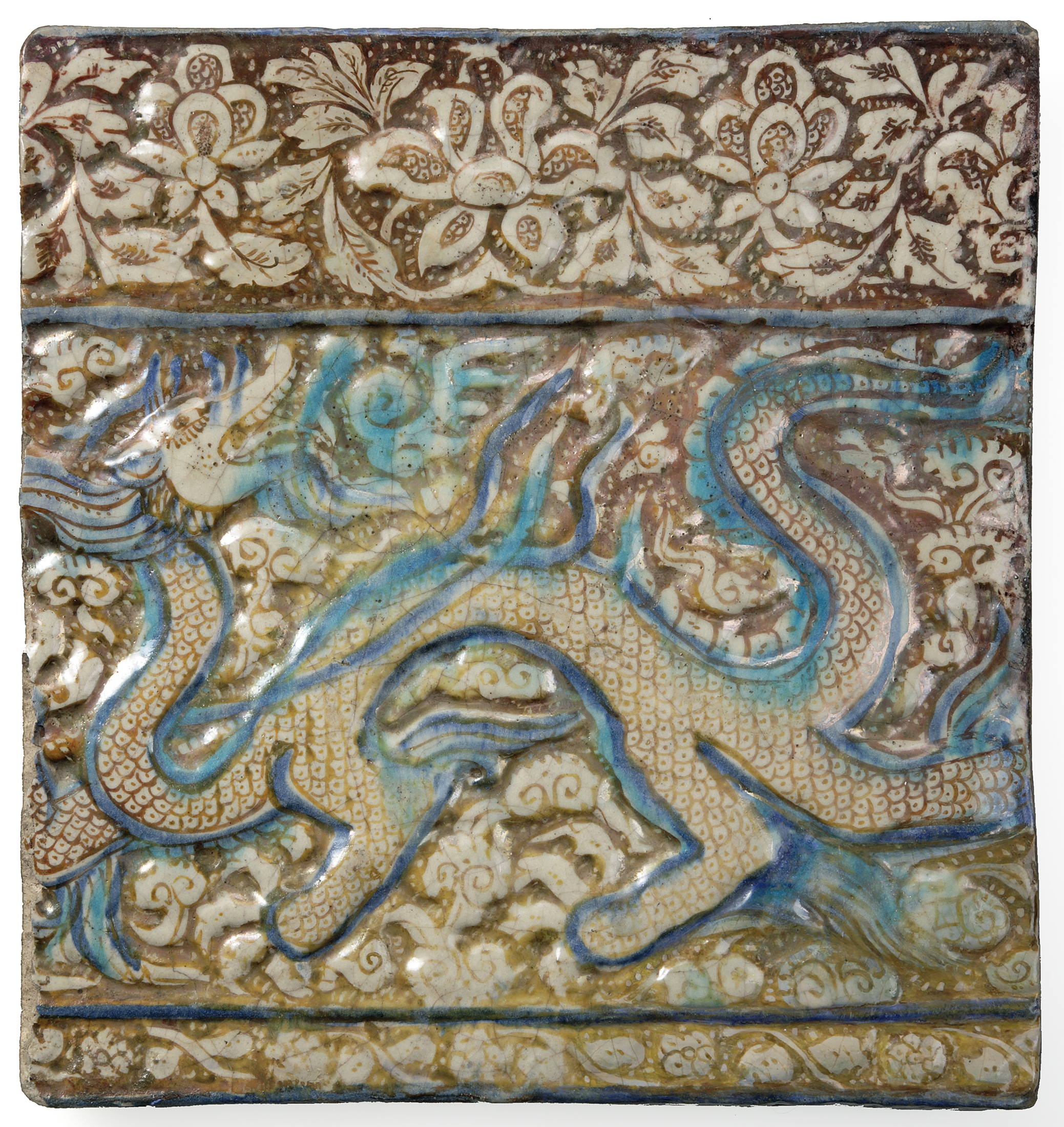 Frieze Tile with a Dragon

Frieze Tile with a Dragon

The main field on this tile bears a dragon with its head turned back and a flaming pearl between its open jaws. The ground is filled with cloud scrolls reserved in lustre. Above it is a wide frieze with a lotus scroll. The tile is probably from the palace at Takht-i Sulayman built by the Ilkhan Abaqa Khan between 1270 and 1275 AD. Tiles from the site are among the earliest recorded examples of the use of designs from Chinese sources in Ilkhanid art.

Monochrome turquoise glazed brick- or tile-work was first used to decorate exteriors of the predominantly brick architecture of Iran and Central Asia in the early 12th century. By the beginning of the 13th century, cobalt blue and white were coming into use to enhance the range of colours but tile mosaic did not develop further till the revival of Islamic architecture following the conversion to Islam of Ghazan Khan in 694 AH (1295 AD). Kashan ransomed itself from Mongol attack and the potteries survived, despite the catastrophic decline in demand resulting from the loss of their markets. From the early 13th century lustre-painted tiles, both monumental mihrabs and dadoes, were used to furnish shrines and later patrons, such as the Ilkhanids, regarded them as Kashan’s most desirable product. Many of them are dated, which enables us to trace their production through the 13th and early 14th centuries, virtually decade by decade. The subject matter of the pictorial tiles was of two types: literary, notably episodes from Firdawsi’s Shahnamah or Nizami’s Khamsah, or, in the case of confronted animals, bestiaries or books of beasts; and chinoiserie, as in this tile, relating to the Ilkhans’ subordination to the great Khans in Mongolia ruling as the Yuan dynasty from their capital in north China.