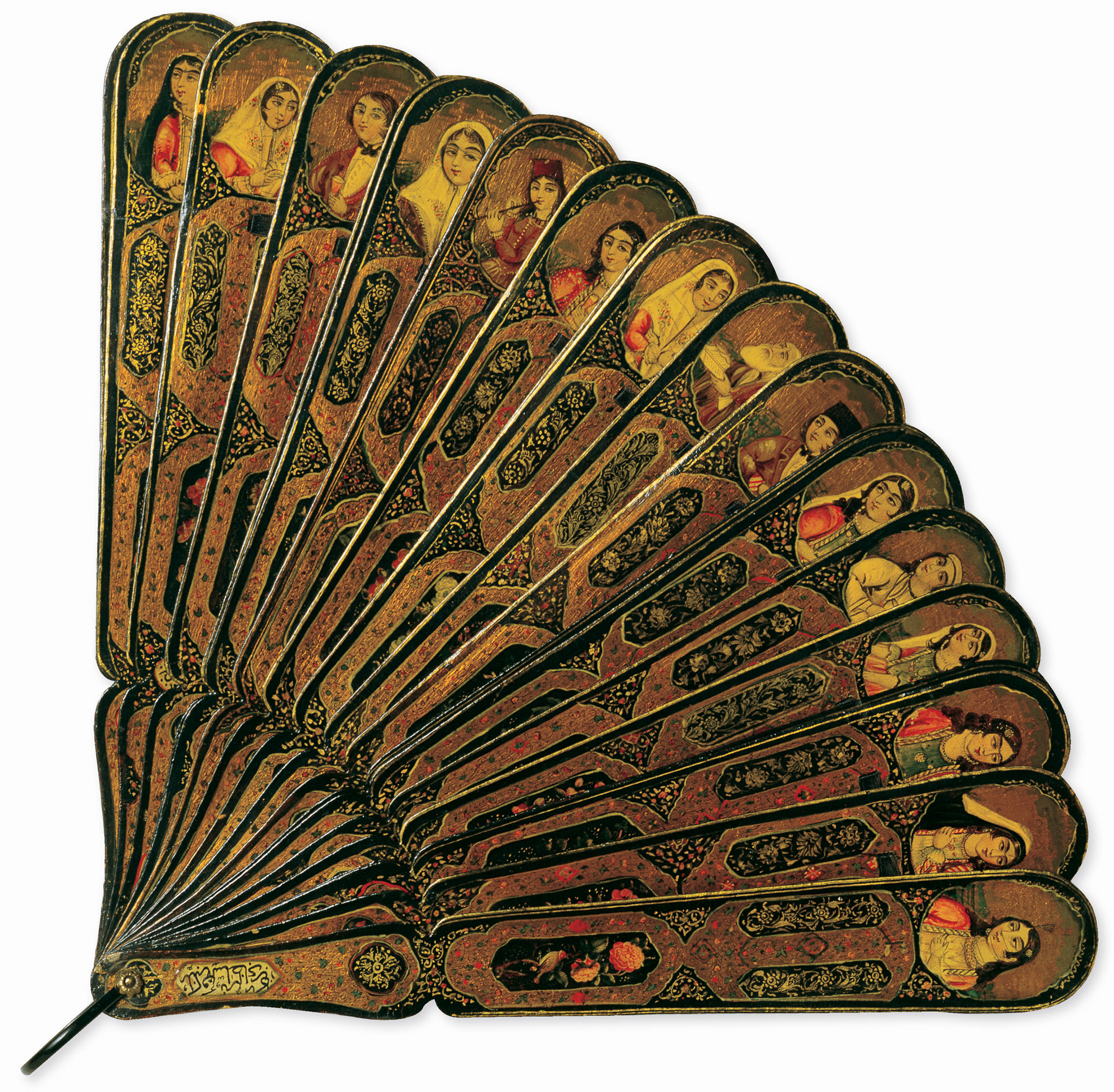 20 papier-mâché sections, painted and varnished; pivoted at the base and formerly connected by a ribbon that has now perished

The sections of the fan have a ground of gold scrollwork on black, or polychrome floral scrolls on gold. Each section bears a bust or half-length portrait of a young man or woman at the wide end, a small panel painted with flowers on a black ground half-way down, and a small panel or a roundel containing an inscription near the pivot. As the sections of the fan have been mixed up, the inscriptions are difficult to reconstruct.

The backs of the sections are painted black and bear coarse decoration in gold. The last is inscribed, ‘[Made] in the workshop of the Sayyid for the lady wife (? –zanah-i) of the Hakim-bashi’.