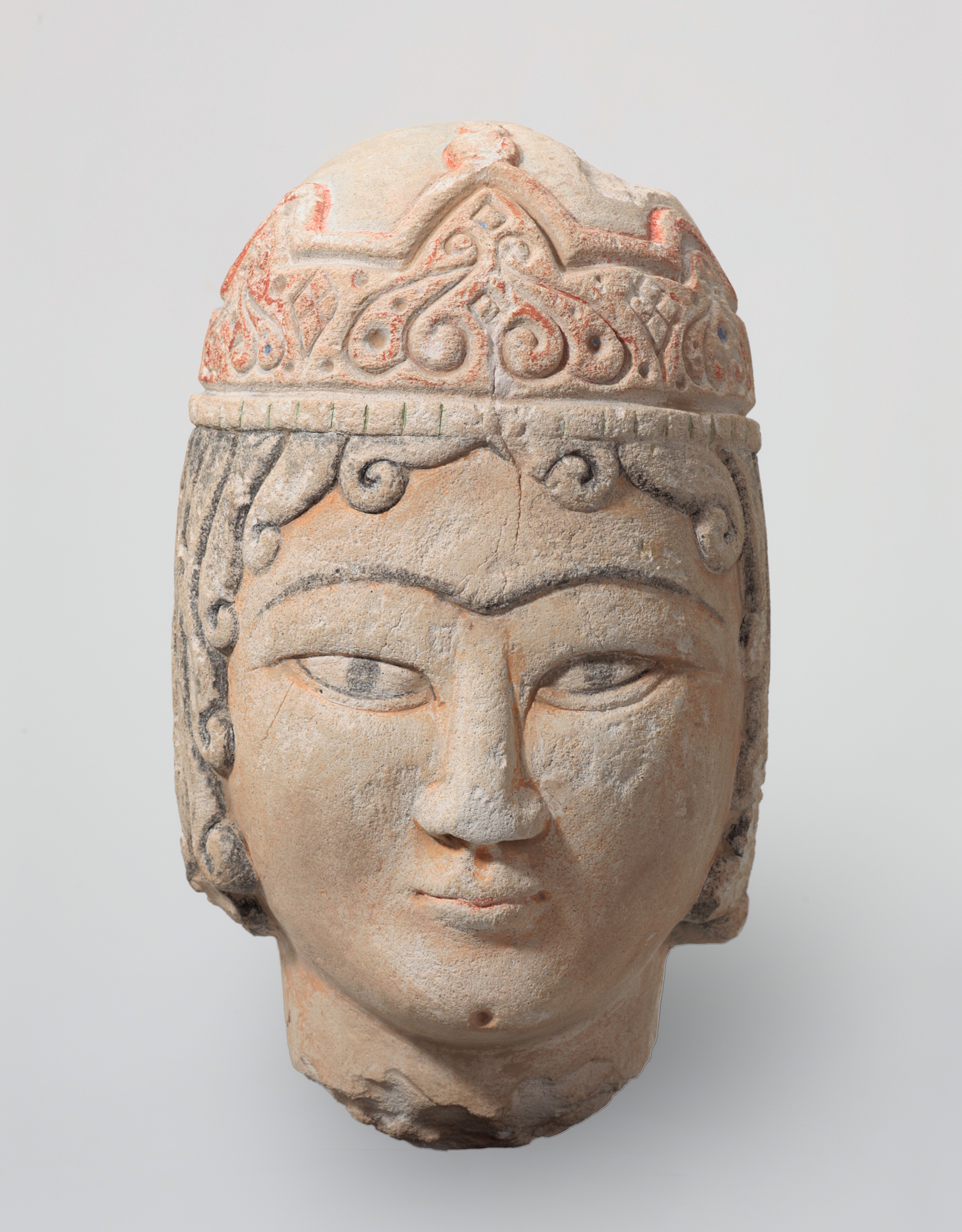 Islamic royal ceremonial, which grew in splendour as the power of the caliphate waned, was already highly developed at the Abbasid court in 9th- and 10th-century Baghdad. Although the Abbasids were not self-consciously antiquarian, their court protocol was clearly in the tradition of their Sasanian predecessors.

This head, which was attached to the matrix rock at the back, must be from a frieze which decorated the audience hall of a ruler’s palace. The diadem is of recognisably Iranian type, and the curls at the forehead, although not the side locks, are paralleled in 9th-century paintings of slave soldiers from Samarra in Iraq. The features evidently owe a good deal to a Buddhist prototype, perhaps a bodhisattva. Among the few relevant published sources are the paintings of Balalyk-Tepe in southern Uzbekistan (5th–6th century) and of the ruler’s palace at the site of Kala-i Kakhkakha, phase II (datable to the 8th century), medieval Bunjikath in northern Tajikistan.