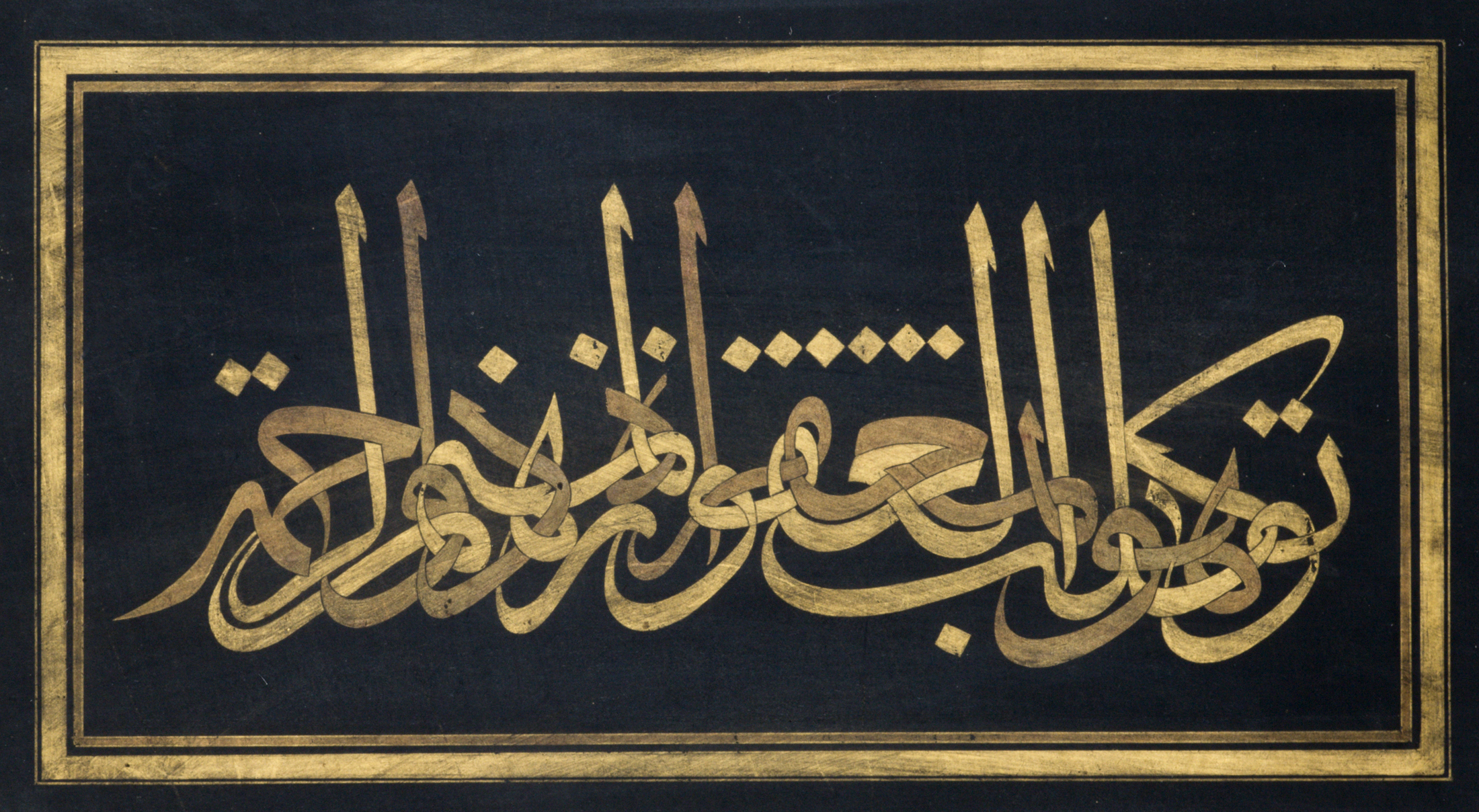 gold, on black-coated board

‘Interwoven’ inscriptions became increasingly popular in Ottoman Turkey in the 19th century, although earlier examples are known, particularly in architectural decoration. Here, the words are  alternately written in two tones of gold, with many letters shared between words.