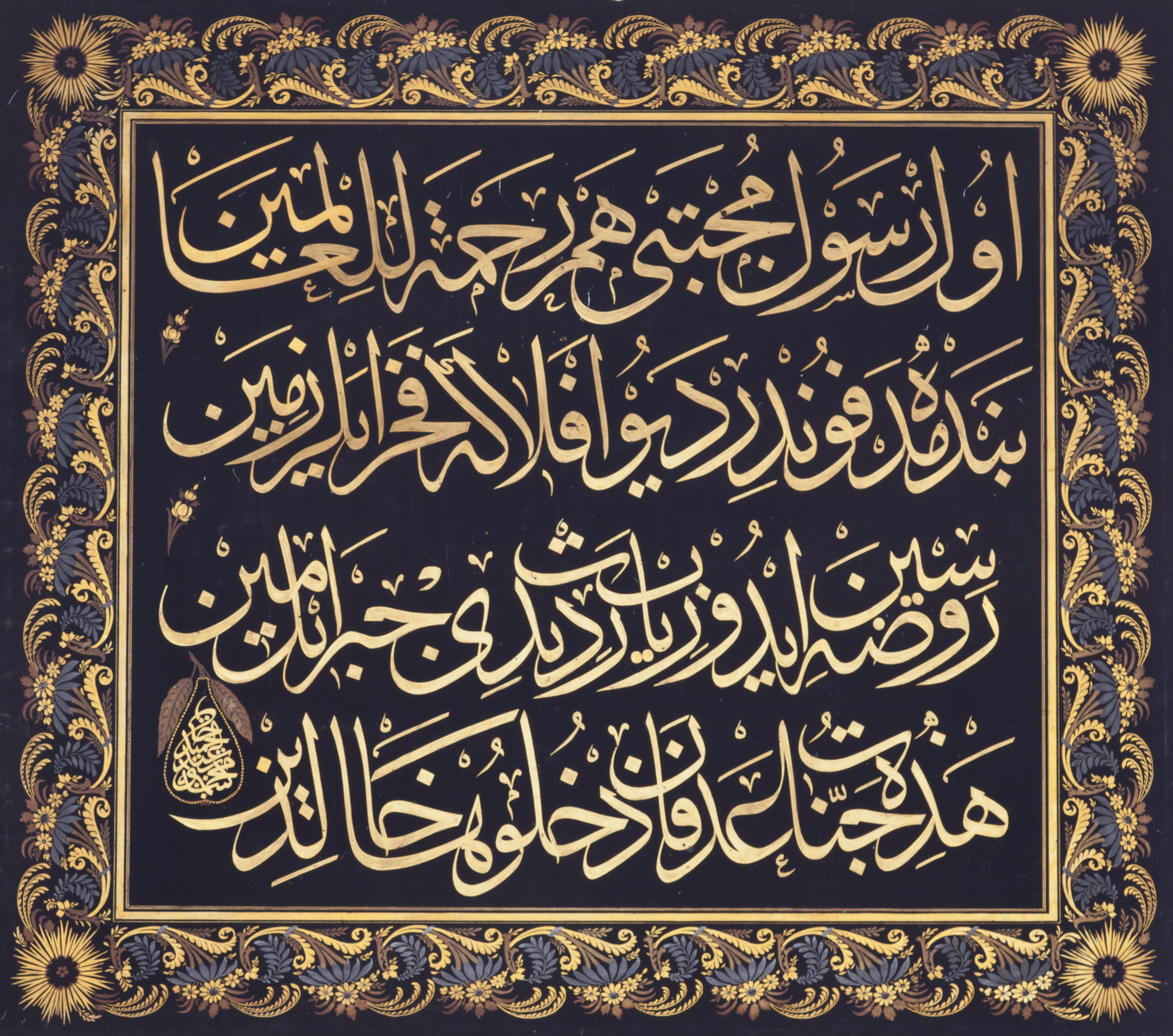 gold and silver, on black-coated paper

The composition, a poem in Ottoman Turkish in praise of the Prophet, bears the signature of the Ottoman sultan Mahmud II (r. 1808–1839). The signature, which is in the shape of a pear, reads, ‘written by Mahmud ibn ‘Abd al-Hamid Khan.’

Another example of this composition signed by Mustafa Rakim and dated 1811 is known, and it is likely that the Sultan’s version is a copy of the latter: copying the work of masters would have been an essential part of Mahmud’s training as a calligrapher.

Mustafa Rakim, who was calligraphy teacher to Sultan Mahmud, is also said to have designed the form of the sultan’s signature. [see CAL 312]