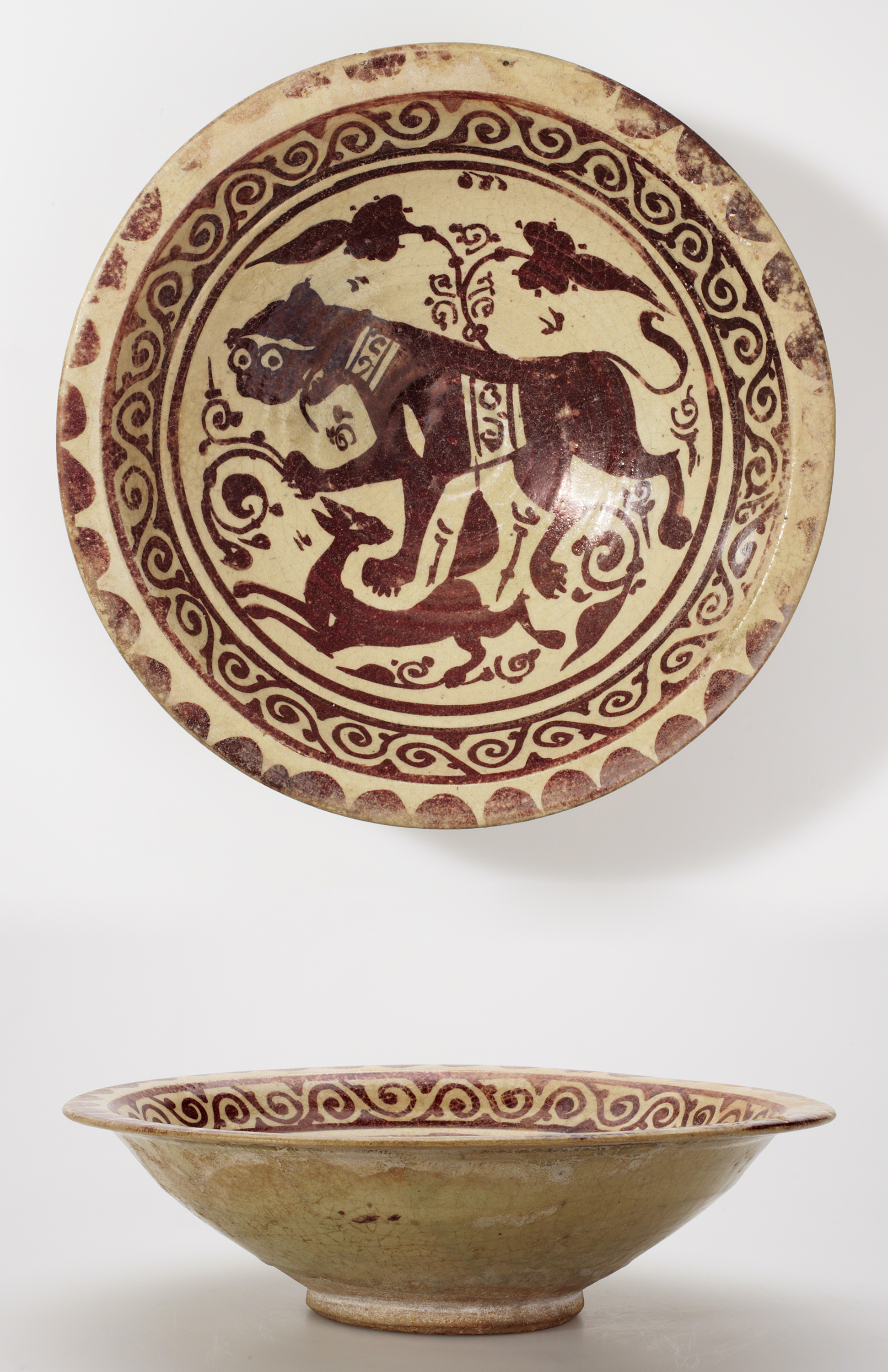 Bowl with a Lion Attacking a Fox

Bowl with a Lion Attacking a Fox

It is now thought that stonepaste wares and lustre painting reached Syria from Fatimid Egypt almost simultaneously, in the late 11th or early 12th century, most probably through migrant craftsmen who later in the 12th century moved eastwards to Iran. They evidently established themselves in north-east Syria on the Euphrates (notably at Raqqa), but some pieces, including this example, have been associated with the site of Tell Minis, south of Aleppo and are consequently known as ‘Tell Minis wares’. The decorative repertory, generally in a monochrome chocolate lustre, is much influenced by the work of the Fatimid Egyptian lustre-painters on pottery and glass.

The treatment of the decoration on this bowl, a lion attacking a fox on a ground of floral scrolls, is similar in style to the work of the Fatimid-Egyptian lustre painter, Sa‘d, who worked on both pottery and glass in Fustat (Old Cairo) in the early years of the 12th century.