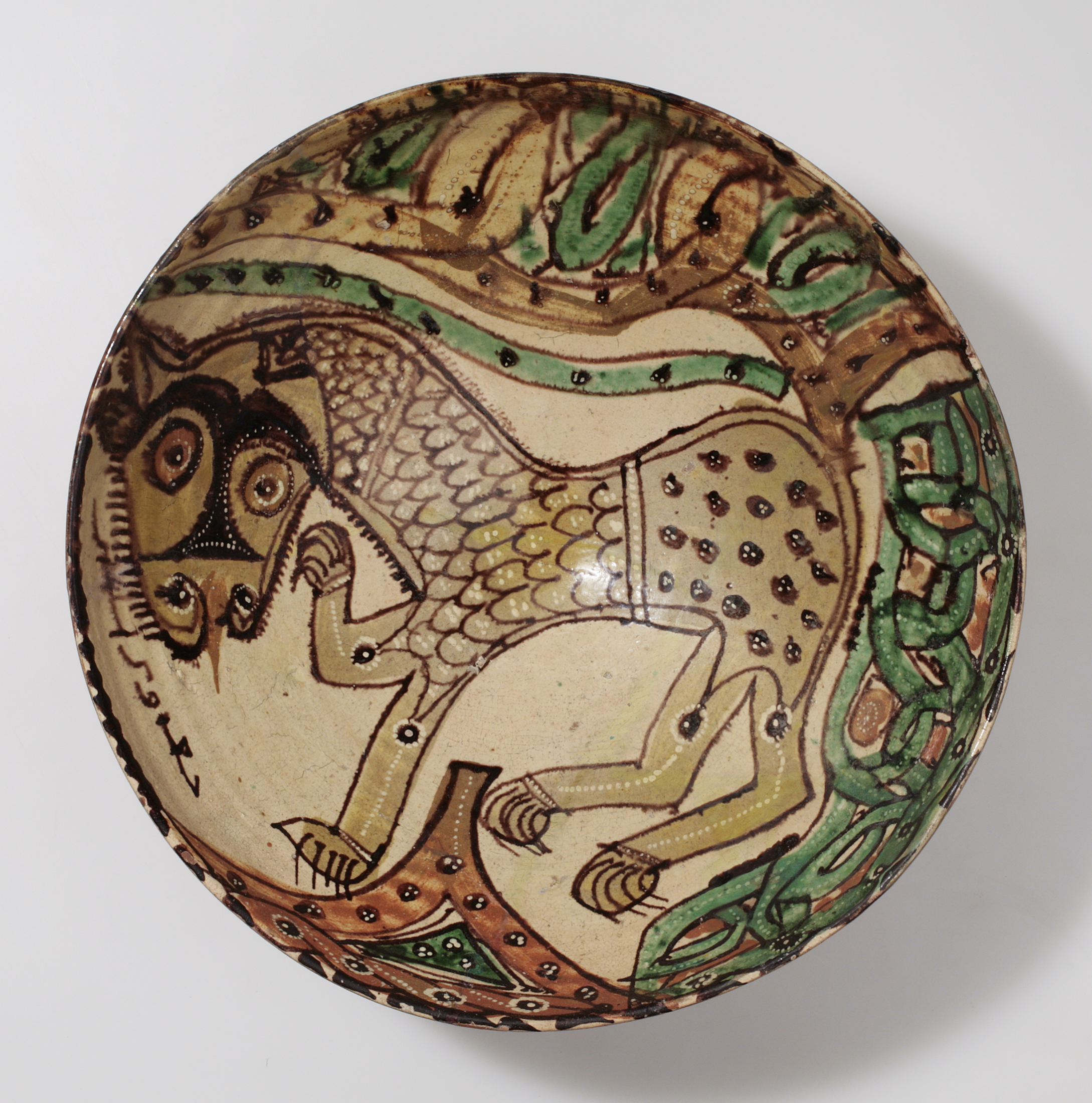 earthenware, slip painted with polychrome staining under a colourless glaze

The mountainous and thickly wooded provinces of northern Iran were slow to accommodate the coming of Islam, and pre-Islamic beliefs persisted in some areas until the 12th century. They were equally tenacious in holding on to Sasanian traditions, and the highly stylised lion decorating this bowl is a recognisable version of the lions which had decorated Sasanian silver dishes of the 5th and 6th centuries.

The name, Ja‘far ibn Husayn, that appears near the lion’s head is most probably the potter’s signature.