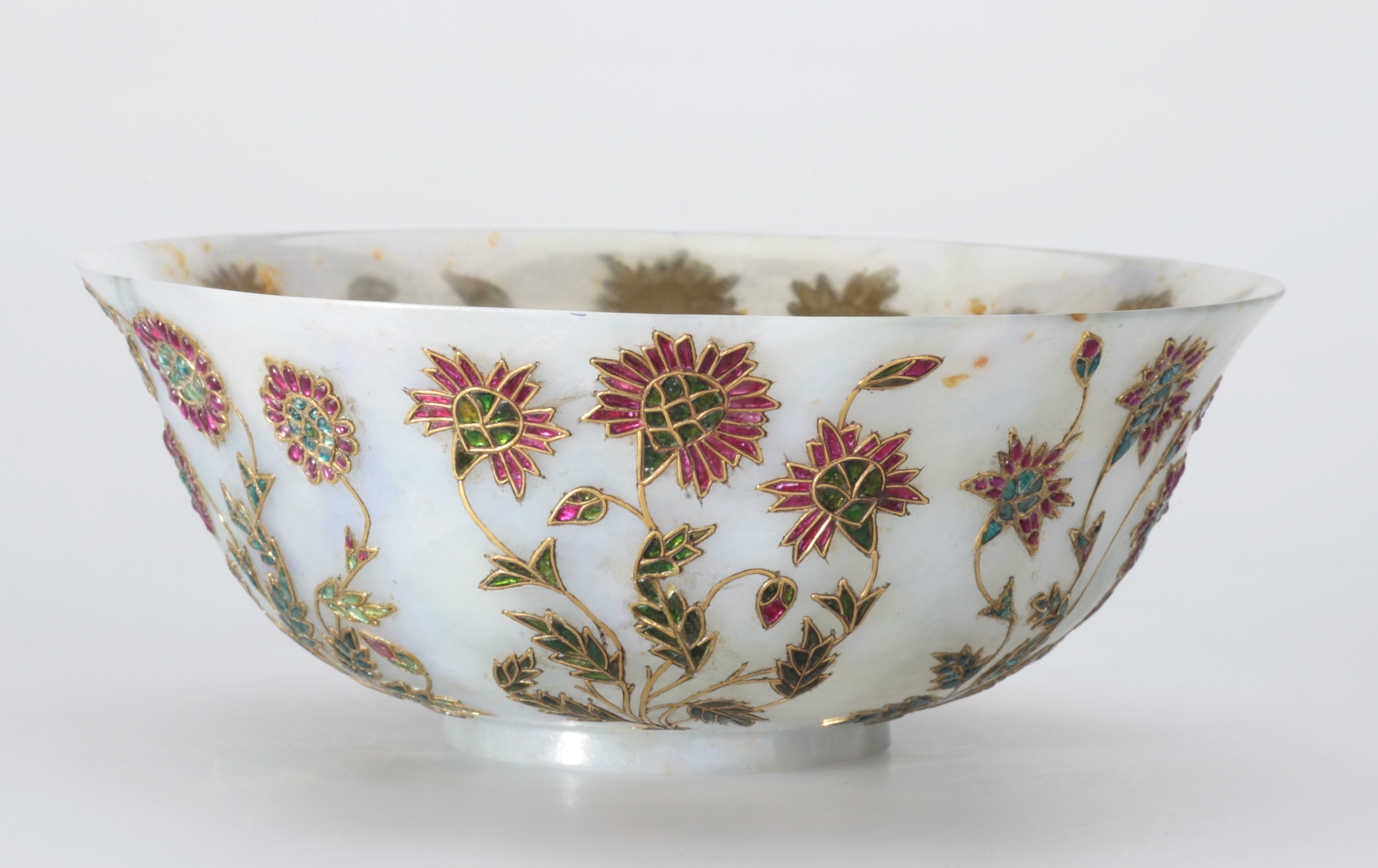 The exterior of the bowl is decorated with six flowering plants inlaid in gold wire, not in kundan as is traditional in Mughal goldsmiths’ work, and set with glass. The serrated poppy-like leaves are various shades of bluish green, and the flowers, which vary in style, are red with green centres. The plants each have three blooms on undulating leafy stalks with one or two buds or partly-opened flowers. At least one leaf of each plant is twisted at the tip, a common feature in art produced during Shah Jahan’s reign. Although clearly inspired by 17th-century Mughal floral decoration, the stylization is that of the 19th-century revival and it seems evident that the inlaid and inset decoration was added some time after the bowl was carved. Although some of the drill holes and channels – used to fix the gold inlay – have not been utilized, it would appear nevertheless that the drilling is contemporary with the inlay.

The shape of the bowl, with its low foot and gently flaring rim, is modelled on a traditional Chinese porcelain prototype. Because the walls are more thinly carved than most Mughal jades of the period, it is also possible that the bowl was imported from China and decorated in northern India.  The nephrite has been given a lustrous polish with slight ‘orange peel’ undulations. The interior of the bowl is plain suggesting that it was intended for use – even after it had been decorated in the 19th century.