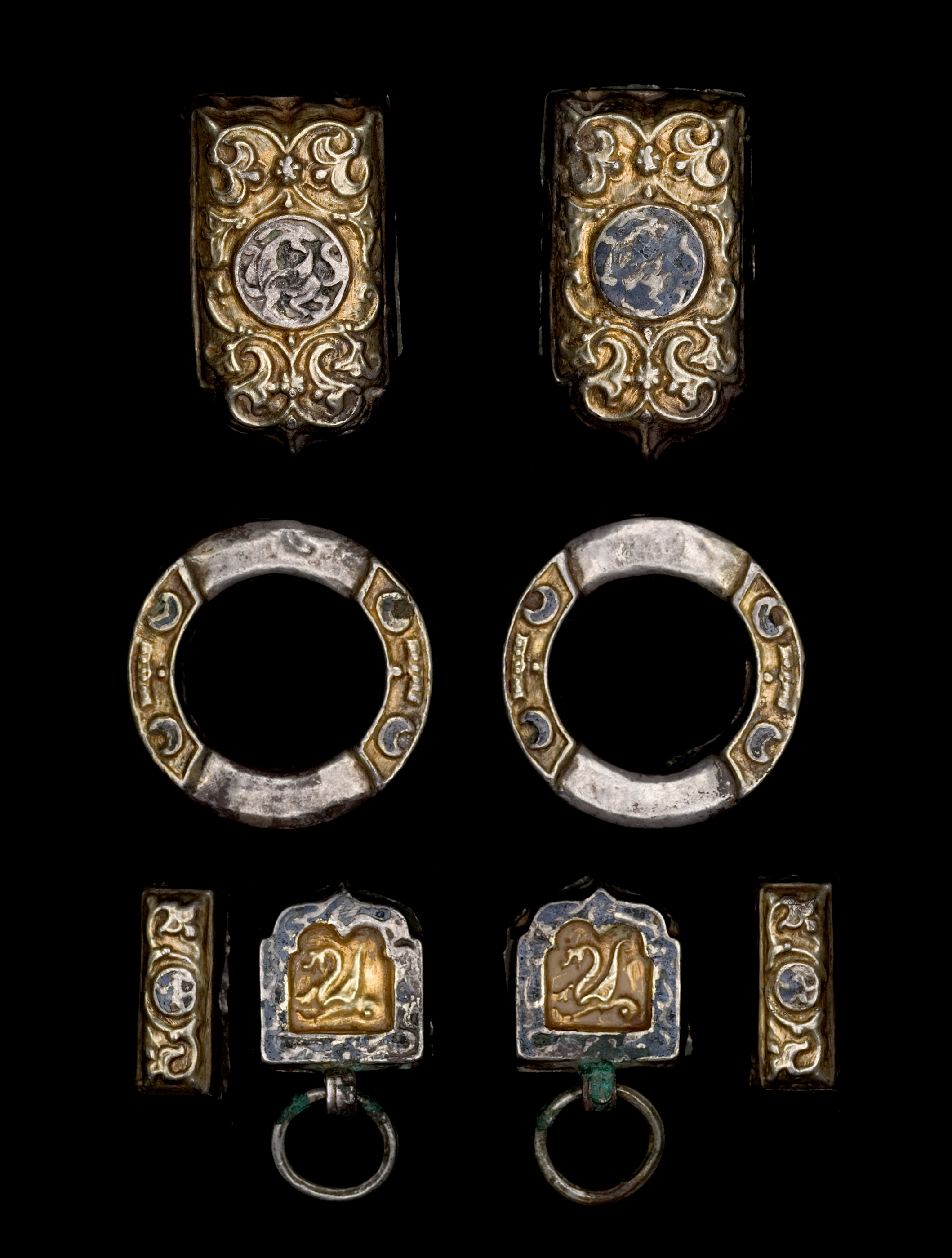 These fittings were most probably from a single belt, as suggested by their technique and decorative repertory. They can be attributed on stylistic grounds to a  goldsmith’s workshop in 13th-century Seljuk Anatolia, where similar scrollwork is characteristic of both architectural decoration and woodwork.