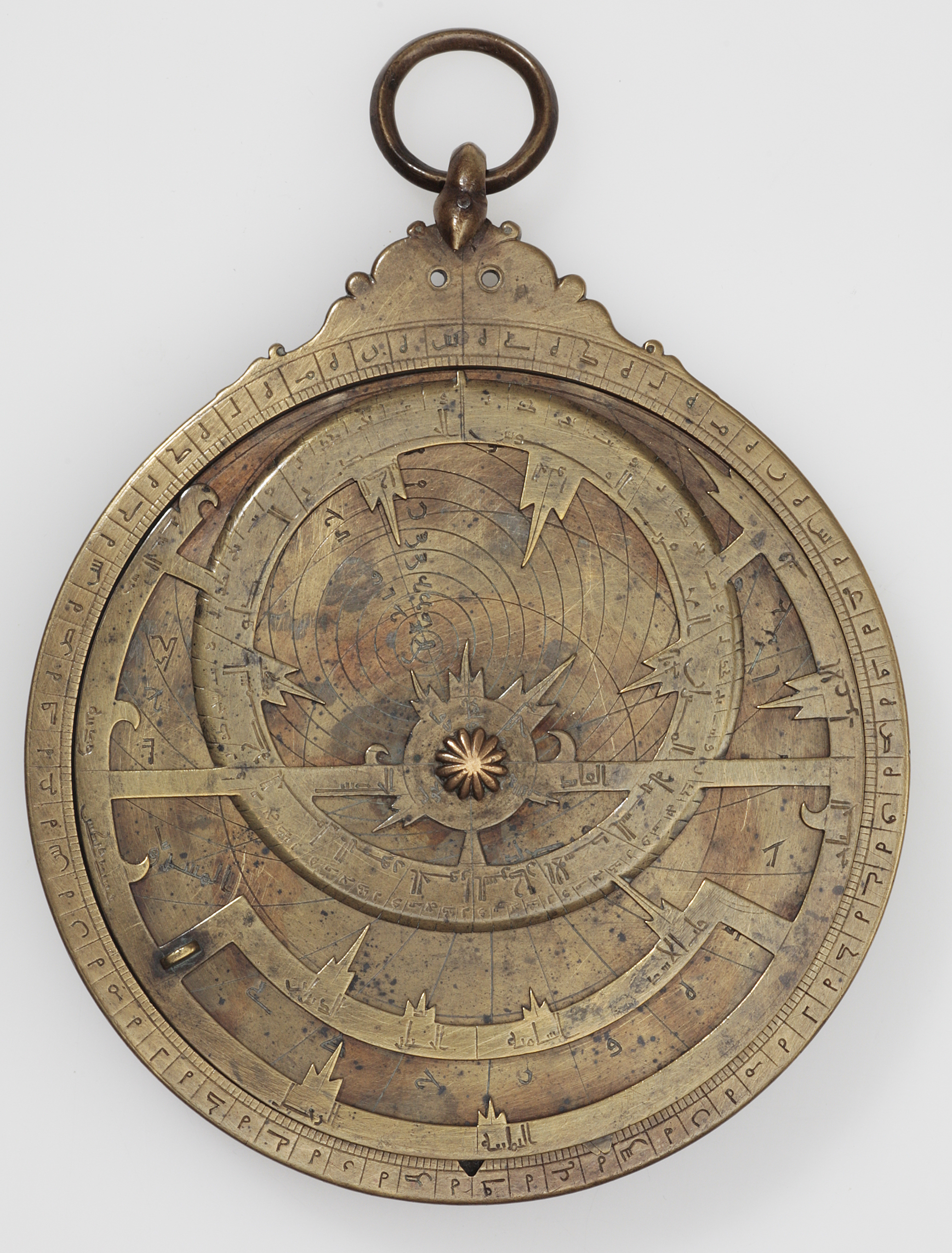 The mater of this astrolabe houses two plates and is overlaid by the rete and, on the reverse, by the alidade. The craftsman’s signature appears on the back.

Apart from its early date, this astrolabe is particularly interesting because the star pointers of the rete give not only stars from the Babylonian-Hellenistic (and ultimately European) star lists but also individual stars with pre-Islamic Beduin names. These, of course, remained important long after the coming of Islam for they were invaluable aids to navigation, and in many ways were of more practical use than the arbitrary division of the heavens into the classical constellations, which Islamic astronomy and astronomical instruments overwhelmingly favoured.