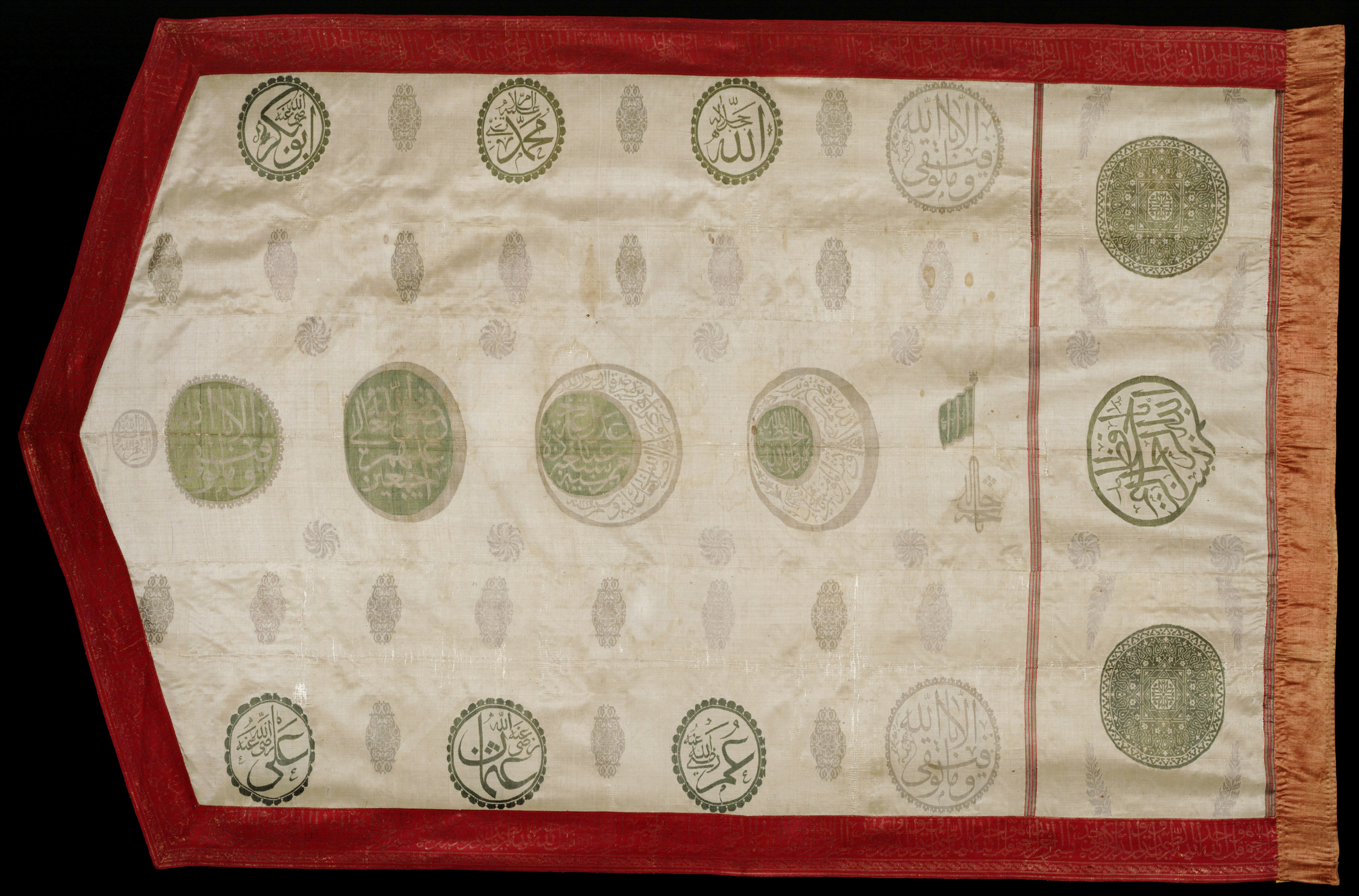 The beige ground is brocaded with small cartouches and three rows of medallions, mostly with inscriptions: prayers (du‘a) for God’s aid, invocations of Muhammad and the first four caliphs, and Qur’anic verses. At the right of the central row is the banner of Ayyub al-Ansari, the Prophet’s standard-bearer who was believed to have been killed at the walls of Constantinople in 52 AH (672 AD). The border, which is a separate piece sewn on to the banner, bears the surah al-Ikhlas (CII) repeated, in metal thread on a crimson ground.

Many early 19th-century Ottoman banners are facsimiles of earlier banners, such as those captured at the relief of Vienna in 1683 or in the Habsburg victories of the following decade and now in European collections. The dates on the copies indicate that they must have been for the campaigns of Mahmud II (r 1808–1839) or of Muhammad ‘Ali, governor of Egypt (r 1805–1849), against the Wahhabis in the period 1813–20, but the precise reasons for their production have yet to be established.