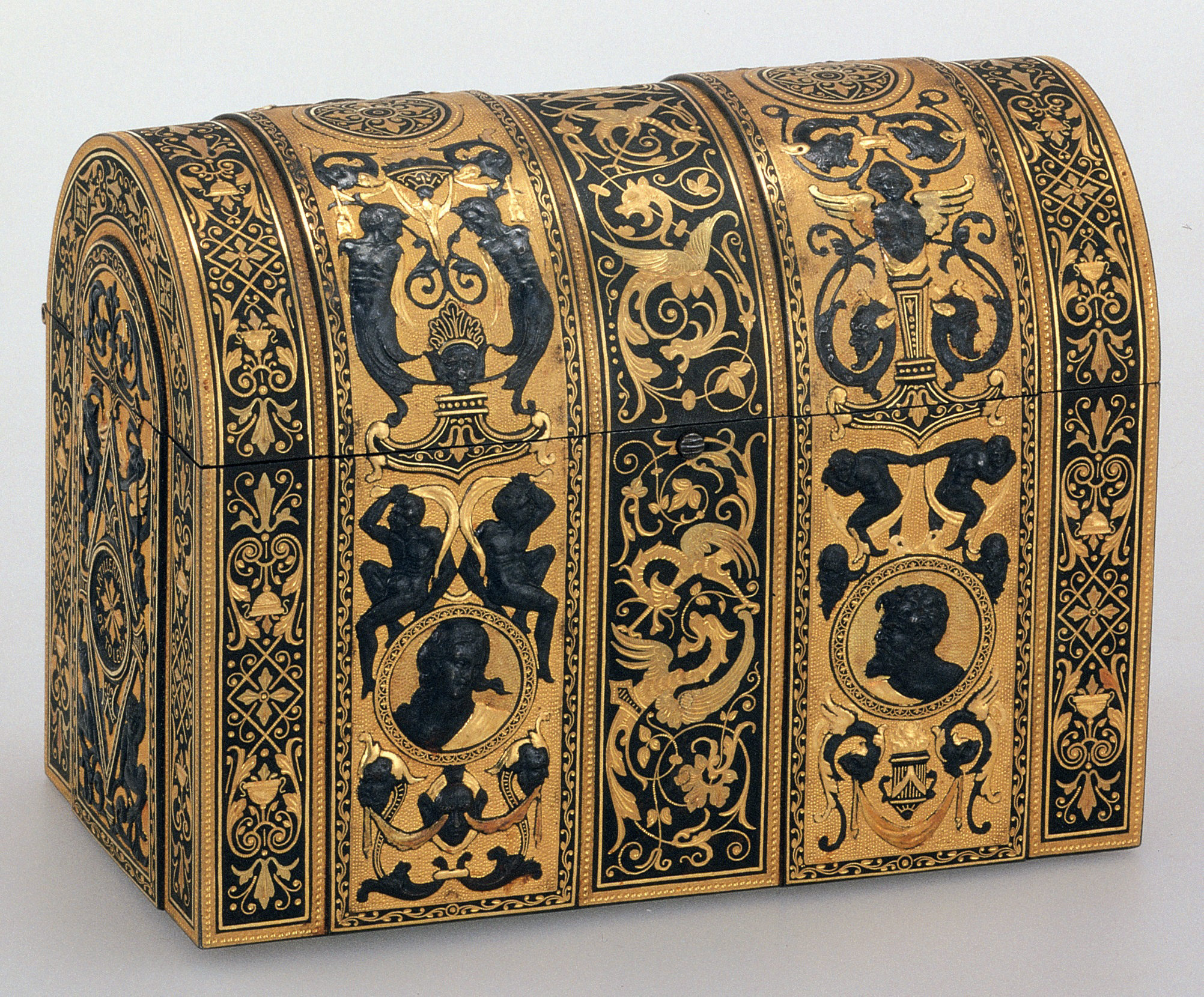 In its shape this casket is reminiscent of Plácido Zuloaga’s caskets of the 1870s and 1880s. Its domed lid is hinged at the rear, and fastened by a spring latch operated by a push-button. The casket is decorated entirely in Renaissance ornament; its front, top and back are conceived as a unit, and are divided into five vertical decorative bands. The central band is black, covered with animal grotesques and baroque floral volutes of the type seen on the Fonthill Casket (see ZUL 102). These are damascened flat in red and green gold, and are lightly modelled with a variety of punches. This band has two borders, one narrow in green gold and the other in matt red with a series of punchmarks.

The second and fourth bands, which are applied over the box’s surface and stand in relief, have a punch-stippled matt background of red gold. Repoussé relief consists of Renaissance-style human figures, grotesques, urns, swags, and garlands, all of which have been individually applied. The humans and grotesques are finished in polished black, again reminiscent of the Fonthill figures; the swags are in green gold. In the centre of the panel on the body of the casket a raised roundel frames a classical female bust on the left, and a male on the right. The frame of the roundel is decorated with an impressed moulding. The outer bands have stylized foliate damascening in red and green gold. The rear face of the casket is virtually identical, but with the classical busts facing in opposite directions.

The two ends are decorated in similar fashion. Several narrower bands form arches, and a central panel contains typical black repoussé figures. In the centre of the right end is a roundel corresponding to those on the front and back containing a gold damascened trophy of flags and lances, around which is the signature inscription given above. A corresponding roundel on the other end contains floral ornament with no inscription.