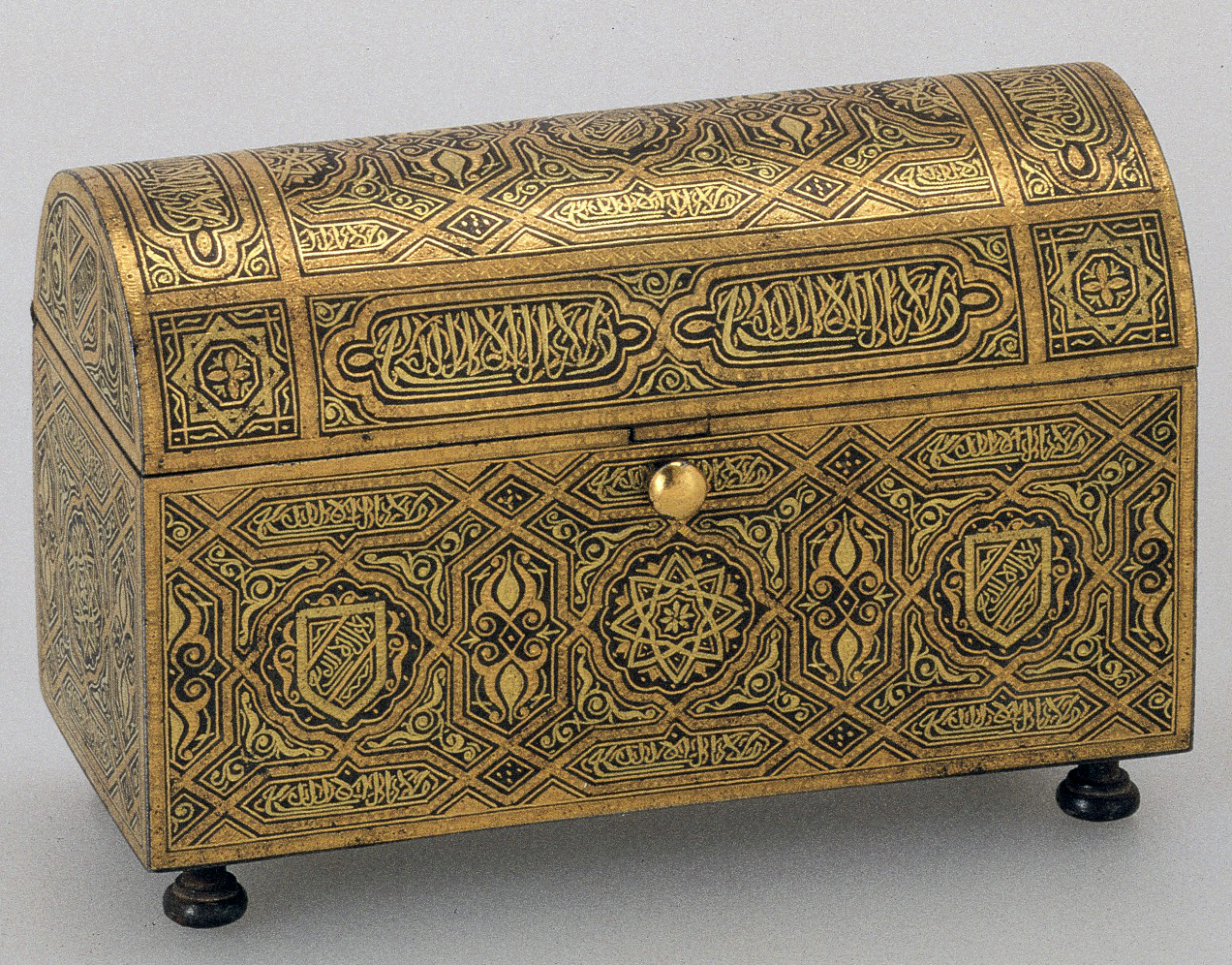 The casket has its lid hinged at the rear and secured with a spring-loaded catch with a push-button release. It rests on four turned bun feet. Toledo seems to have adopted the domed casket of sixteenth-century form revived in Spain by Plácido Zuloaga in the 1870s. This casket, rather than continuing the trend for Renaissance decoration, has been created in what was to become the predominant Toledan theme, mudéjar design taken from local architectural sources. This differs from Eibar, with its dependence upon photographic representations of the Nasrid architectural ornamentation of the Andalusian south, or more specifically, Granada. However, even in Toledo, abounding in mudéjar sources, the Nasrid motto and shield are an element from an earlier rather than continuing tradition, and were probably adopted from Eibar models of southern inspiration. The elements of the design are all familiar, having also been encountered on the jambiya dagger ZUL 114. The Nasrid motto becomes on this piece a major decorative element, appearing twenty-six times in cartouches and seven more in the shield.