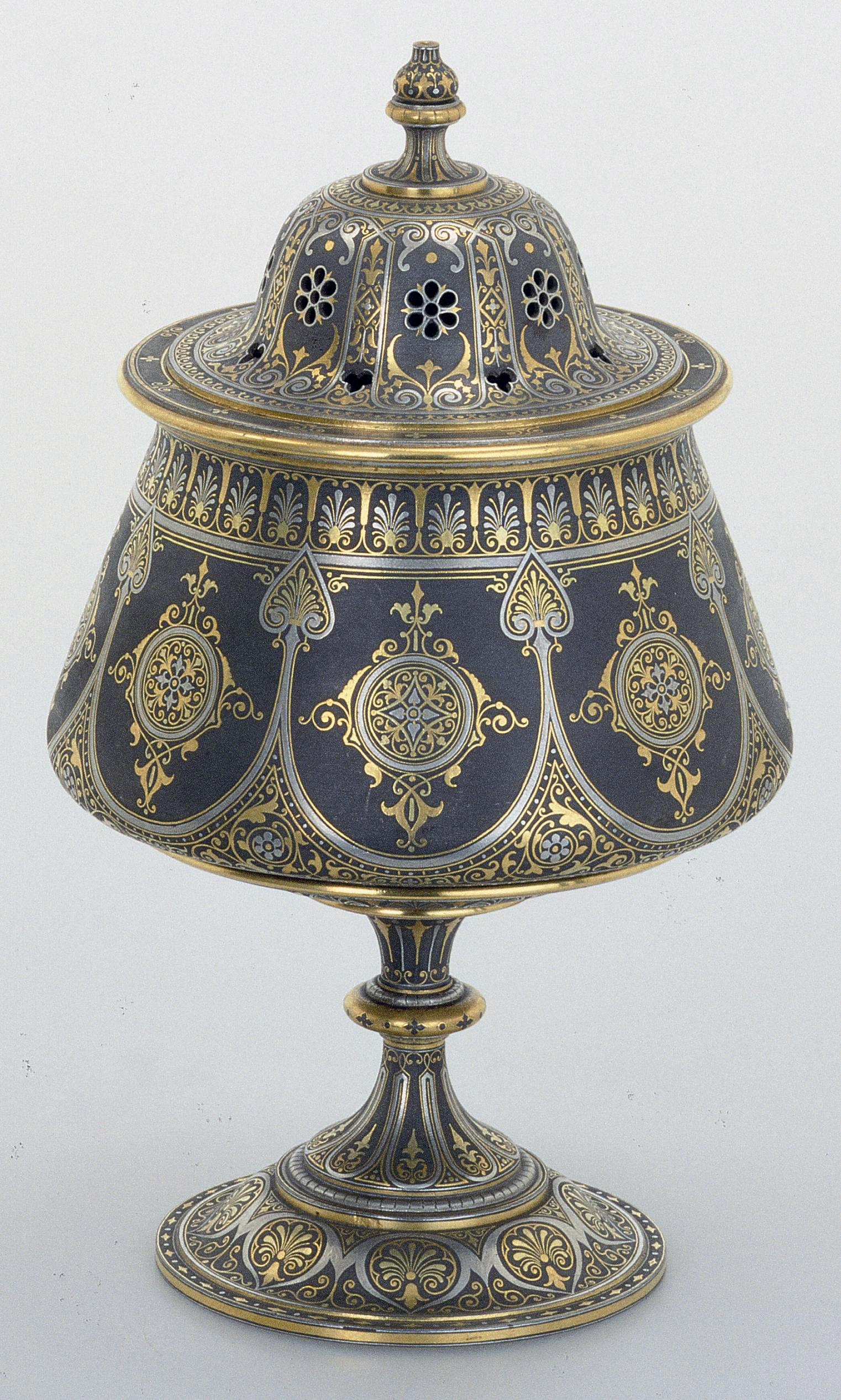 This tazza or covered cup of forged iron has been assembled from a number of elements, all turned on the lathe. Its applied ornament consists entirely in a combination of gold and silver damascening and holes drilled into its cover.

Plácido’s damascene patterns are formulaic: both cup and cover are divided vertically into eight decorative areas, those of the body being in the form of large scallops containing circular ornamented medallions. Ribbons of silver leaf delineate these areas. Foliate decoration is mainly comprised of arabesques containing simple palmettes. Another frequently repeated element is the framed anthemion. In this instance, not only the base of the foot, but also the lip of the cup and the central ring of the pedestal have a running band of quatrefoils.