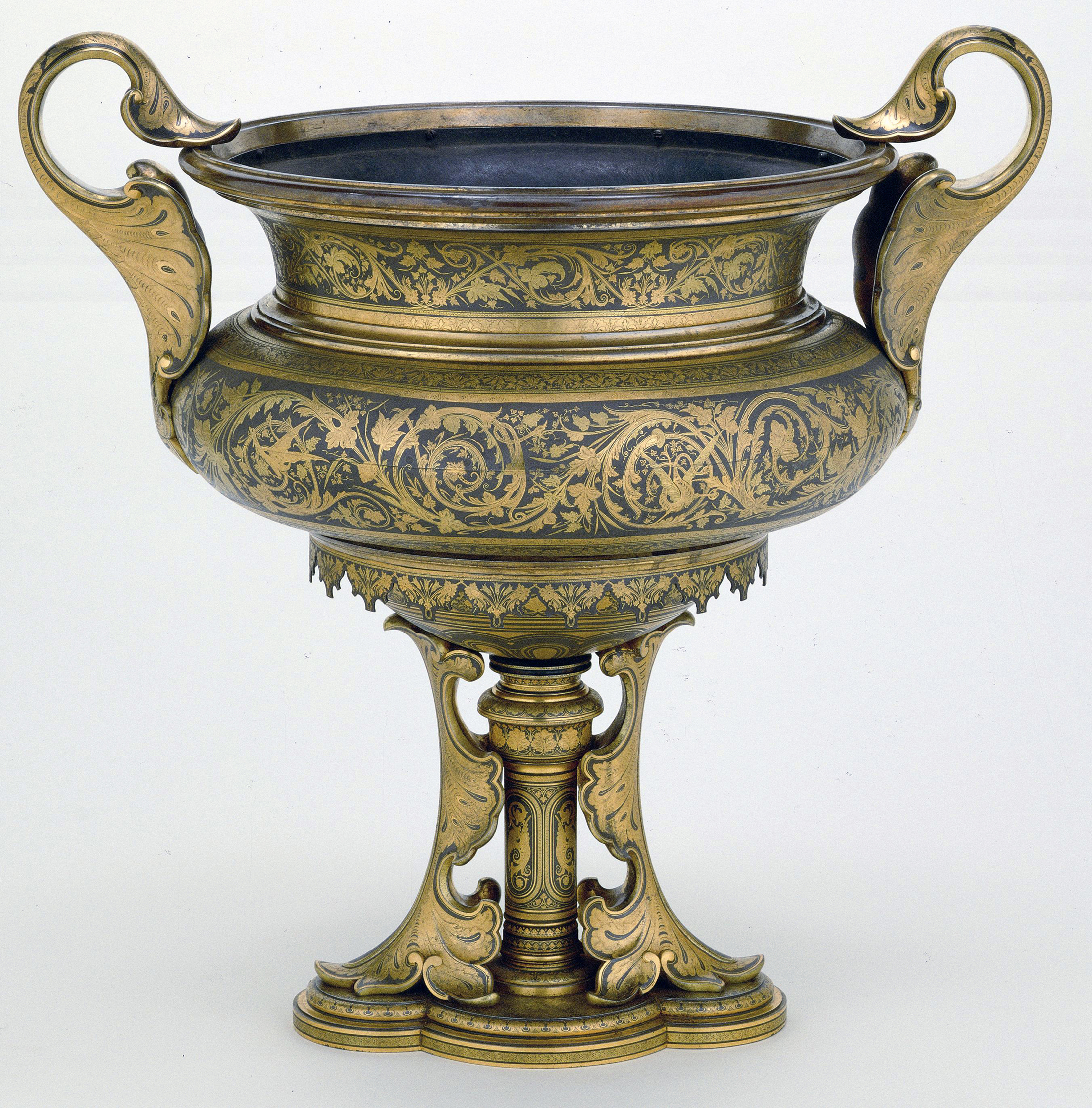 This large iron vase is an impressive example of hand forging.  Each of its eleven elements has been hammered and filed separately before being assembled to create a vase of classical form.  The two-piece bowl, composed of a lower bulbous section and an upper short neck, is finished with a separate applied lip or rim.  Such assembly was required since the various elements could not be fired evenly in the forge, nor could they successfully be hammered as a unit on the anvil or swage-block.  Only the central post of the foot appears to be lathe turned. The foot itself is elongated and formed of several semicircles, making it impossible to turn and requiring hand-shaping with chisel and file.  The large acanthus leaves forming the handles and supporting the foot are forged and filed.  While the vase’s form is like that of Victorian iron urns popular during the fad for cast-iron furniture, the similarity ends there.  The skill required to carry out the difficult processes of manufacture of the present piece bears no relationship to the relatively simple pouring of cast iron into a mould.

Both wire and leaf have been used to produce the entirely gold damascene ornament, which has been enhanced by detailing with the punch. This nineteenth-century interpretation of baroque design is unencumbered by Eastern elements.

The size of this urn and its complicated construction make it obvious that the piece was produced on commission. Unfortunately, it is unmarked and the Eibar workshop cannot be definitively identified.