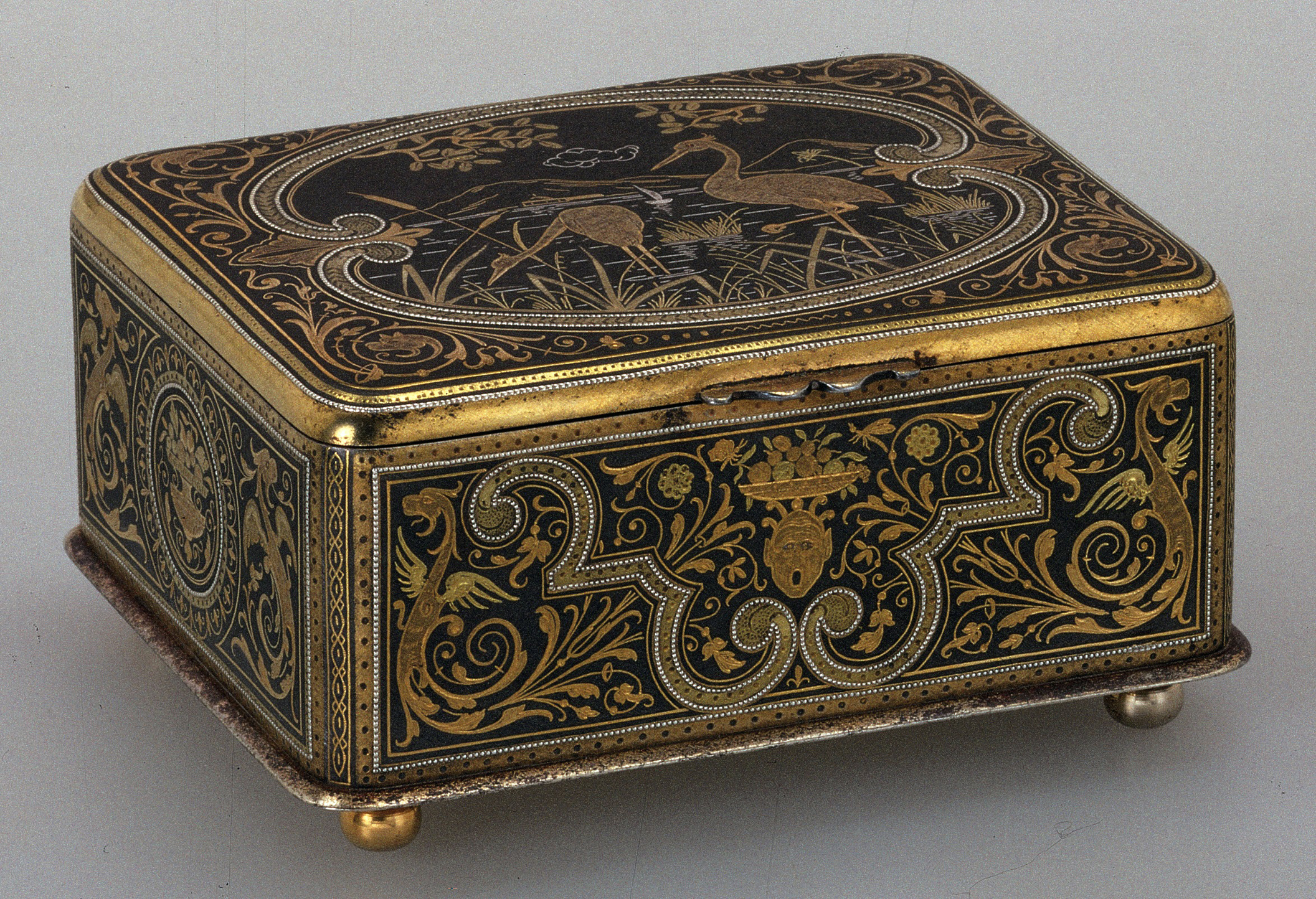 This is a small iron box for holding cigarettes. It has a flat hinged lid and four bun feet, and is damascened overall with the familiar elements of renacimiento style, apart from the novelty on the front of a grotesque human head surmounted by a bowl of fruit. The lid contains a large panel outlined by two opposing C-scrolls, which enclose an obviously Japanese scene of two herons standing in the water at a lake’s edge. In the foreground are rushes and cat’s-tails, and two volcanoes occupy the horizon. Cherry-branches hang from above the two birds. The decoration of the lid, thematically at odds with the remainder of the ornamentation, represents a brief flirtation with oriental themes in Eibar during the 1920s. The trend was not long-lived, but elements from such scenes appeared on a variety of objects during this period.