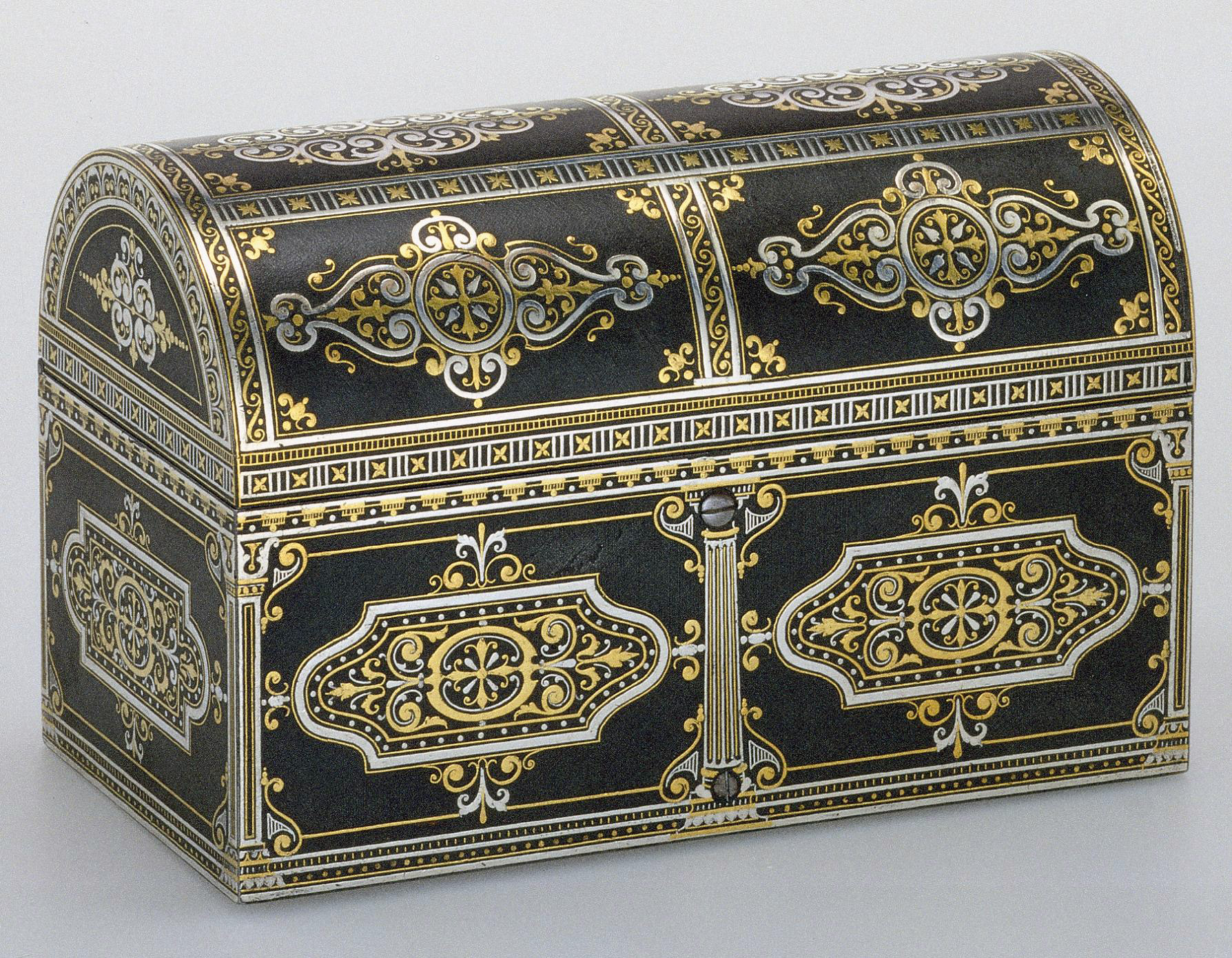 The damascene ornament, applied over a finely hatched and blackened ground, corresponds in general to what has already been encountered on Plácido’s small caskets. However, in this instance the lid and base contain totally different sets of decorative elements, so that these two parts are not united into a coherent whole.

The lower body of the casket is divided into six panels including the ends, enclosing severely outlined lozenges having as their central element opposing C-scrolls surrounding crosses. The vertical divisions of the panels are formed as fluted columns having very simplified acanthus capitals, belonging to no conventional order and showing only one or two large leaves. Plácido employs this same feature in the round on the capitals of the shrine ZUL 95. The only unifying element on the upper and lower halves of the casket is the cross at the centre of ten of the panels.

The casket was made without hasp, handles, or feet. Its lid is secured by a slotted button.