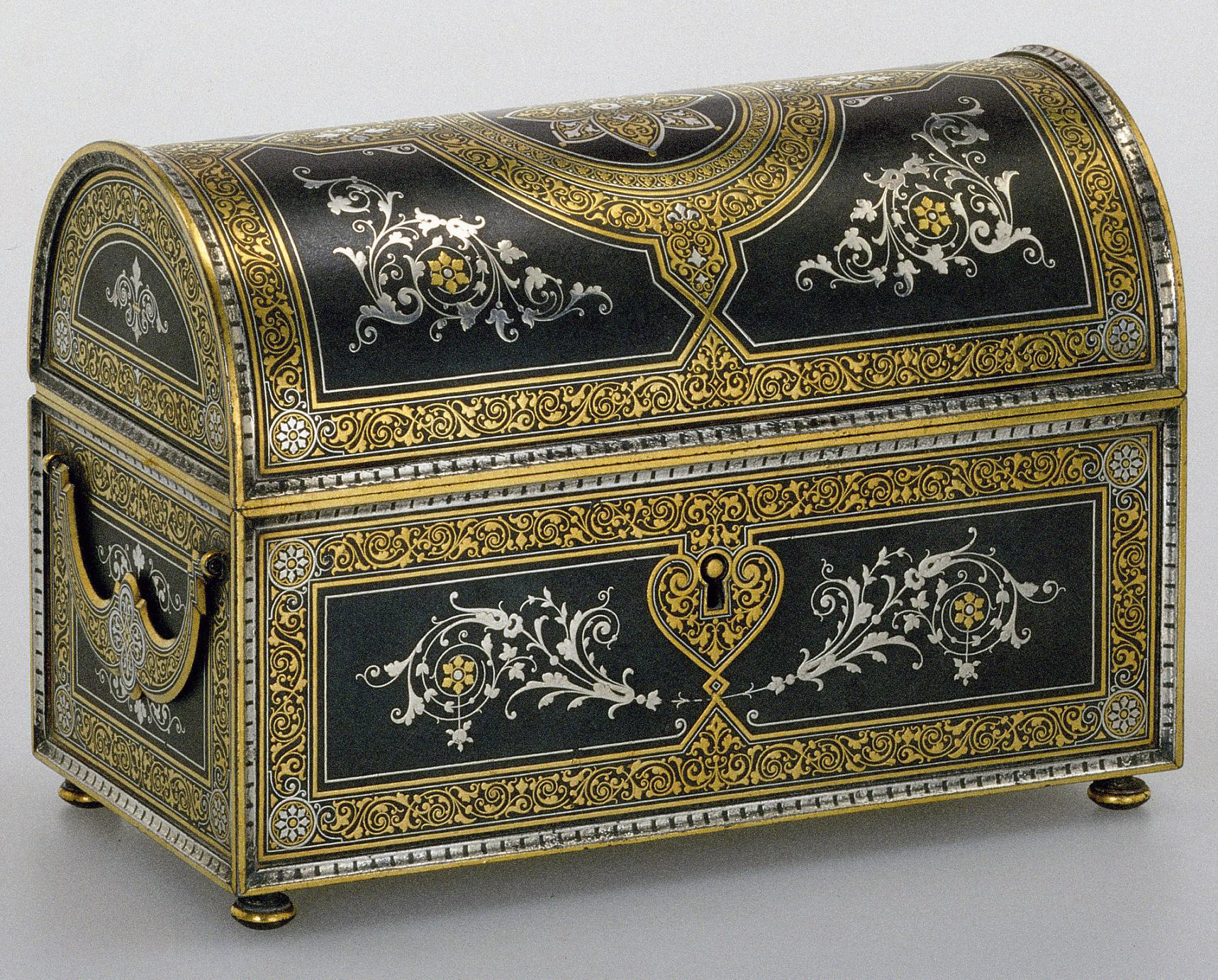 The composition of the ornament of this casket is quite similar to that of other caskets in the collection. The entirely gold damascene foliate borders are interrupted at the corners by circles containing silver stylized flowers. These are of a size which allows them to be contained within the straight lines of the borders. The hatched black panels are damascened with silver-wire baroque foliage in which the central element is a gold flower. At the top of the domed lid, a large circular panel surrounds a large star-like pattern in silver and gold wire instead of a monogram. A heavy silver wire, struck with tiny quatrefoils, outlines the eight iron panels forming the chest.

While this casket has handles at its ends and small pad feet, it is fitted with a keyed lock instead of a hasp. The keyhole is surrounded by Plácido’s recurrent anthemion containing the same gold ornament as the borders.