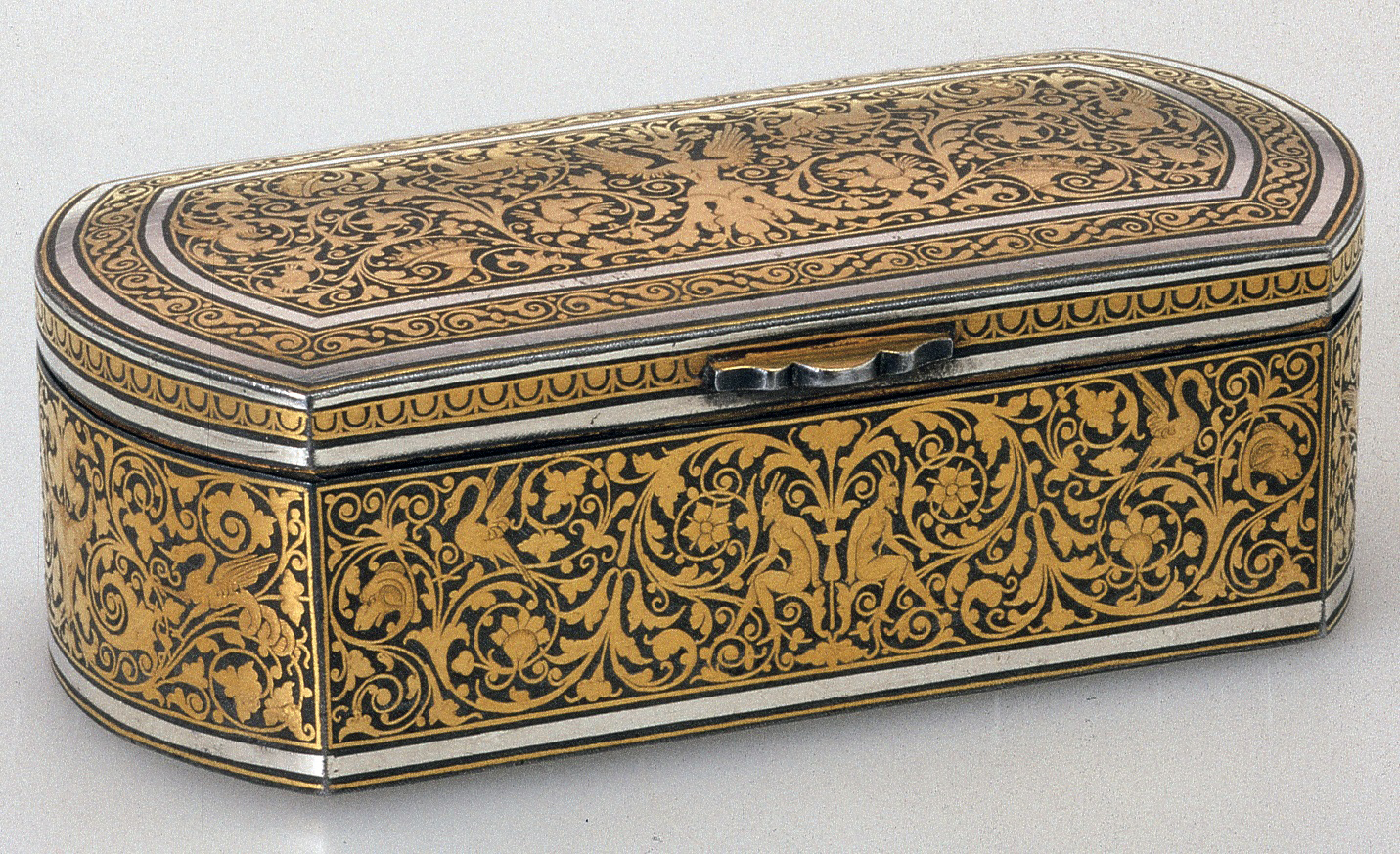 This small box is rectangular with rounded ends. It is intricately damascened in heavy gold wire, and has silver only in foil bands around the top central panel and around the edges. The large panel on the lid contains a central figure composed of an animal’s head on a human torso and ending in acanthus leaves. Among the foliage are animals, birds, horses’ heads springing from flowers, cornucopias, and two mounted figures facing backwards. The side panels are similarly decorated; in the centre of the front are two addorsed horned male figures whose feet terminate in roots. There are two decorative borders: that around the top of the lid contains a running pattern of stylized palmettes, while around the lid’s vertical edge is a continuous tongue-and-dart pattern. The execution of the ornament of this box is outstanding. However, its author remains anonymous and we do not find this theme repeated on other contemporary Eibar pieces.