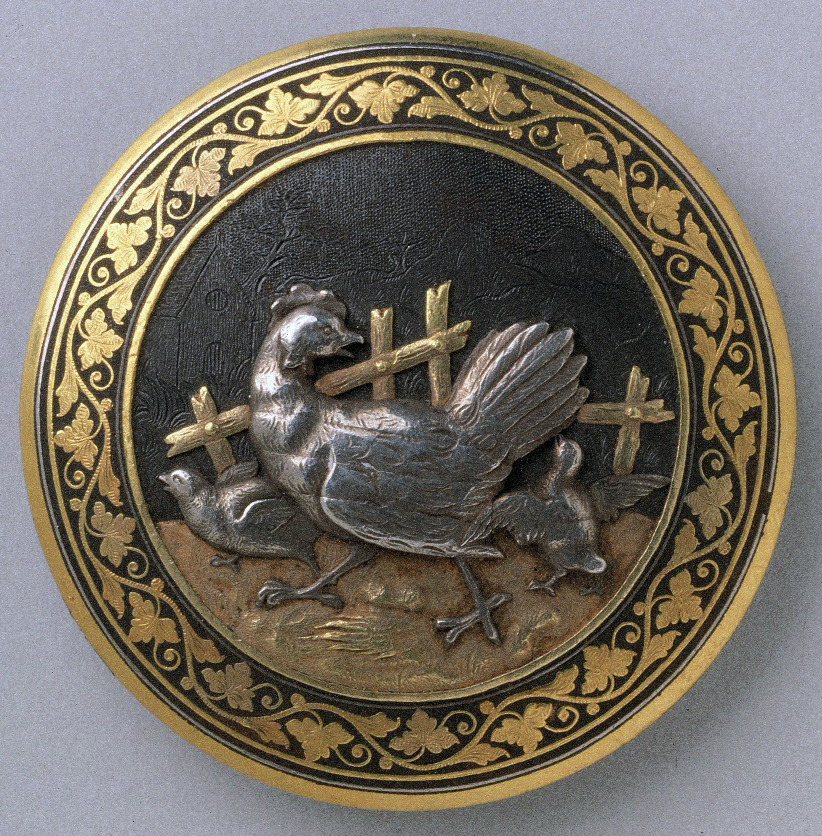 A barnyard scene forms the central ornament of this circular iron brooch. A hen and two chicks chased in silver bullion are the focal point; they are backed by a broken chased gold fence in disrepair, while the ground over which they run is also of chased gold. Two gold-wire circles and two of fine silver wire enclose a stylized running grapevine. This is shaded and veined with punched lines and dots formed by a round-pointed punch.  A gold border encircles the outer edge.

The body of the hen has been formed from four small bars or blocks of silver, each apparently attached separately to the iron back. These have been chased into the necessary form, but the horizontal lines of juncture are still visible. The chick to the right is seen to be formed of two elements. The chickens’ legs are of silver wire.

This scene is unique and surprisingly attractive in spite of its rustic theme, which seems to be drawn from daily country life. There is no evidence that it was ever repeated commercially.

The blackened iron forming the background contains an almost invisible scene executed in stippling and engraving. Close examination reveals this to consist of a farmhouse or barn, two trees, and grass in the nearer distance, and mountains and clouds in the background. The sky contains vertical lines of stippling done with the round-pointed punch.