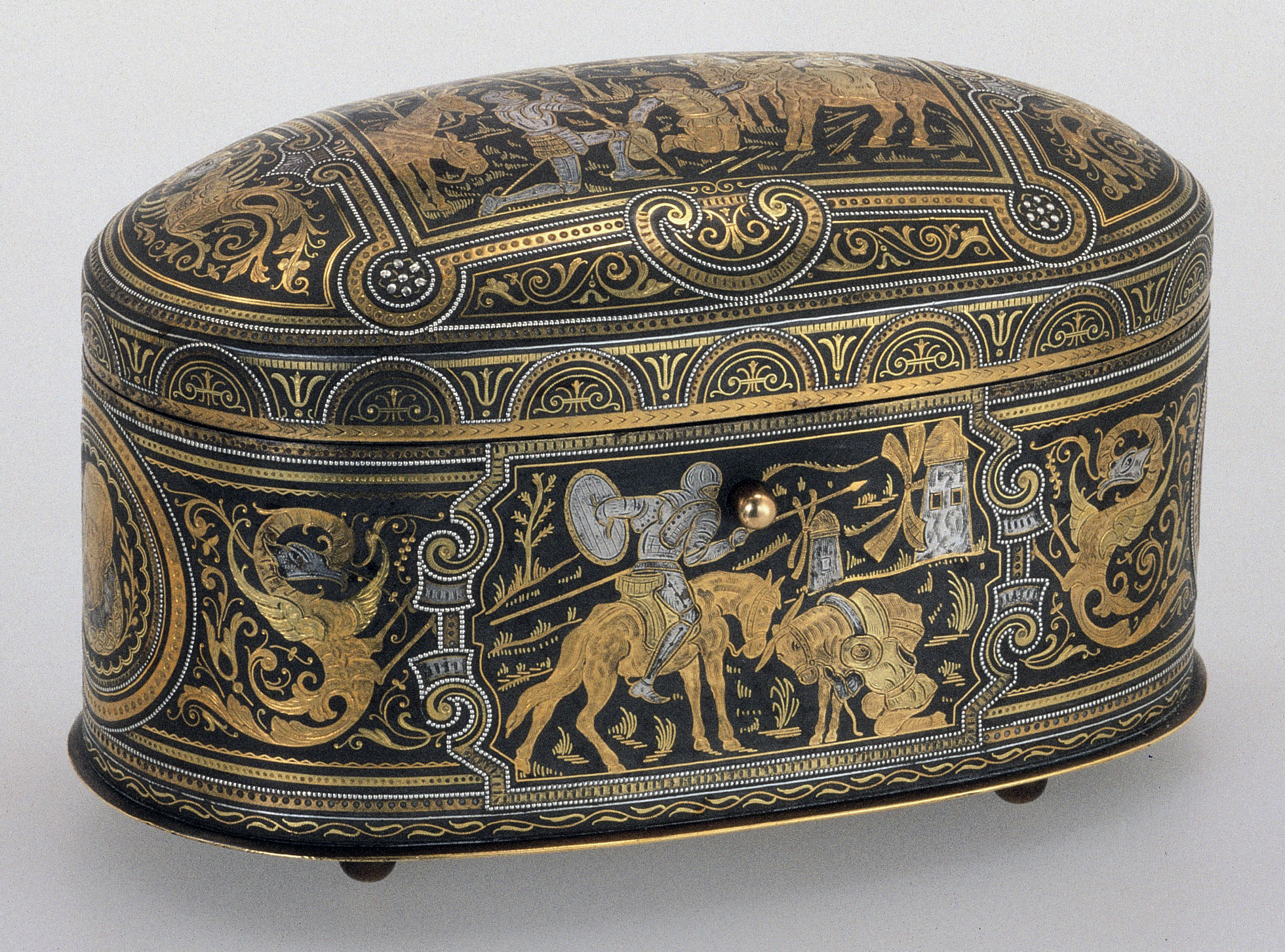 This box, of unusual shape, is mounted upon a slightly larger base which forms a narrow flange around the bottom. It is oval with vertical sides which continue for the first 14mm. of the edge of the lid, which is secured by a push-button catch. The top is then domed. The casket rests upon four spherical feet, and has no handle. This is a scenic piece, the first encountered in the present Collection, which tells a story and depends upon the observer’s knowledge for interpretation of the isolated episodes. Three scenes from the two books of Don Quijote are the subject of the main panels – on the front, back, and top of the casket – and roundels with busts of Cervantes and Don Quijote decorate the left and right ends respectively.

The panels and roundels on the lower part of the box are separated by sections containing wyverns and Renaissance foliage in dark and light gold worked with a variety of punches. All borders on the casket are in combinations of dark and light gold, and contain lines of silver beads and round concave punchmarks. The vertical portion of the lid is adorned with a series of demilunes, similarly outlined, and stylized foliage in gold wire.

Although scenes from Don Quijote were employed on boxes in Eibar during the later commercial period, this particular piece was undoubtedly produced in Toledo. Elements such as the scrolled parchment, dark gold banded outlines, especially combined with lines of silver beads, and the much greater use of portrait medallions are far more indicative of the latter city.