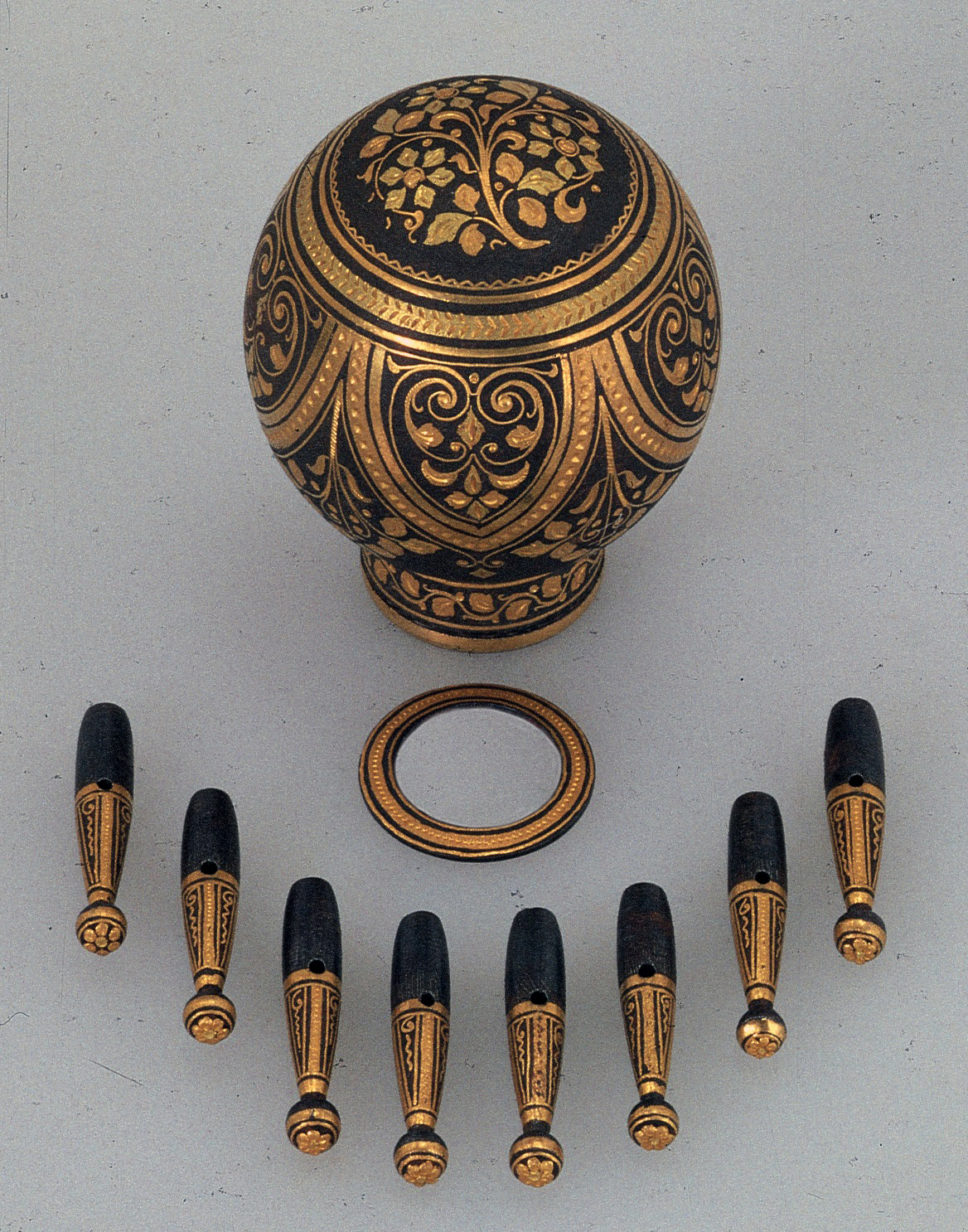 This iron umbrella pommel with its accompanying rib tips and ring for the shaft are damascened in gold and punch-decorated. They are fitted into a red leather-covered box with a hinged lid. The lower portion of its interior is lined with beige velvet fitted to hold the various elements. The satin lining of the lid is inscribed under a crown ‘E. STOCKLEY & CO | 60, NEW BOND ST. | LONDON W.’, which may indicate an English origin for the box. This set was exported from Eibar in the 1920s or 1930s at a time when the town was enjoying considerable international popularity. As early as about 1910 a number of Eibar’s damascening houses began to establish branches abroad. Paris, London, and Buenos Aires became major outlets for a variety of accessories. These spherical umbrella handles were very similar to walking-cane pommels. The difference was that the former was designed to be seen from both top and bottom, while the cane was intended to be seen from above. Thus, an umbrella handle would ideally be non-directional in the composition of its ornament, as is the case with the present piece.