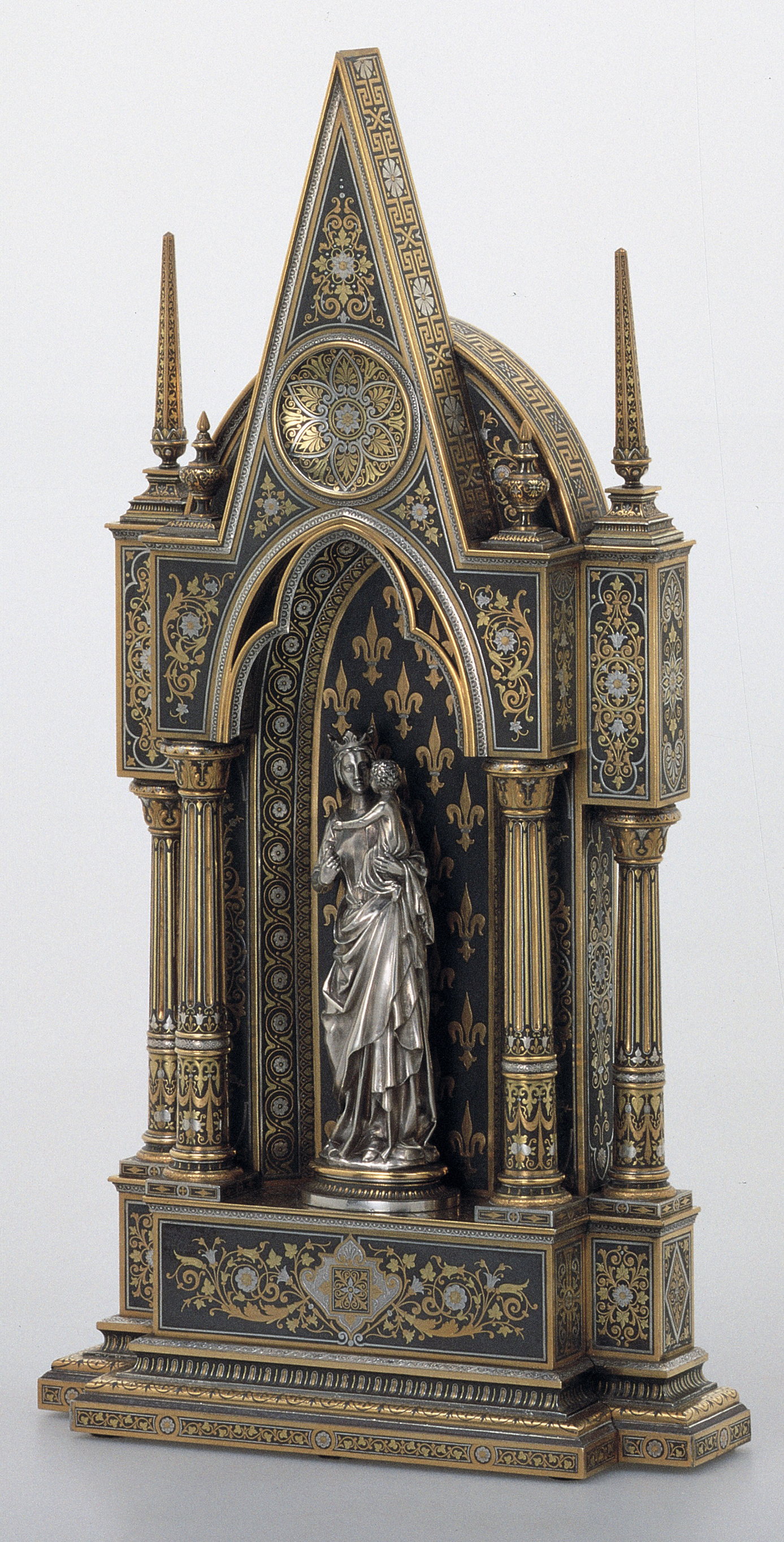 Iron Shrine with Virgin and Child

Iron Shrine with Virgin and Child

The shrine presents the general appearance of a gothic structure principally because its niche is contained within a cusped lancet arch surmounted by a very pointed triangular tympanum. The latter contains a circular boss suggesting a rose window or ornamental medallion. Two squared pinnacles reinforce the gothic impression. However, the ovoid profile of the arched rear panel, and its repeated outline in the frame of the interior panel decorated with fleur de lis, bring this into the realm of art nouveau. The rectangular panels damascened in gold and silver baroque designs are likewise inconsistent with a gothic theme.

The fluted columns have capitals decorated with four large acanthus leaves, an unusual interpretation already encountered on the casket ZUL 3, while the lower third of their shafts appears conventionally Renaissance.

In the niche is the cast silver figure of the Virgin and Child, which is interpreted in gothic style. In her right hand the Virgin holds a small bird, probably a sparrow, most commonly depicted in the Christ Child’s hand in Christian iconography, to symbolize the soul.
This shrine represents a substantial departure from Plácido’s normal choice of themes, and may have been a commission, possibly domestic. There is no indication as to its intended ownership.