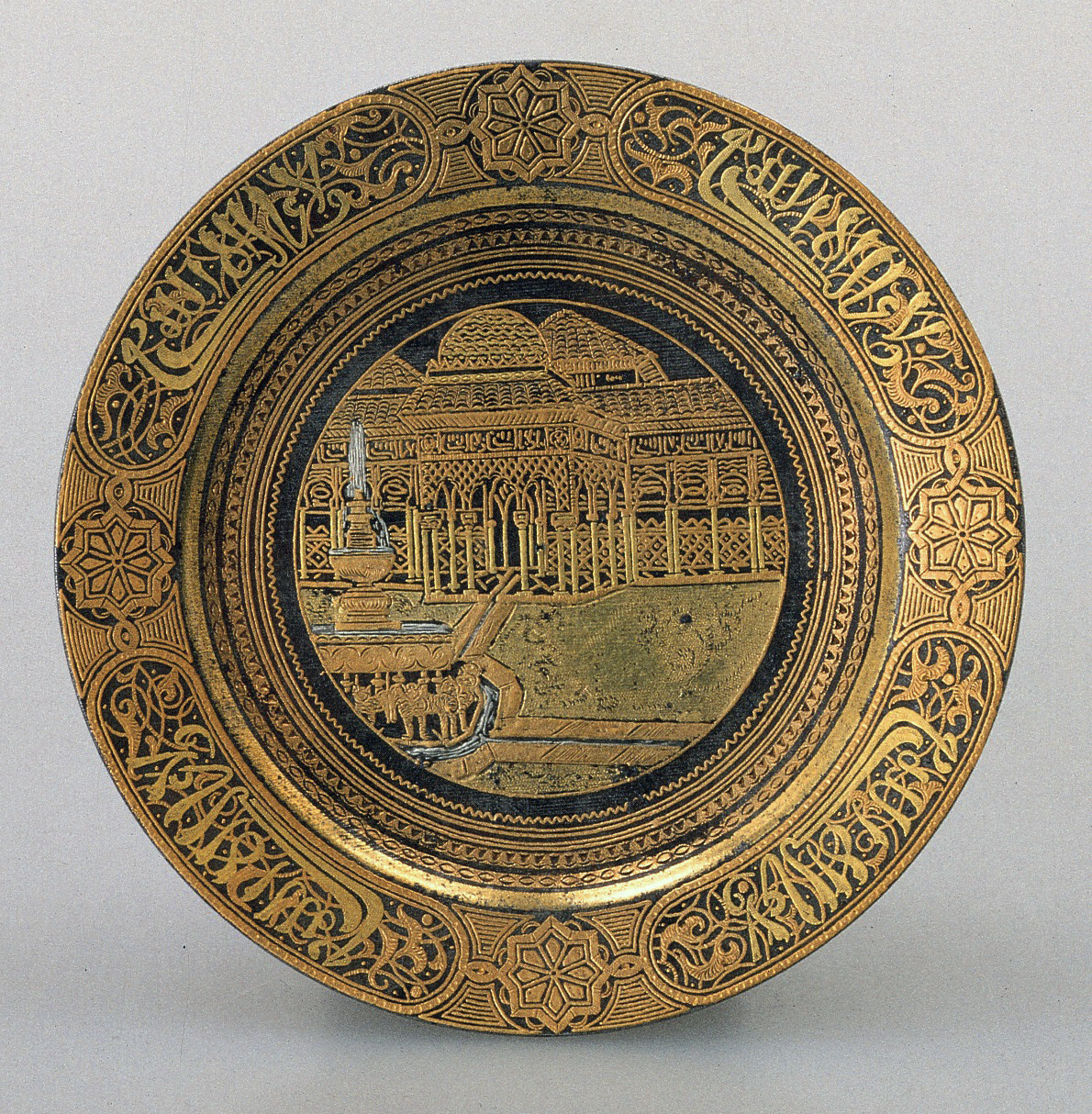 This small iron dish is damascened in two colours of gold, its ornament suggesting a continuation of the Islamic theme. Around the border, four flattened cartouches contain the Nasrid motto and intertwining foliage including palmettes. Between the cartouches are circles containing eight-pointed stars. The recessed central area is surrounded by a series by a series of five concentric gold damascened circles impressed with several different shapes of punches, the innermost consisting of a tiny gold-wire zigzag. The scene in the centre of the dish is a view of the Patio de los Leones (Patio of the Lions) in the Alhambra in Granada. This is consistent with the Islamic theme, but is much less frequently encountered. It does not appear among the views of the Alhambra on surviving postcards, but the representation is conventional and probably derives from another published source.