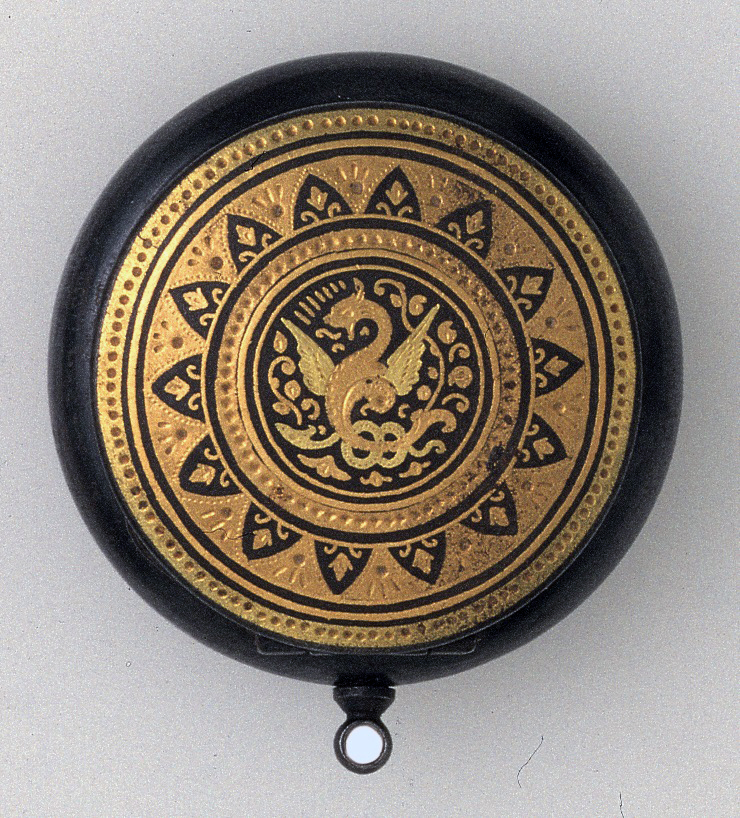 This is a circular box of blackened iron, oval in section, with a circular gold damascene lid hinged at its top. Only the lid is decorated, and this consists of a central circle containing the stock elements – a wyvern with a serpent coiled around its tail, and the appropriate foliage used as filler. A series of concentric rings containing punch decoration completes the lid’s ornament. The broadest ring contains a series of pointed arches with stylized floral inserts; these are certainly degenerate forms of the anthemia used by Plácido. The workmanship of this compact is quite ordinary. In construction and decoration it is identical to the series of compacts for face powder shown in the price lists of the 1920s and 1930s. It is unusual only in that its design is inverted, showing that it was intended to be viewed from above.