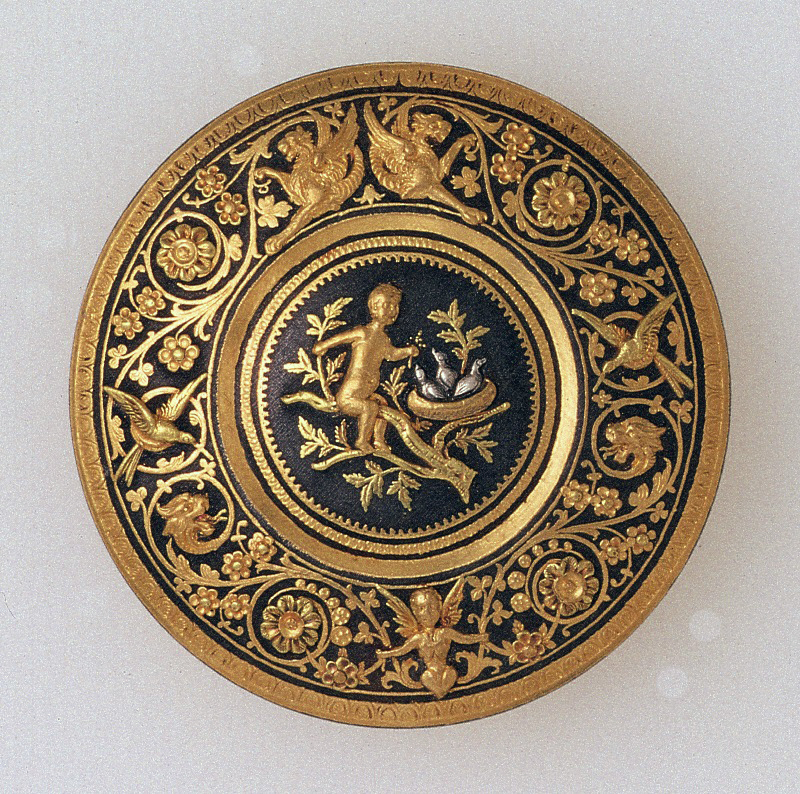 This is a circular brooch with a broad outer border and a central medallion that is half the diameter of the brooch itself. The circumference of the piece is decorated with a narrow gold ribbon punched in a repeated tongue-and-dart pattern. Just inside this pattern is a broad circular band filled with chased gold ornament consisting of rinceaux springing from the tails of two griffins at the top of the composition. The rinceaux form a mirror image of foliage populated with flowers and birds, and branches terminate in two grotesque animal heads. The vines end by joining in the double-leafed tail of a winged human semi-figure at the bottom of the circle. The central panel contains a scene in gold relief showing a putto sitting on a branch by a nest containing three silver chicks, to which he holds out something in his hand. This scene is very much in the style of patterns by Desprez and Hänni, which are filled with putti and cherubs involved in activities, often with animals. However, the present design is not found among those of their loose pattern sheets which have been preserved in Eibar. This brooch is probably a one-off commercial piece since it does not appear in the earliest price lists of catalogues of the period after the First World War.