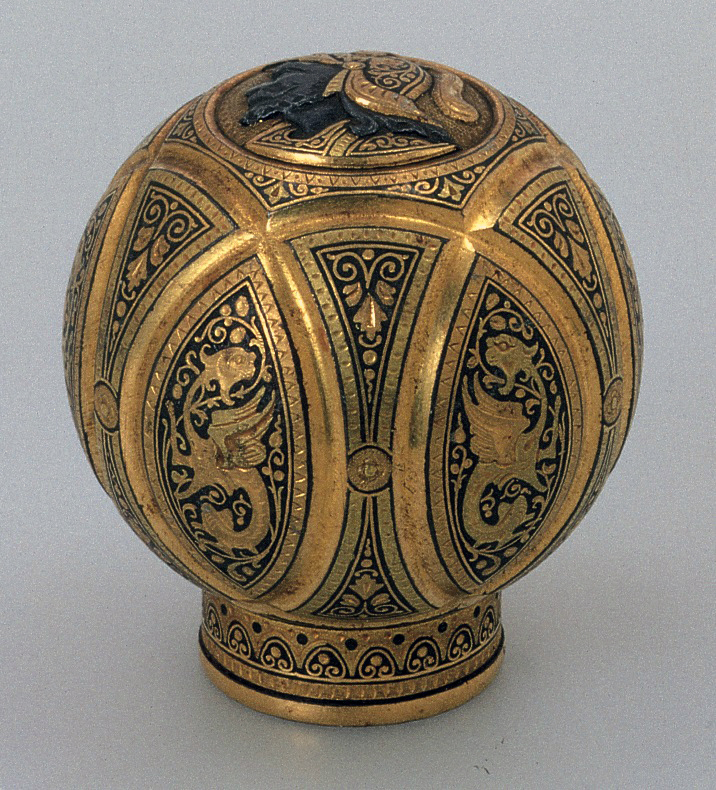 The spherical pommel has been cut with V-shaped intersecting circles which have been lined with gold leaf. In the larger areas enclosed by the intersecting arcs are very stylized wyverns surrounded by foliation; the smaller areas have only foliate ornament. These divisions are bordered with gold ribbon having punched impressions. The top of the pommel has an applied ‘Moor’s head’ (cabeza de moro). The cabeza de moro, a chiselled or stamped head in black iron, was a popular theme, although its origin remains in doubt. It was used in almost identical form in Toledo, where it was called a ‘Clementine’ (clementino). Its use there apparently coincides with its popularity in Eibar. The wyvern begins to be used in addition to the griffin about this time; the reason for its rather abrupt introduction is not clear. In its treatment it seems to have evolved directly from the griffin, but it is more easily inserted into smaller spaces. As indicated in the commentary on ZUL 26, the ornament of this cane pommel is intended to be ‘read’ from above.