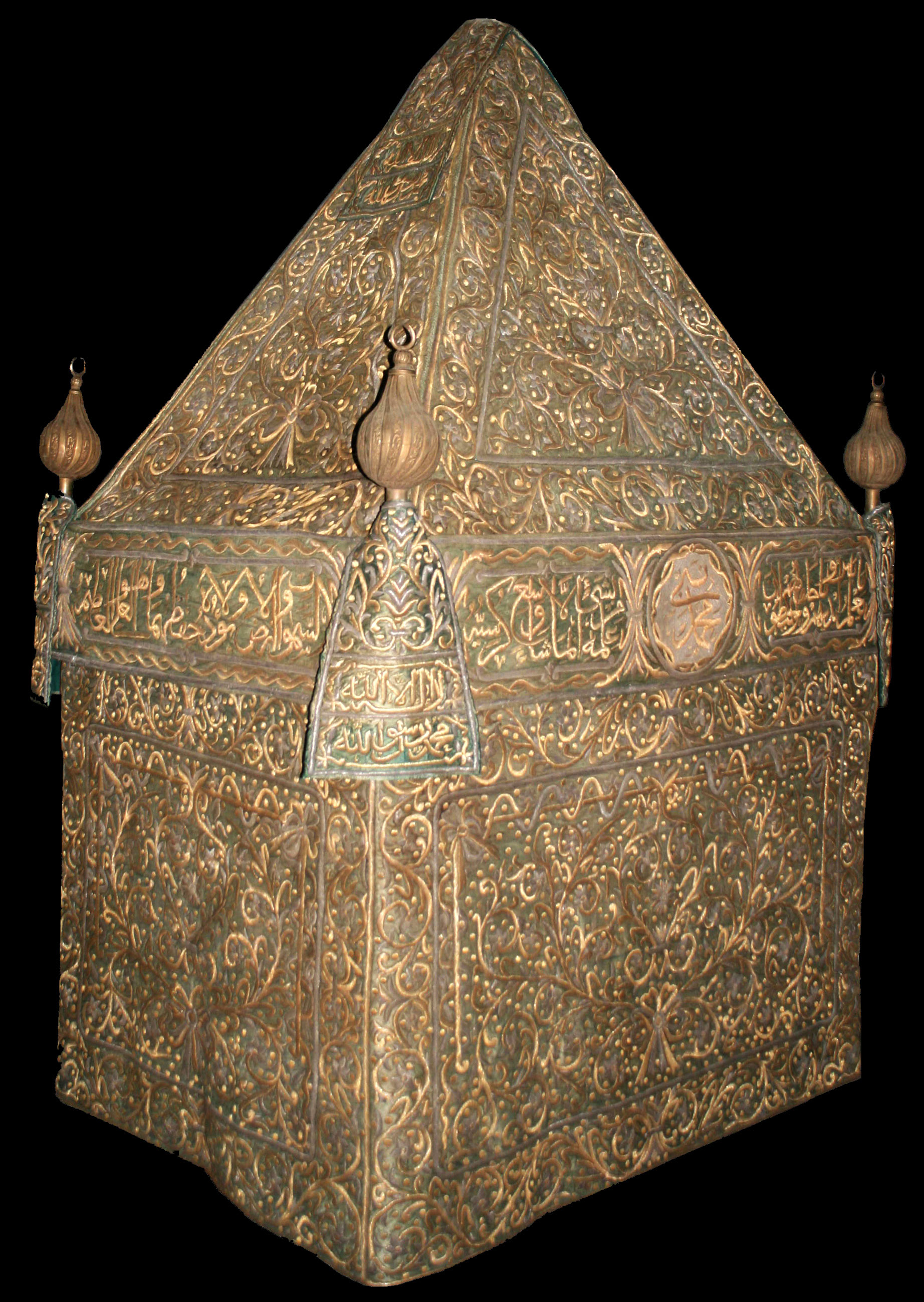 with the name and tughra of Sultan ‘Abdulhamid II

with the name and tughra of Sultan ‘Abdulhamid II

This sitr (‘cover’) for the mahmal is one of seven in the Collection. The earliest is a Syrian mahmal cover in the name of Sultan Mehmed IV, dated AH 1076 (AD 1656–7) (see TXT 289), while the latest, an Egyptian mahmal, is in the names of the Ottoman sultan ‘Abdulhamid II and the Egyptian khedive ‘Abbas Hilmi II, and bears two dates, 1316 and 1318 AH (1898–9 and 1900–01 AD). Egyptian mahmals had two covers. The official, richly embroidered cover, such as this, was used during the various parades in Cairo, when the caravan passed through major cities, as the caravan entered Mecca, stood at Mount ‘Arafat, and as it entered Medina and the Prophet’s mosque. This cover was not renewed annually, but was used over several years. The second ‘daily’ cover was a simple one, normally green in colour and with appliqué decoration (see ARC.pp 40). TXT 478 comprises the sitr itself – a tent-like cover with a pyramidal roof and an almost-square base with a slit opening at the front, four corner finials and four small corner banners. For a short history of the mahmal, see TXT 442.