The ivory case is in two parts. One acts as a sliding cover, which opens on a pivot to reveal a bust portrait of Shah ‘Abbas II, who ruled from 1642 to 1666. The cover is carved in low relief in the form of a spray of three flowers partially enclosed within a disc, which has been set with a smaller disc of painted lacquer at its centre.

Such pendants were often worn by loyal wives in veneration of their husbands, and it is therefore probable that this pendant was originally carried by a member of ‘Abbas II’s seraglio. 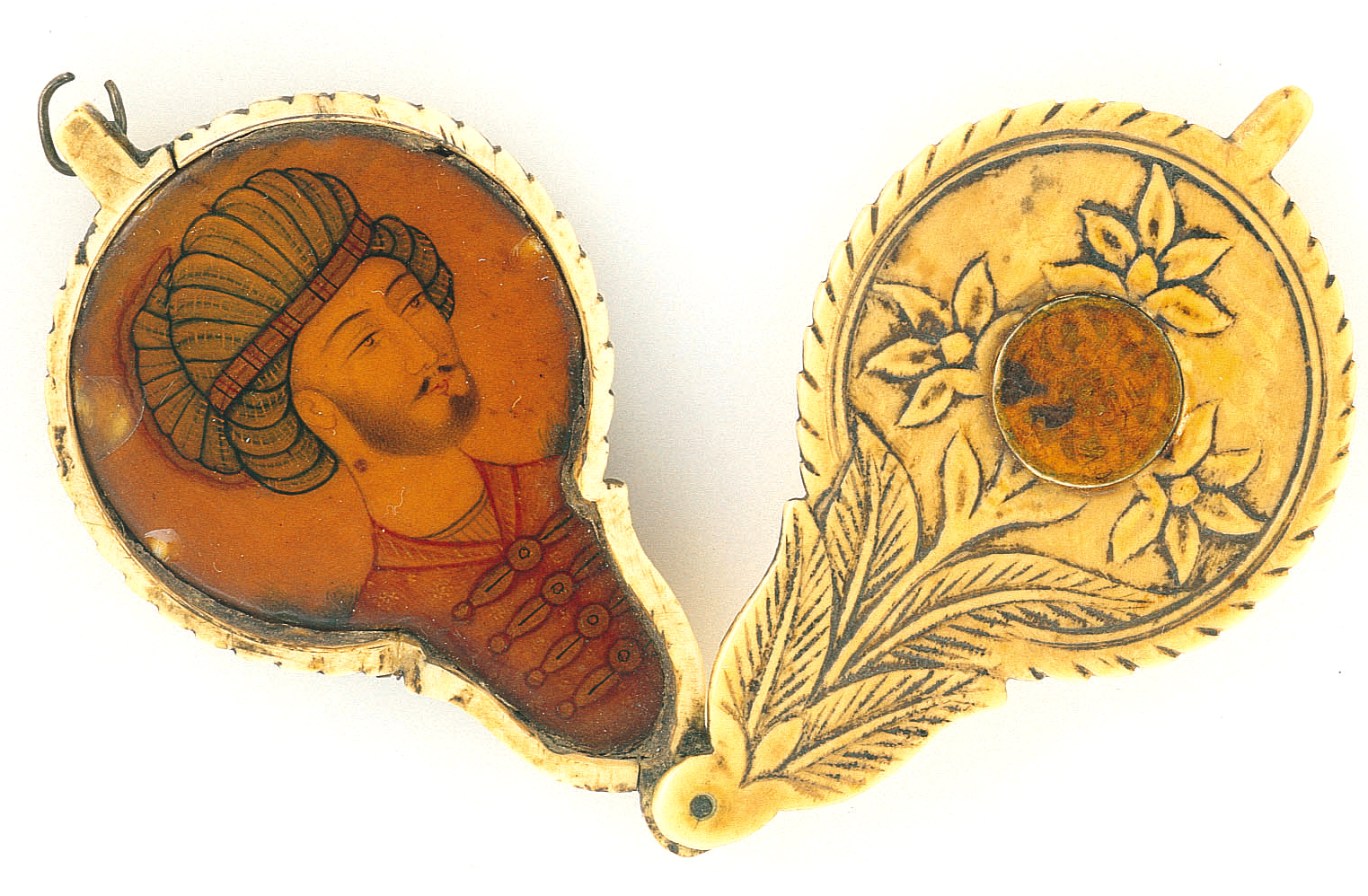