papier-mâché body and lift-off lid with rounded ends, and a lift-out inner compartment, all lined with leather

The decoration of this large pen box, one of the best known examples of bookbinder’s lacquer, is of superb quality. The lid is painted inside and out with horizontal compositions. The top shows a landscape with trees and buildings of European type; in the foreground three Persian couples are depicted in various stages of amorous dalliance, and there are two girl musicians at the right-hand end. It has been suggested that the three couples, read from left to right, represent the triumph of mystic love over mere carnality. On the inside of the lid a brilliant bird and flower study, painted after a design by Muhammad Zaman, is set against a background of gold leaf, with roses, hyacinths, primroses and apple blossom, five beautiful birds and several butterflies.

The sides of the box are painted with four landscapes of European inspiration. These are separated by bust-portraits of women, European and Asiatic, set in ovals. The dark-red base is painted with vines in gold and black.

Although the box now has a lift-off lid, it may once have had a hinged lid, for the holes for the attachment of the hasp remain.

The box is signed, but the signature appears to be deliberately defaced. All that can now be read with any certainty is the final word, ‘… Muhammad’ of the signature, and the word sanah (‘year’) under the date. But in the 1970s Shariyar Adle was able to read the signature as a whole as, raqimuhu Hajji Muhammad (‘painted by Hajji Muhammad’) and the date as 1124. 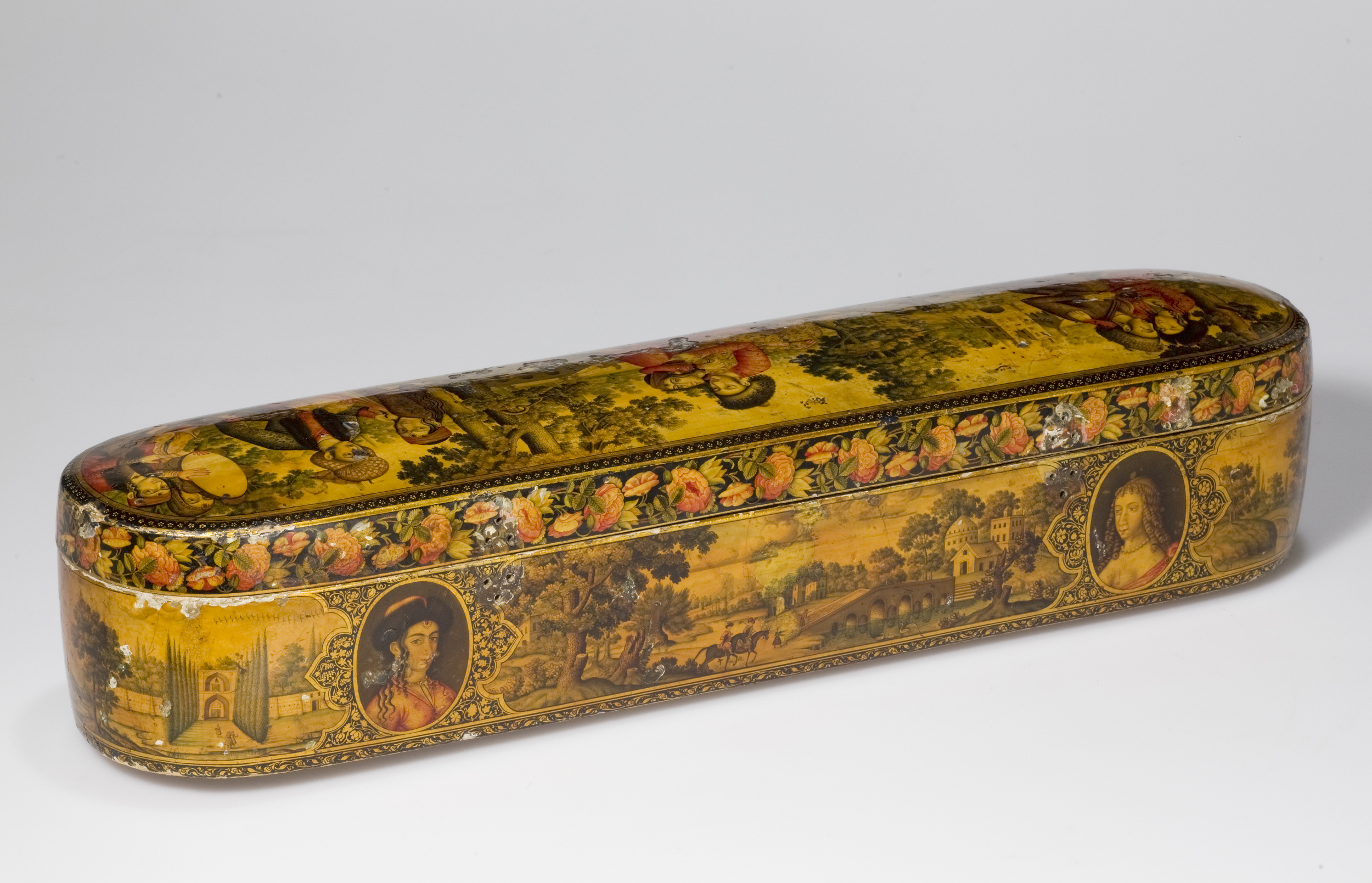 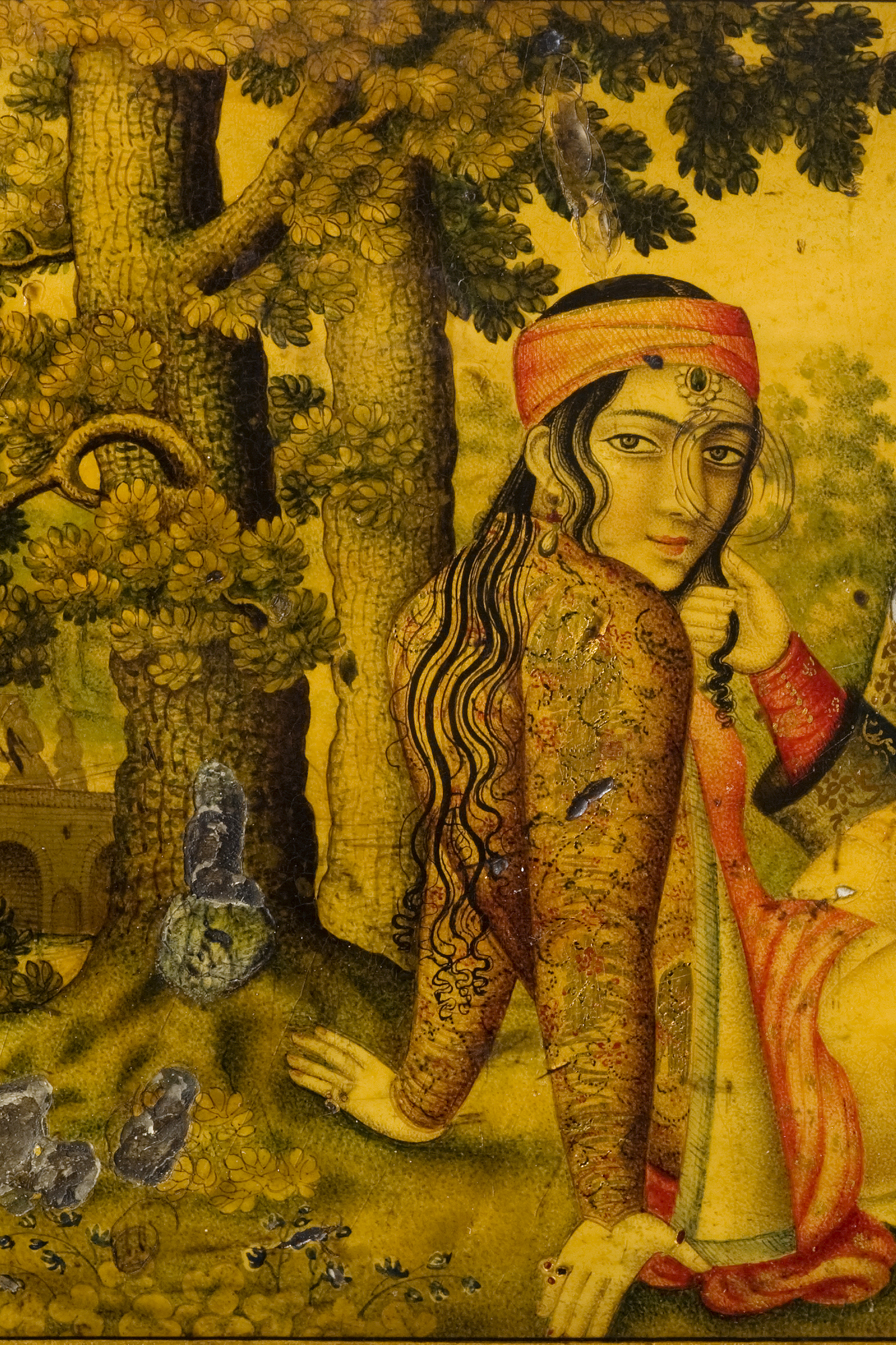 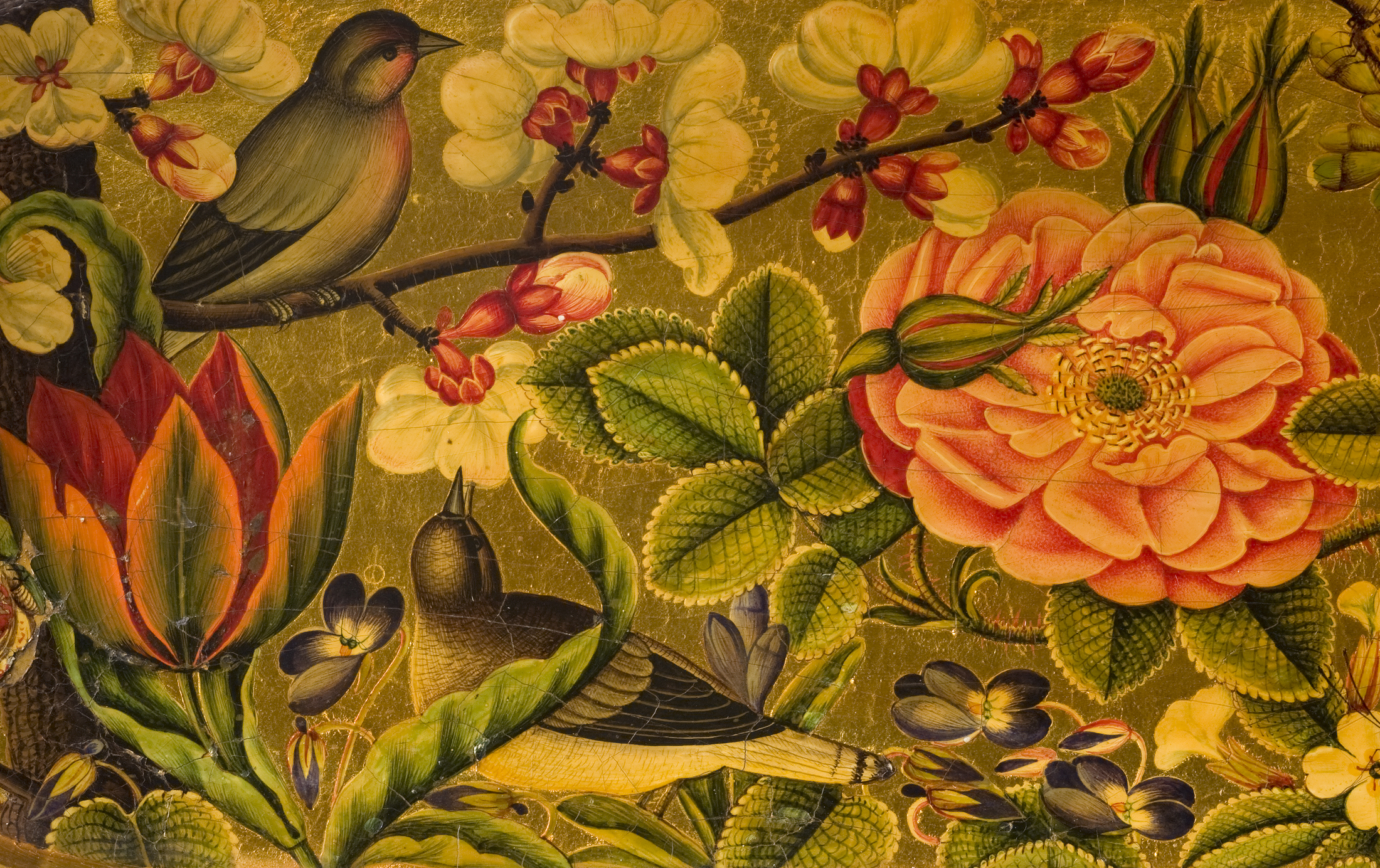 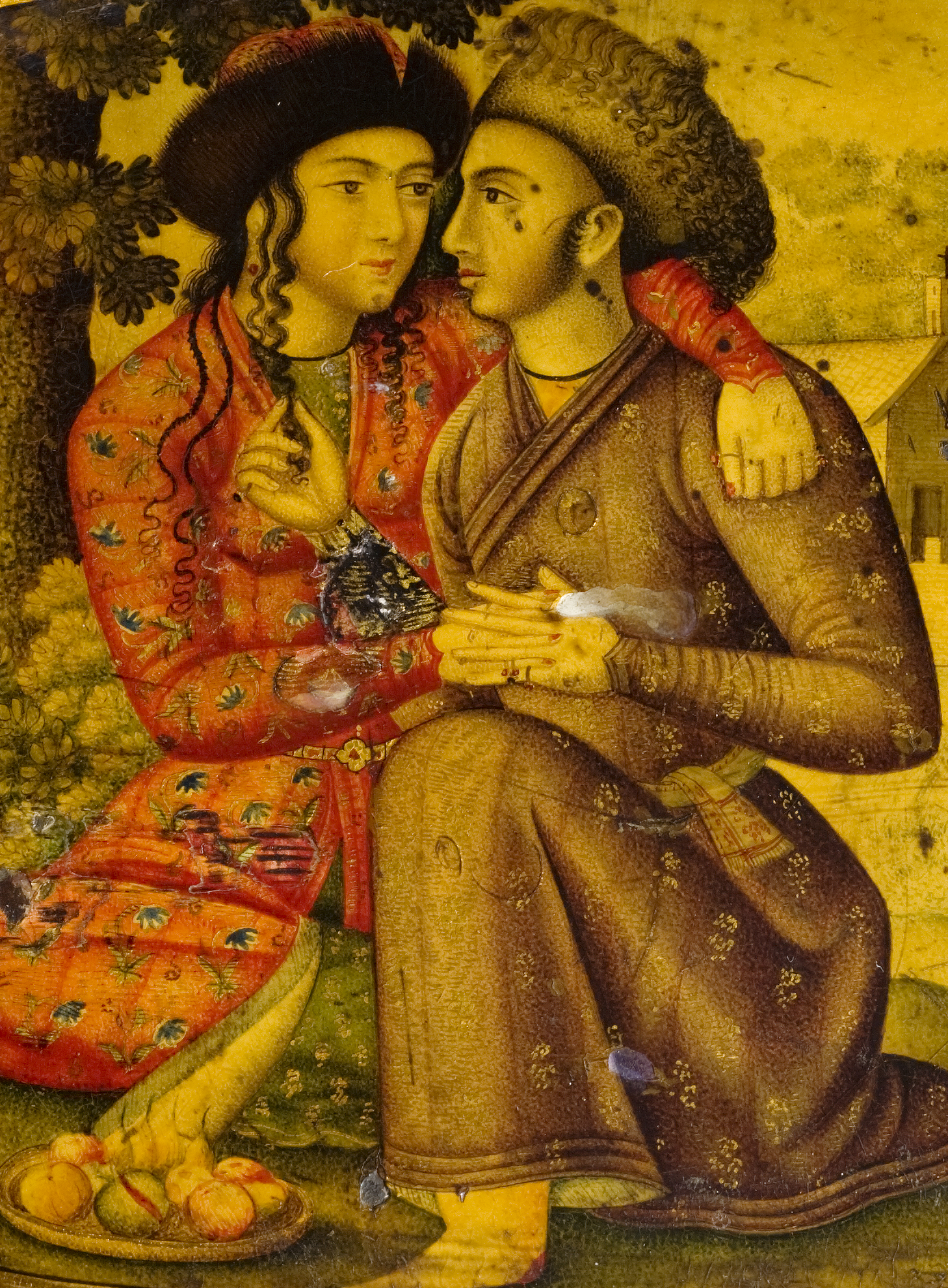 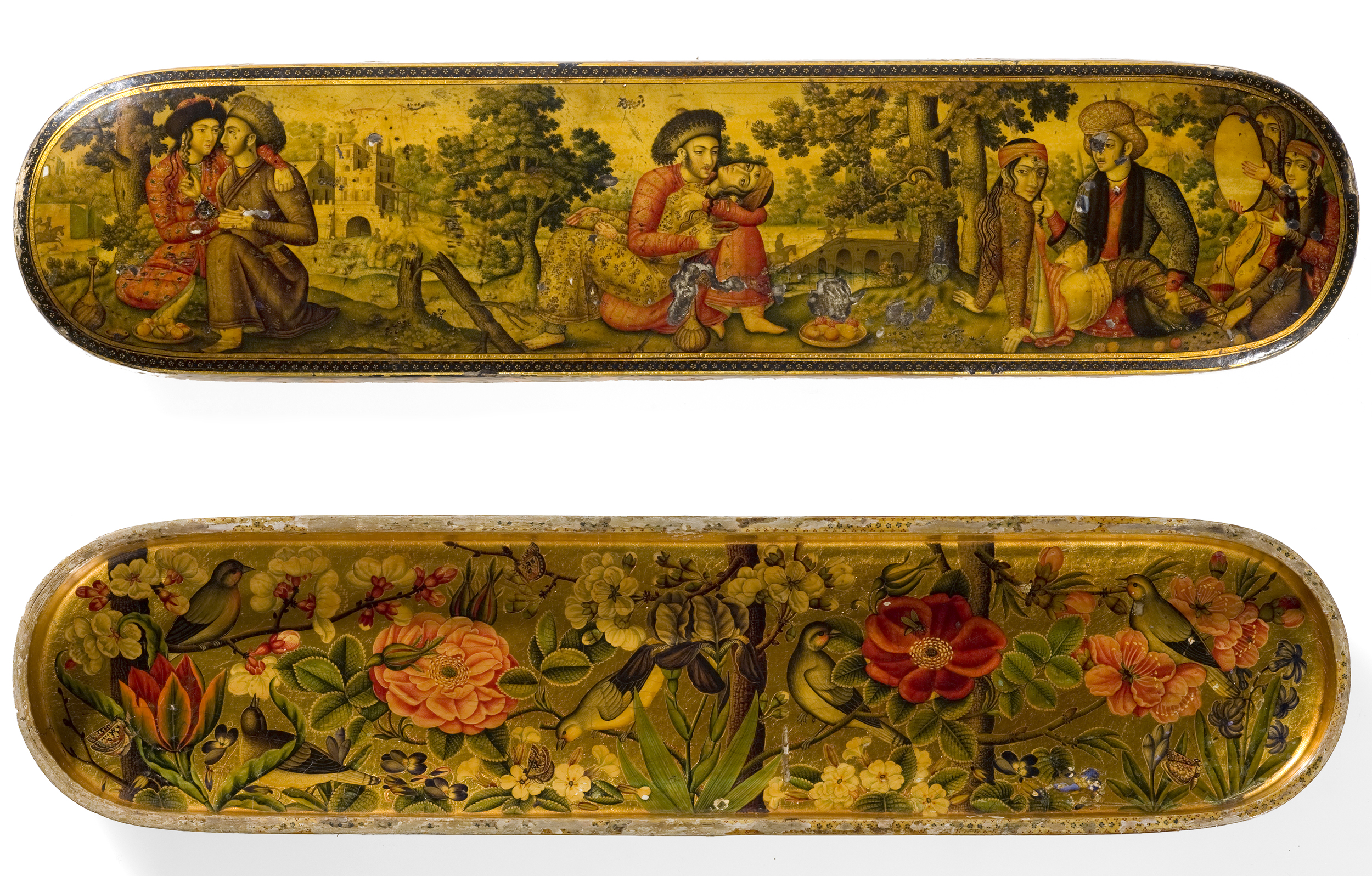