colourless glass, blown and tooled, and decorated with amethyst trails,

The footed ewer has a slender tapering neck and a flaring, boat-shaped mouth that has been tooled into a pointed spout. The shoulders are broad and sloping and the rounded walls of the body taper sharply to the tubular ring base, which has a high kick and retains a pontil mark. The angular handle is formed by a thick trail, which has been applied to the base of the neck and pulled up to the rim, where it is tooled into a folded thumb-rest.
The front of the neck is decorated with three trails that are carefully tooled into tight rigaree patterns. The central trail is extended in a straight line to the tip of the spout, while the terminations of the remaining two trails are looped. These resemble small ears and, together with the shape of the spout, give the mouth the appearance of the head of an ox. A thin trail of amethyst glass forms a spiral pattern over the shoulders, while a similar trail of the colourless glass is wrapped around the lower half of the body. Colourless glass is also used for the thick trail that forms a rough undulating pattern between the two.
The pointed spout is often seen on early ewers, ranging in date from the 9th century to the 12th. The attenuated neck and elaborate trailed decoration, however, point to the later date. 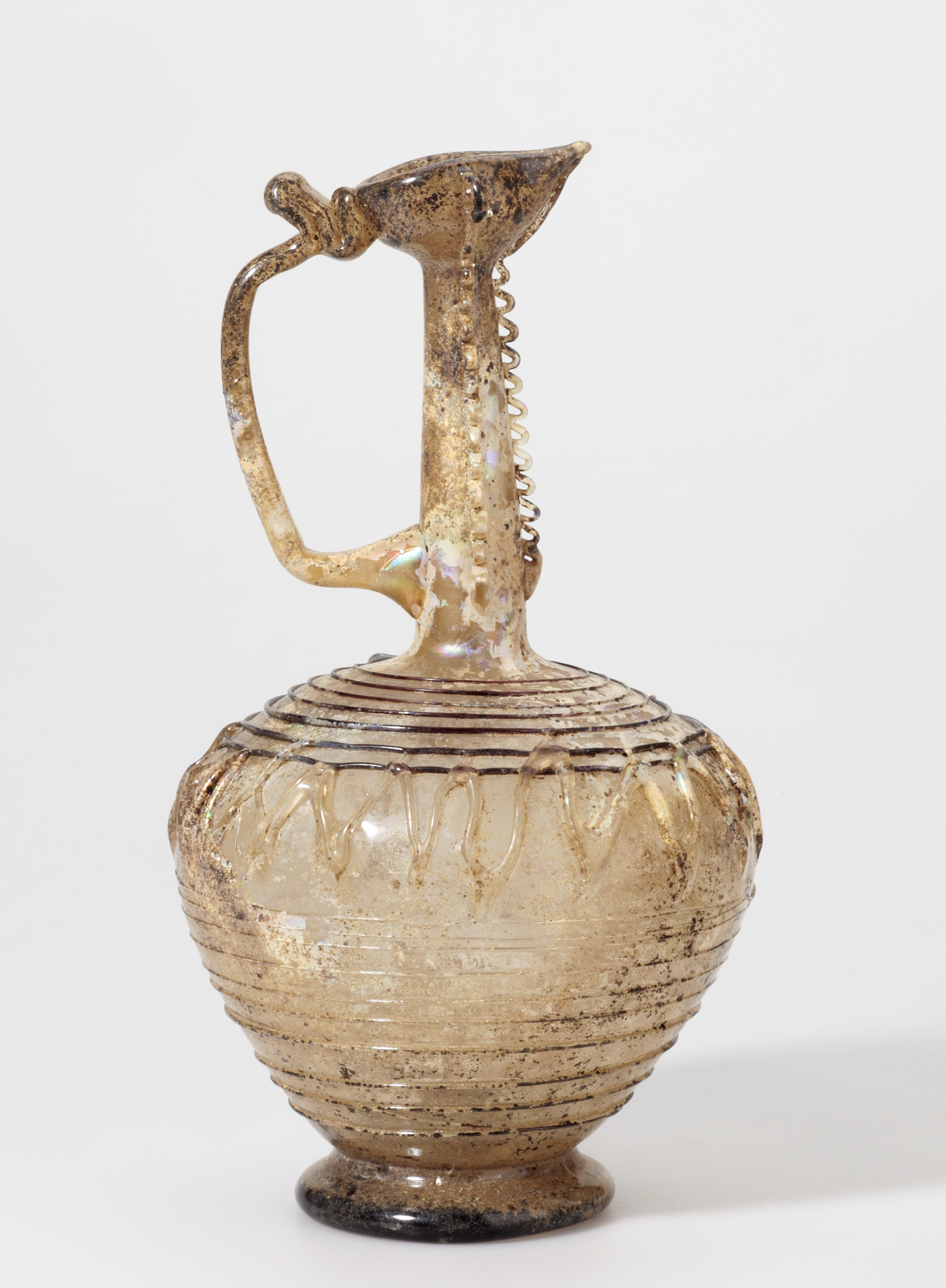