Basking fish were an ideal subject for Japanese enamellers wishing to display their virtuoso skills. While silver and gold wires could be used as an adjunct to the shaded enamel colours in the depiction of the different coloured carp, the raised surface of the moriage technique provided a means of conveying the effect of fish scales and rippling water. Degrees of translucency or opacity of the enamel, and the level of polish of its surface, further heightened the naturalistic effect, as did judicious use of musen jippo to suggest those parts of the fish partially obscured by the water. The popularity of the subject is attested by examples by Hattori Tadasaburo (exhibited at the Japan-British Exhibition, Shepherd’s Bush, 1910, cat. No. 173) and Kato Tomotaro (published by Huish in 1912).

In addition to the shosen and moriage enamel used to describe the carp on this vase, Gonda Hirosuke employed plique à jour enamel, shotei jippo, for the band of water lilies that borders its rim. 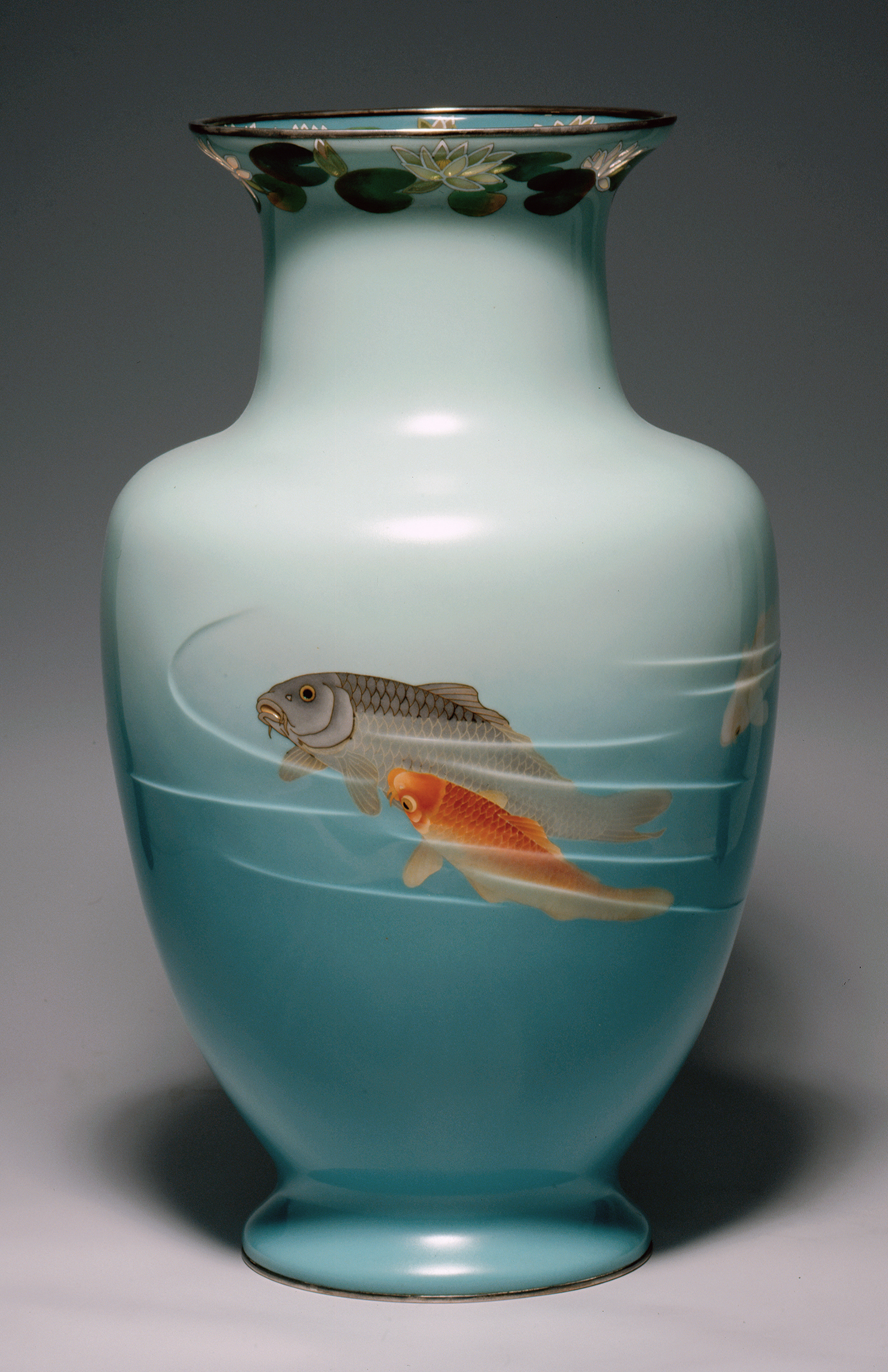