It is said that it was Ando Jubei who introduced the technique of plique à jour (shotai jippo) to Japan; supposedly he first saw such work, made by Fernand Thesmar (see FR 284), at the Paris Exposition of 1900. But this cannot be true since the Walters Art Gallery in Baltimore has a piece (inv. no. 44.156) in the technique labeled Namikawa Sosuke, and there is one in the 1896 Sosuke book (see E 7) said to have been exhibited at Chicago in 1893.

This technique, where the supporting metal is removed after firing to leave the glass and the wire alone, is notoriously difficult. It was an astonishing feat to acquire the skill so quickly and from such a slender source. Large pieces are particularly difficult to make as it is almost impossible to avoid some small cracks during the cooling process. 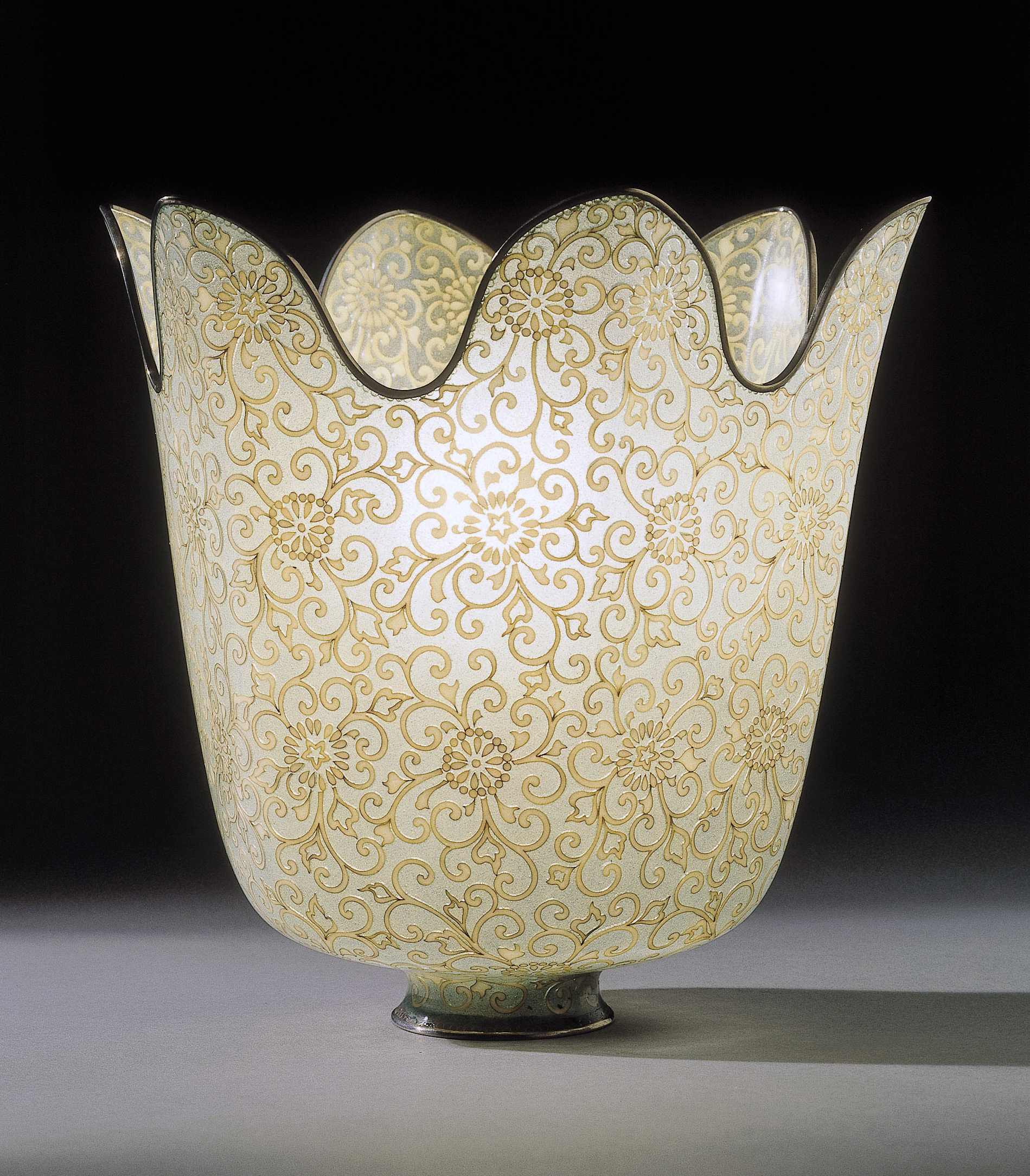