A silvered bronze study of a sulphur-crested cockatoo perched on one leg on a gnarled branch cleaning its claws with its beak, one wing slightly open for balance. The beak, eyes, and claws of shakudo, the legs and crest patinated in gilt. The stump naturalistically modelled and patinated.

Nishimura Toshihiko (1889-1947) was born in Tokyo, son of a metalworker Nishimura Unsho. He entered the Tokyo Art School in 1909, graduating in 1914. Later he joined the Soshoku Bijutsuka Kyokai [Decorative Arts Society] (founded in 1919), exhibiting his work at domestic exhibitions. He was a member of the committee of the crafts section of the annual Teiten Exhibition, where he exhibited frequently, winning many prizes. The stamped numerals ‘1911’ are presumed to represent the date. 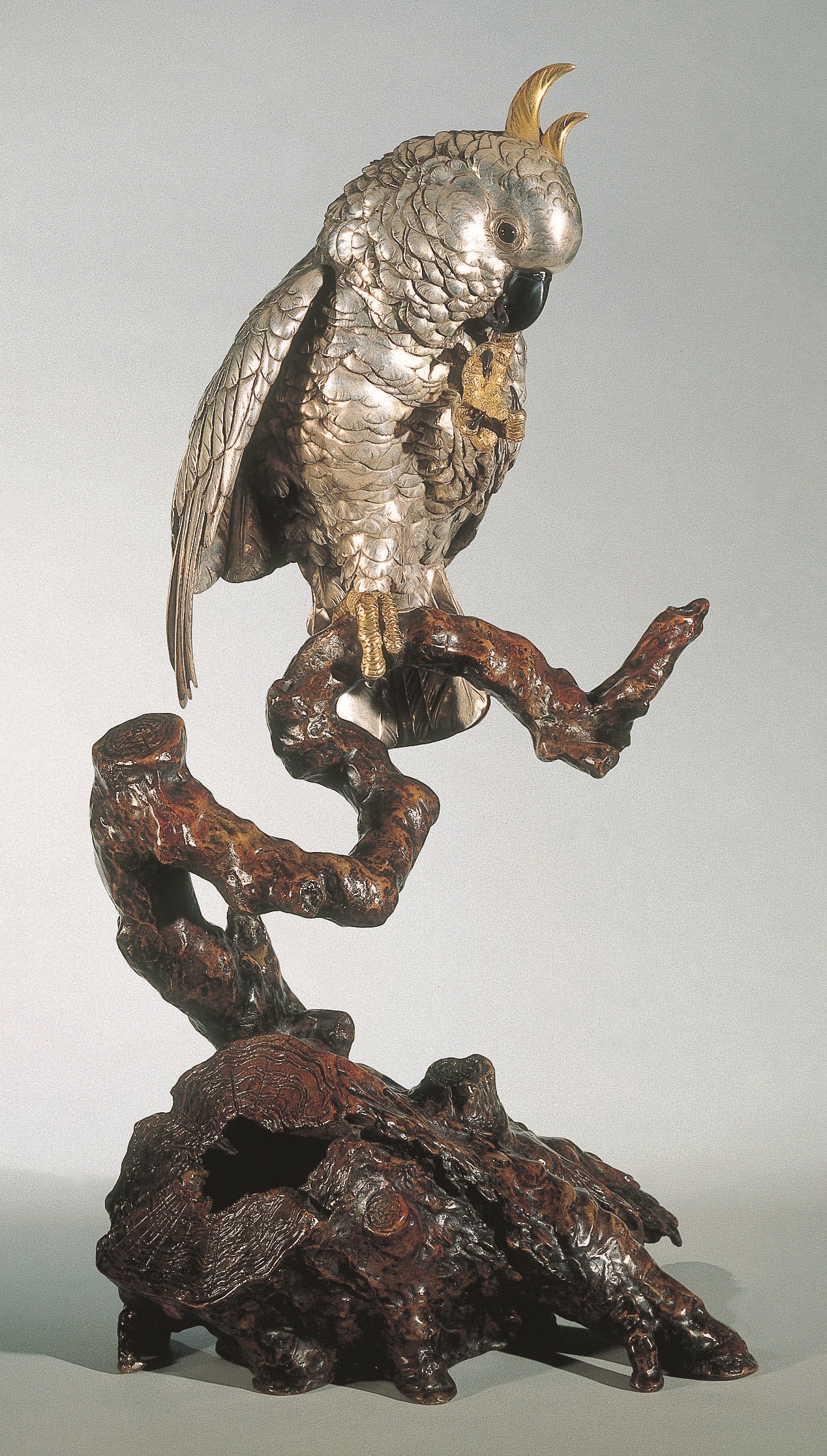