Quittance Relating to the Dowry of Hamra, the Daughter of Mir ibn Bek

The document is a release from obligation issued by Musa ibn Salman to Mir ibn Bek after he received from Mir 70 dirhams. This sum was owed by Mir to Khib ibn Nashbud for the dowry of Hamra, the daughter of Mir. Musa appears to have functioned as an agent for Khib, who must have been betrothed to Hamra in marriage. Two further documents in the Khalili Collection indicate that the total sum of the dowry was 500 dirhams, and the 70 mentioned here must be an instalment. Ten witnesses are named.

The bulla has seven seal and thumbnail impressions, all of which are severely worn. 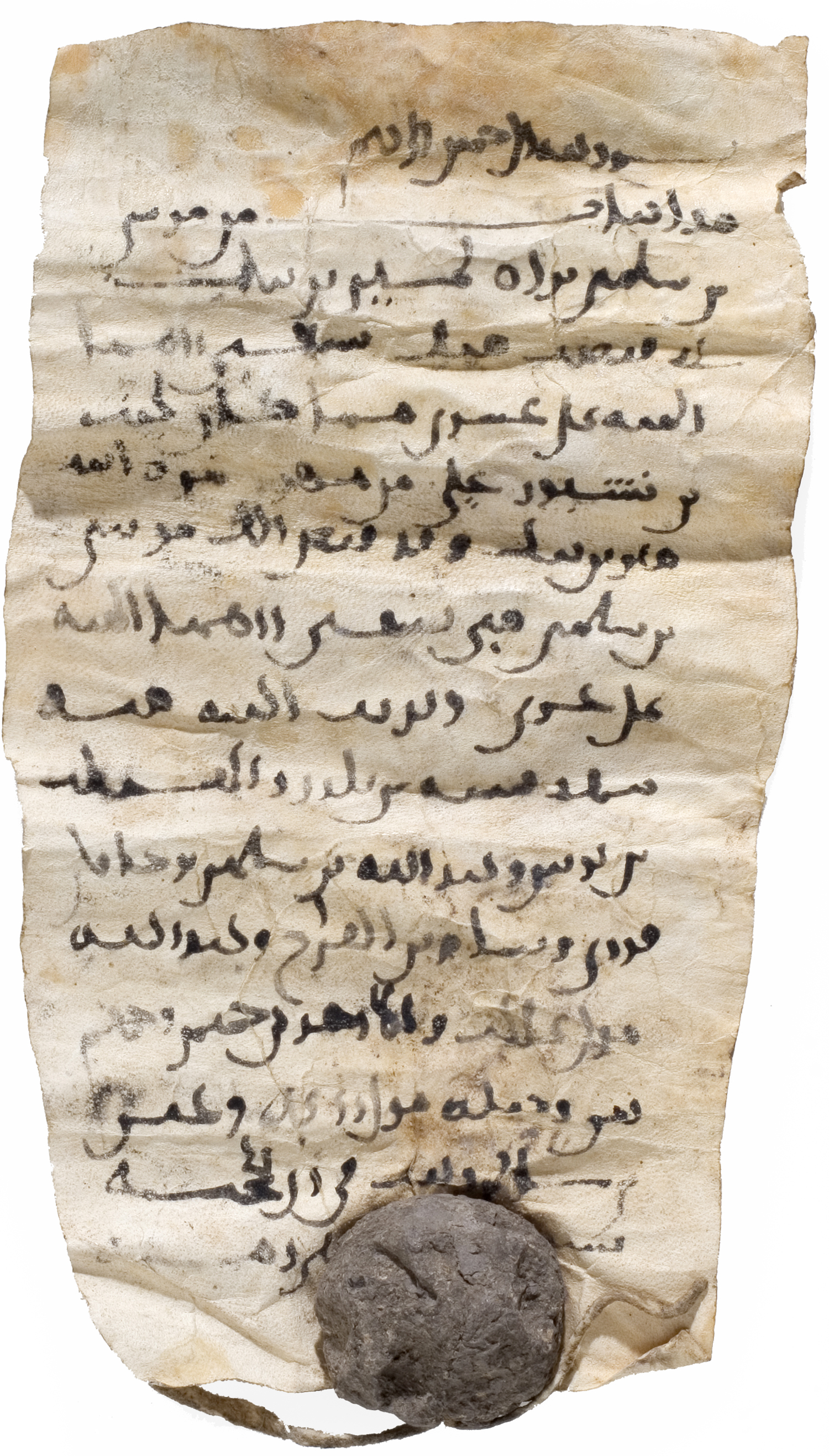