The curtain (sitarah) for the Bab al-Tawbah (the internal door of the Ka‘bah, leading to the roof of the building) was renewed annually and was sent from Cairo with the rest of the kiswah.

Known examples are all of the same overall design and bear the same Qur’anic text, surah al-An‘am (VI), verse 54, which occupies the first four panels at the top of the curtain. The commissioning inscription (amara bi-‘amal…), which normally bears the name of the current Ottoman sultan and occupies the fifth panel, is absent in this example. The three line-inscription in the shaped cartouche at the lower end of the curtain has the surah al-Baqarah (II), verse 125, instead of the usual presentation inscription (jaddada…) naming the Egyptian khedive and the date in which it was presented. [see TXT 386]

Another feature of this curtain is that it is made of the black, self-patterned silk fabric of the kiswah of the Ka‘bah, and lacks the normally bright-coloured silk appliqués seen on other examples. 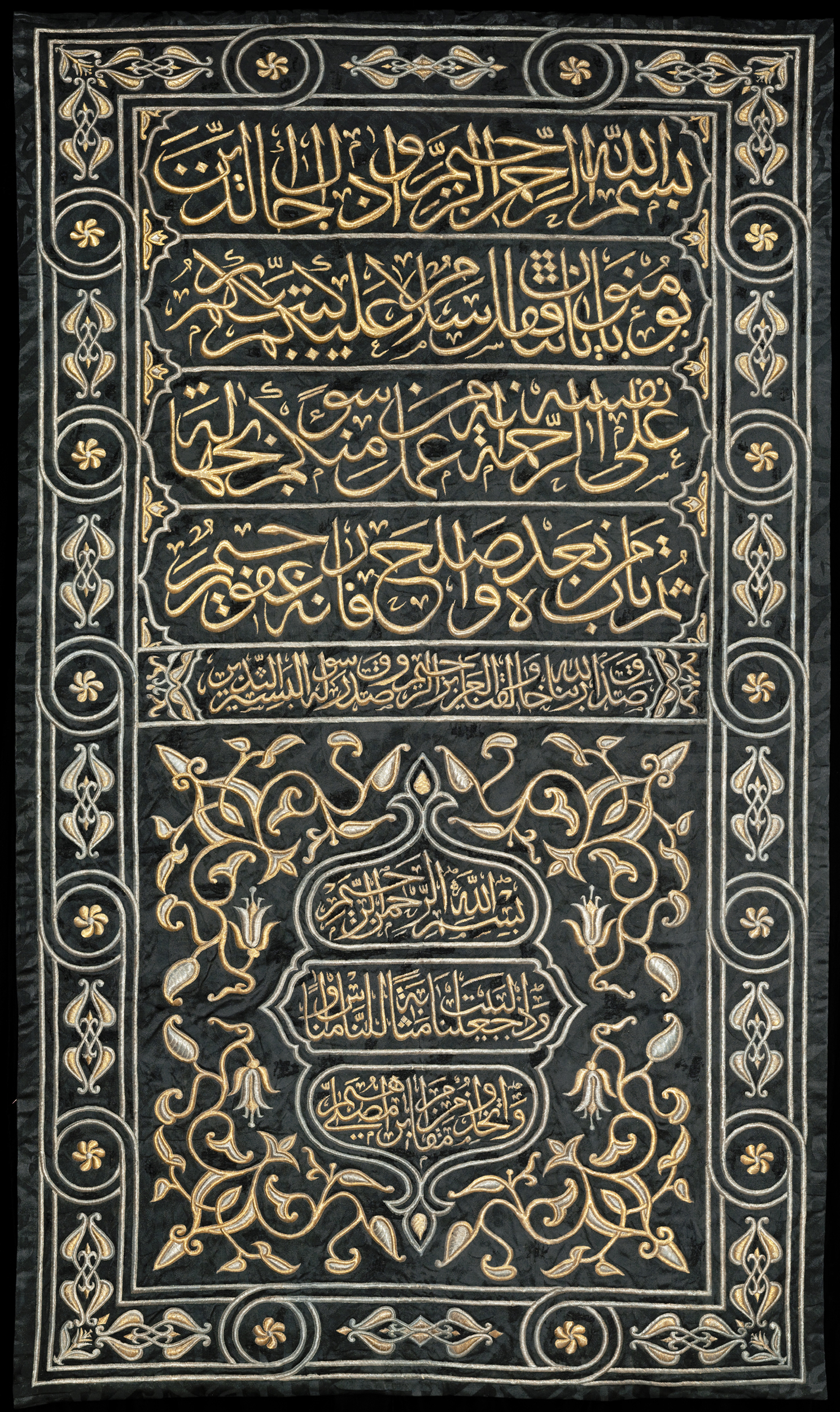