copied in naskh script; 15 lines to the page; with 25 coloured diagrams

This compendium of astronomy, entitled al-Mulakhkhas fi al-Hay’ah, was composed by Mahmud ibn Muhammad ibn ‘Umar al-Jaghmini one year before the author died during the Mongol conquest of Khwarazm in 1221 AD. The work, which is in Arabic,  comprises an introduction on simple and complicated bodies and celestial spheres, followed by two books, the first on astronomy and the second on geography, trigonometry and astrology.

According to the colophon (folio 29b), the scribe Qutb al-Din ibn Muhammad al-Nakidi copied the manuscript in Ayathulugh (Ayasoluk in modern Turkish spelling). This is probably the earliest manuscript written and illustrated in Ayasoluk and implies the existence of a scriptorium in an area that, in 1383, had only recently come under Turkish control. 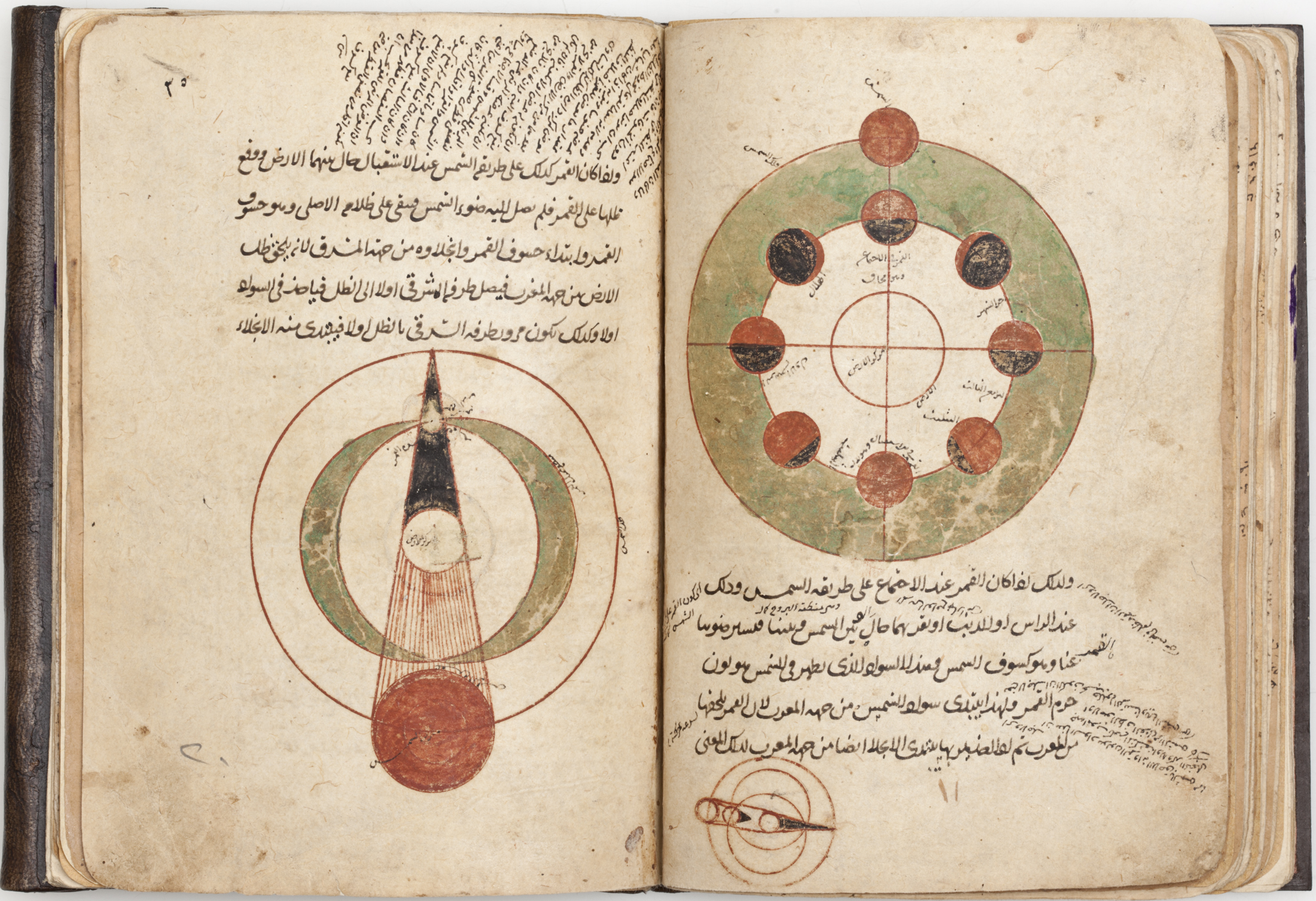 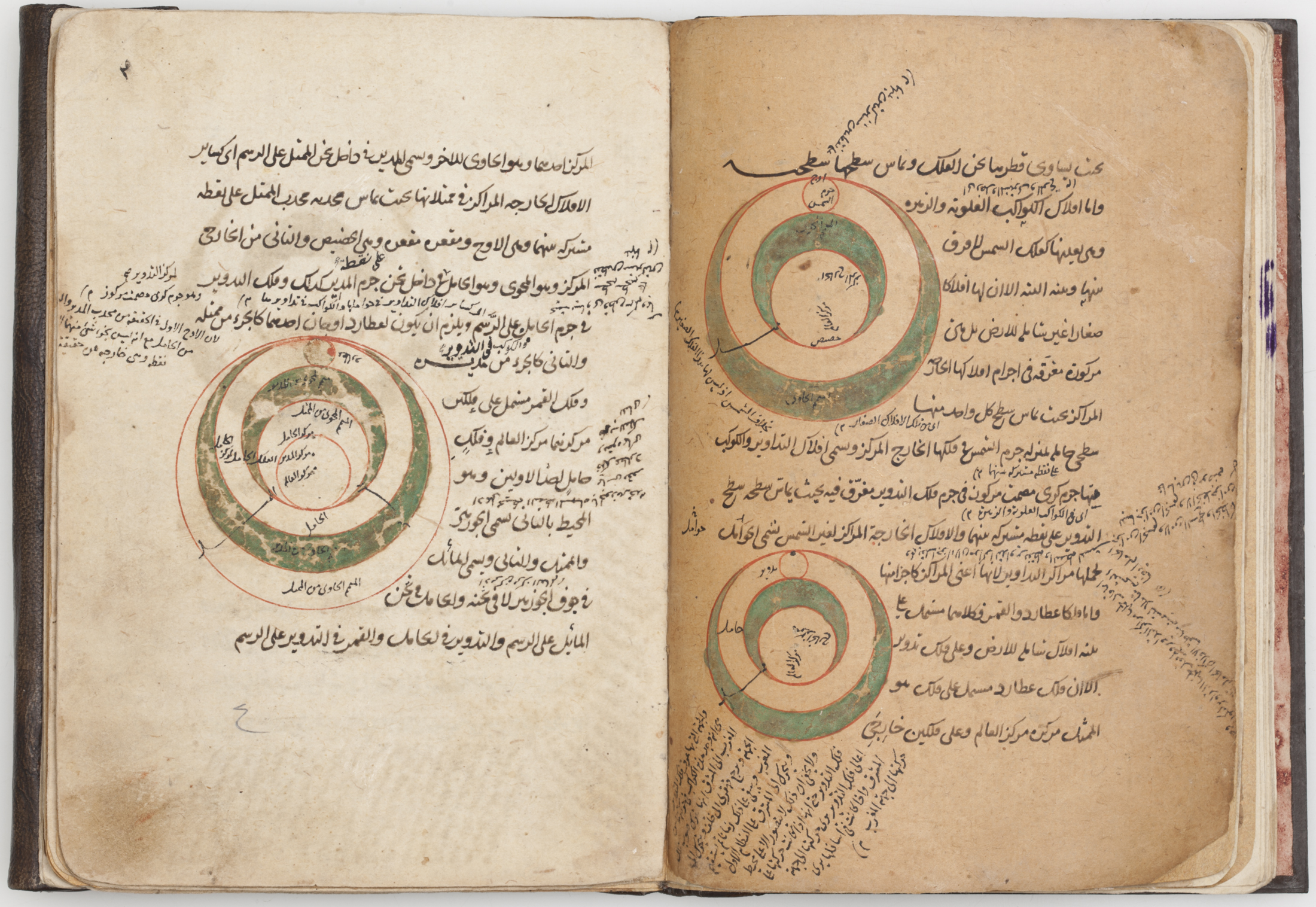 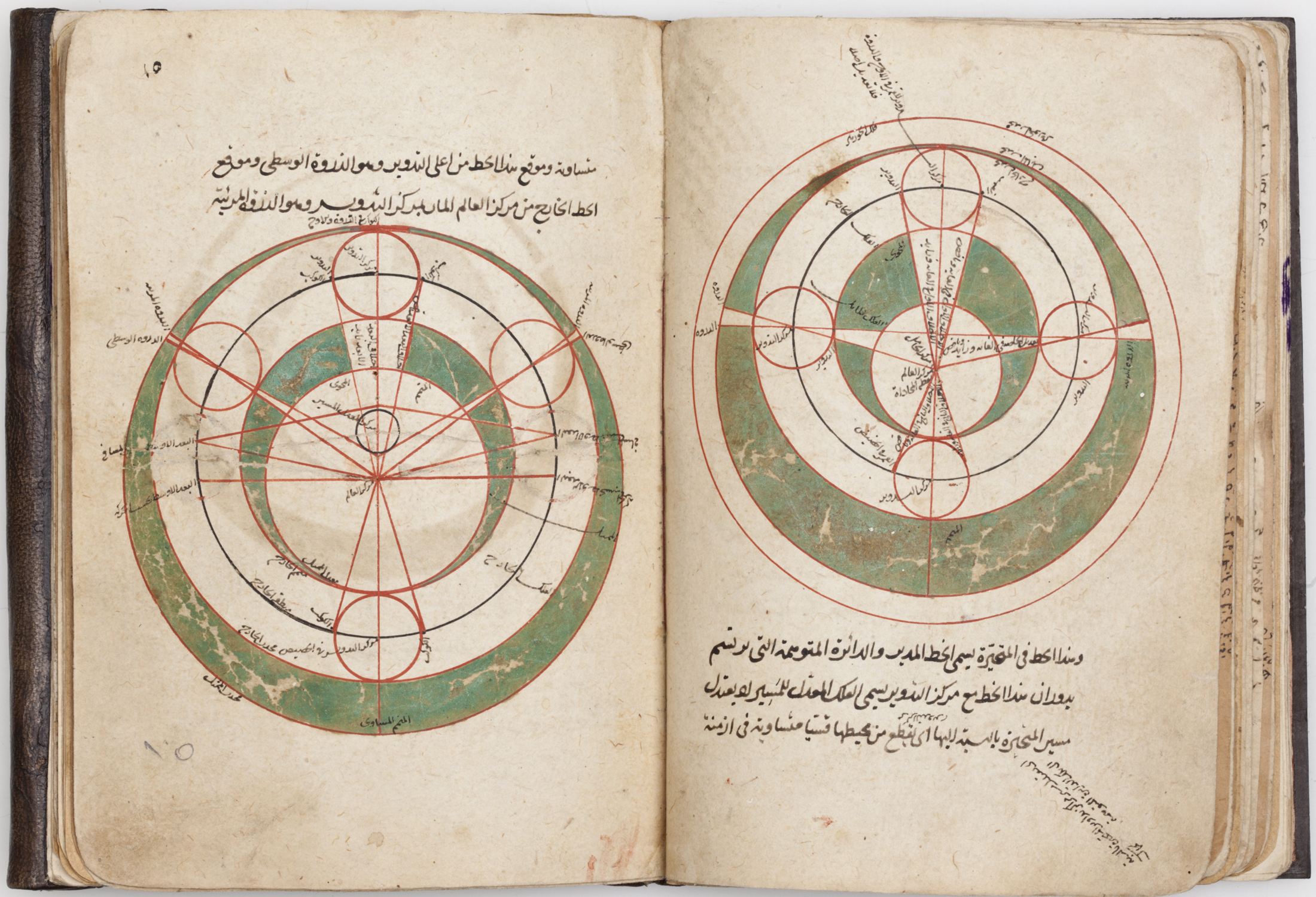 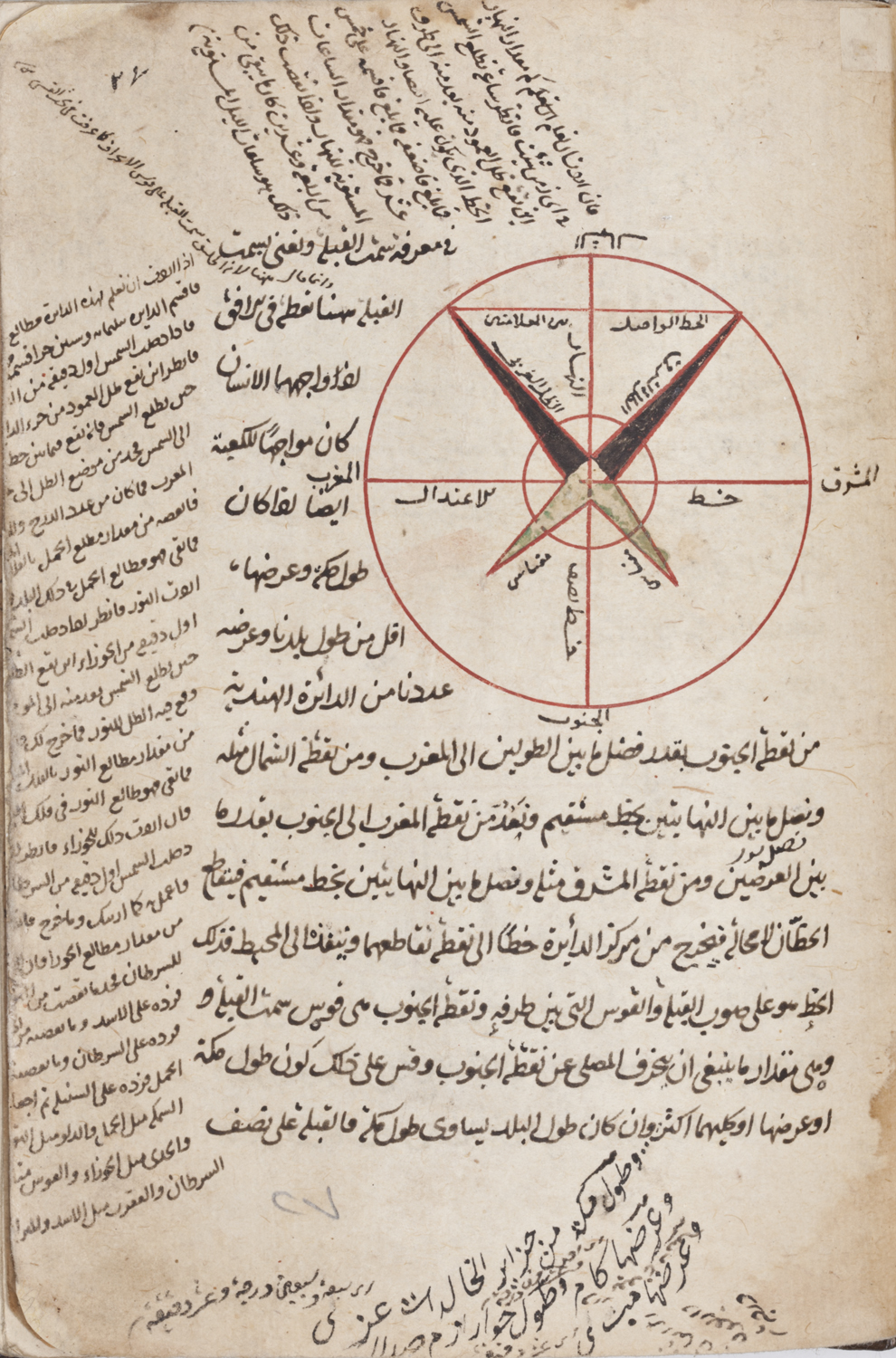