main text copied in naskh script, incidentals in thulth; 12 lines to the page

The finesse and restraint of the illumination of this manuscript are typical of Ottoman court production during the reign of Sultan Süleyman the Magnificent (r 1520–1566). The fine calligraphy and illumination has led many scholars to attribute this manuscript to the outstanding 16th-century Ottoman calligrapher Ahmed Karahisari, a pupil of Asadullah al-Kirmani. 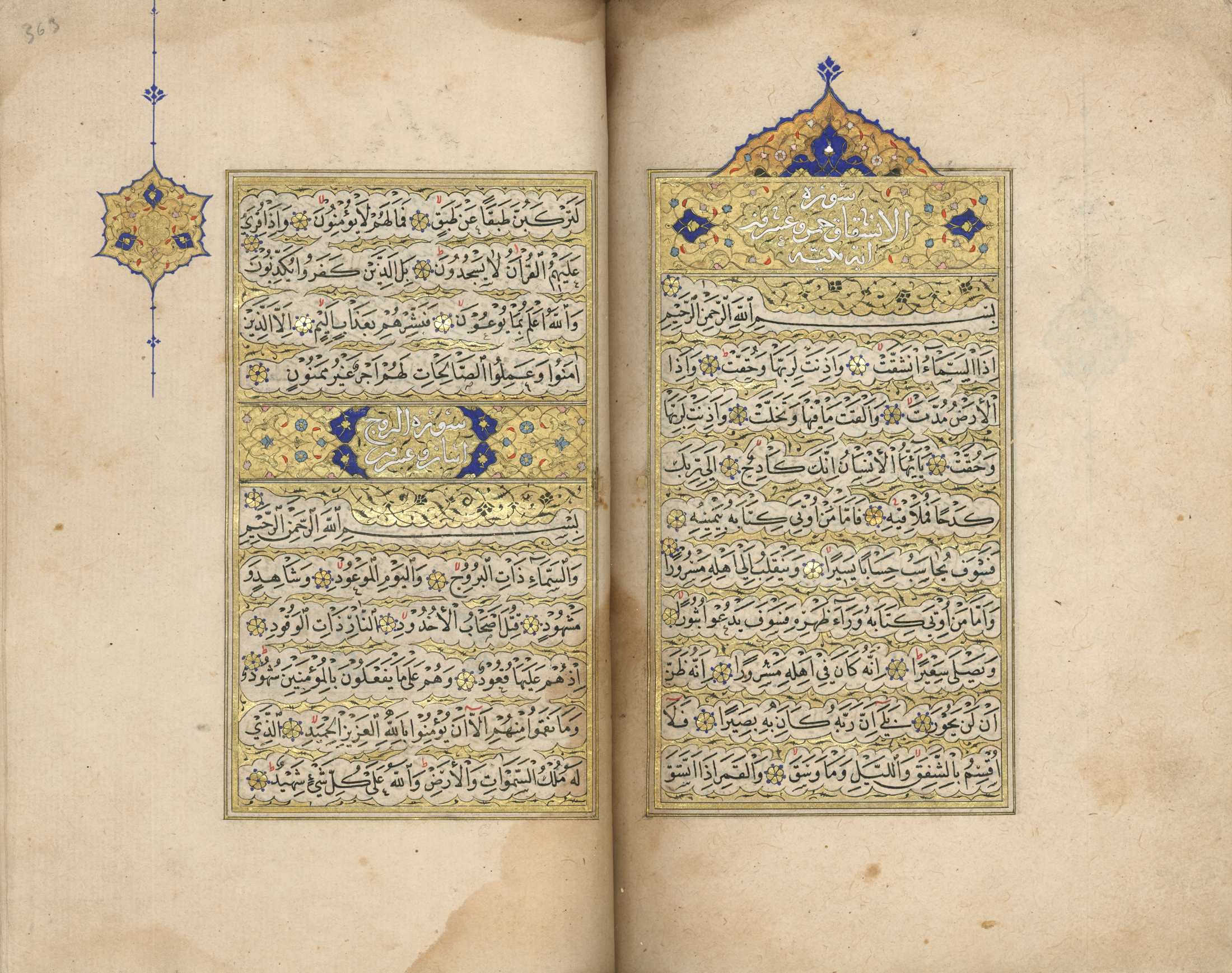 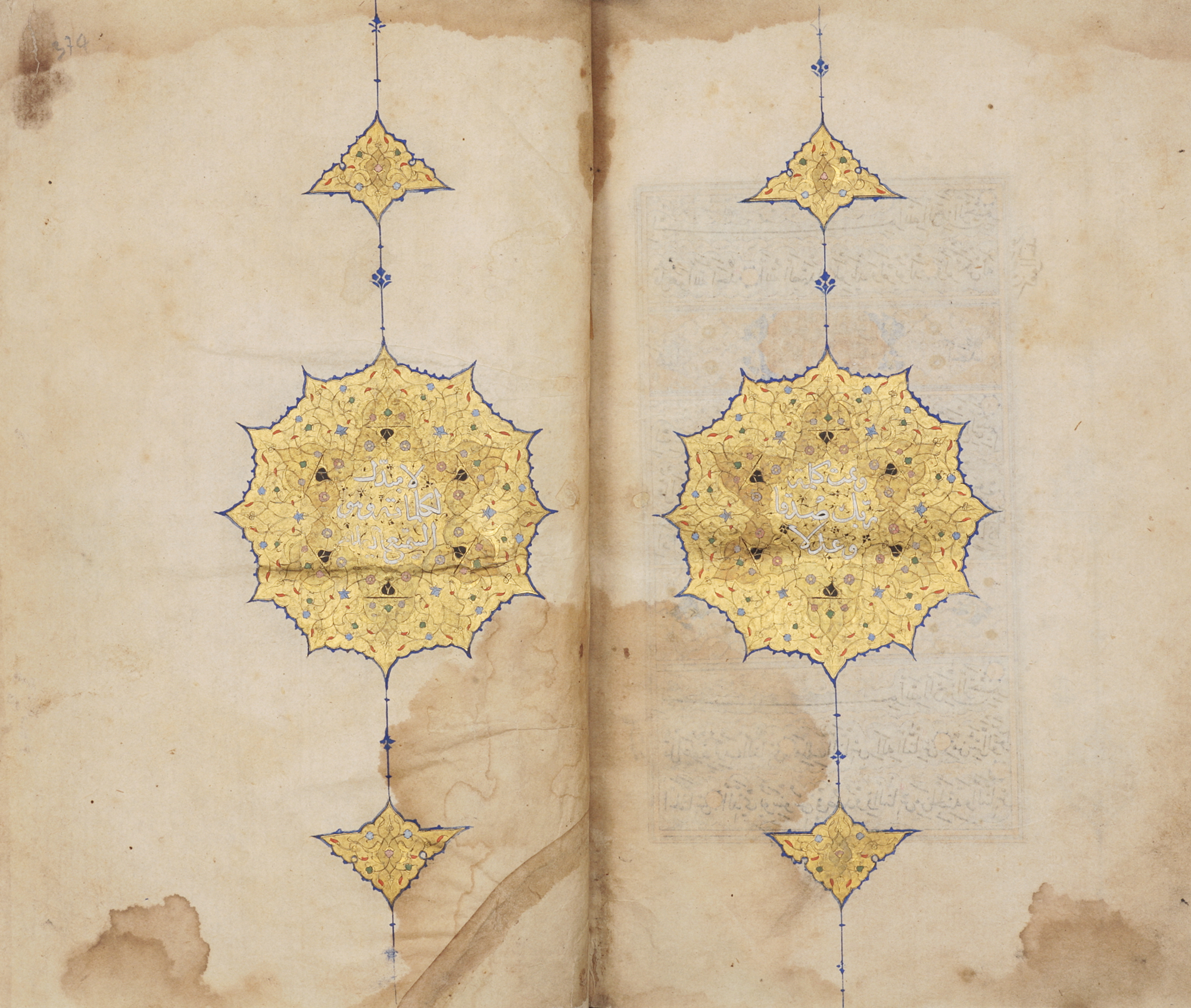