The bases of this cup and saucer are engraved with the tuğra of Abdülmecid (1823–61), who succeeded his father Mahmud II as Ottoman sultan in 1839. Although committed to the reforms initiated by his father, Abdülmecid lacked the strength of mind and body to continue their successful implementation. At the same time, he placed considerable strain on the finances of the Empire by his extensive building projects and his extravagance in gratifying the demands of his harem. New palaces, including the Dolmabahçe, were filled with European furniture and objects in such quantities that in one year the bill paid by Abdülmecid to Küçükoğlu – an Armenian supplier of European merchandise – exceeded the amount spent on the Ottoman army in Thrace.

European craftsmen were quick to accommodate the sultan’s taste for their luxury goods. This cup and saucer, notably more refined in execution than much of the Genevois workshop’s production destined for the Ottoman market, is characteristic of the new hybrid style they created. Both the lime green ground and the painted garlands of polychrome flowers had been a feature of ‘export’ boxes for some decades; however, the introduction of Swiss landscape vignettes – depicting idealised views of the Château de Chillon on Lake Geneva and the Staubach Falls, Lauterbrunnen – was new. 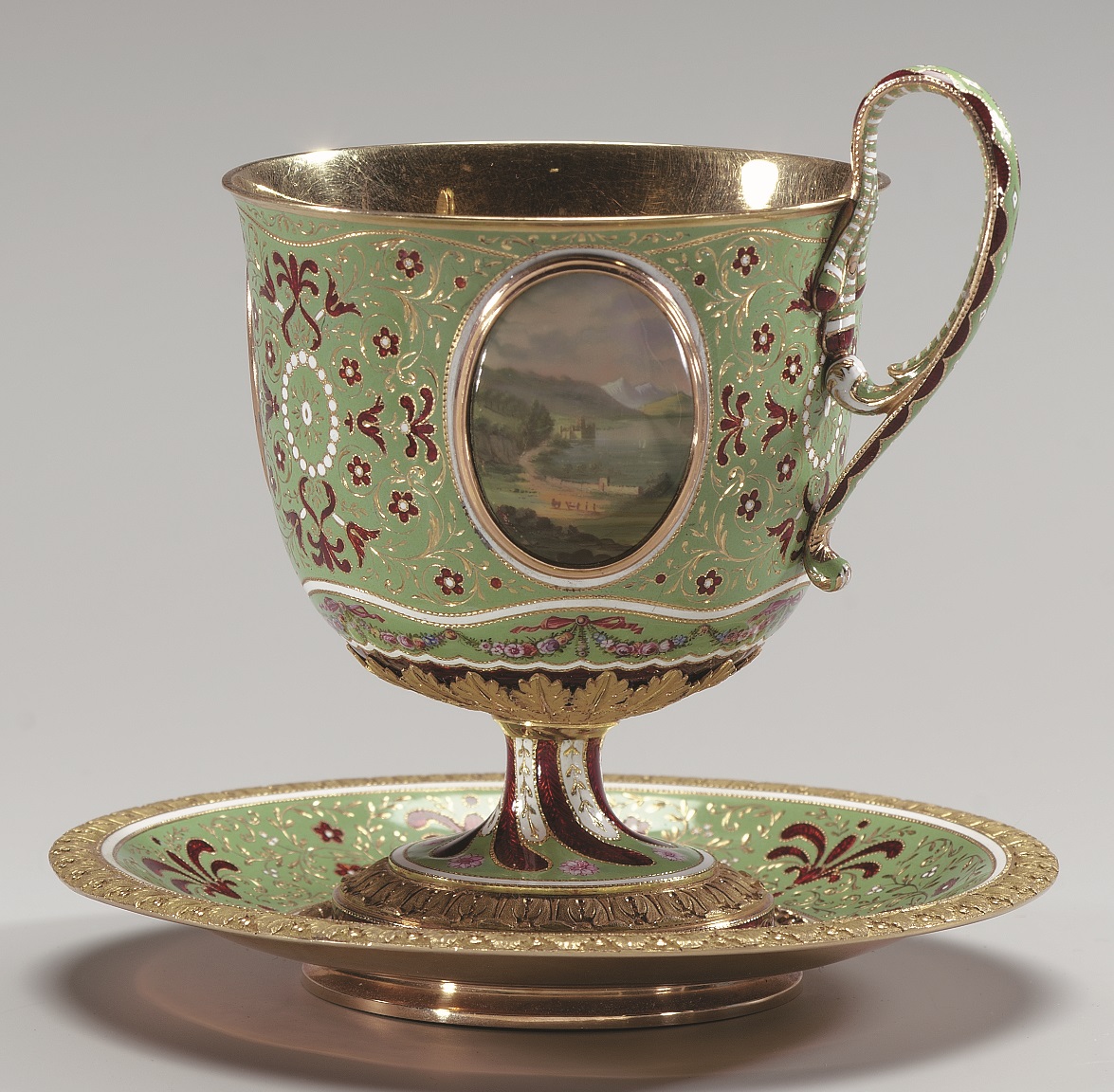