Pavel Akimovich Ovchinnikov (1820-88) opened a small workshop in Moscow in 1851. His reputation was established at the All-Russian Industrial Art Exhibition in 1865, where he was awarded a gold medal, his work in enamel being particularly admired. At this date in Russia the prevalent enamelling technique was champlevé, in designs that were increasingly derived from folk art. For inspiration Ovchinnikov and other silversmiths were able to study a succession of recently published works on various forms of traditional Russian art. In the ensuing years the firm continued to prosper, a branch opening in St. Petersburg in 1873. Success was no doubt fuelled by various innovations, including the development of painted filigree enamel and red lacquer ware – the latter a response to the fashion for all things Japanese. After Pavel Ovchinnikov’s death the firm continued undiminished until the Revolution, under the management of his sons Mikhail, in St. Petersburg, and Alexander, in Moscow.

The lower section of the cup is decorated with vignettes of a mythical creature, part bird, part woman, that was the subject of Byzantine and medieval Russian legends. In decorative folk art, from engraving to embroidery and woodcarving, two such creatures are frequently paired. They represent Sirin and Alkonost, birds of sorrow and joy. In 1896 Viktor Vasnetsov, an influential exponent of the romantic branch of the Slavic revival, used these mythical creatures for the subject of a painting. 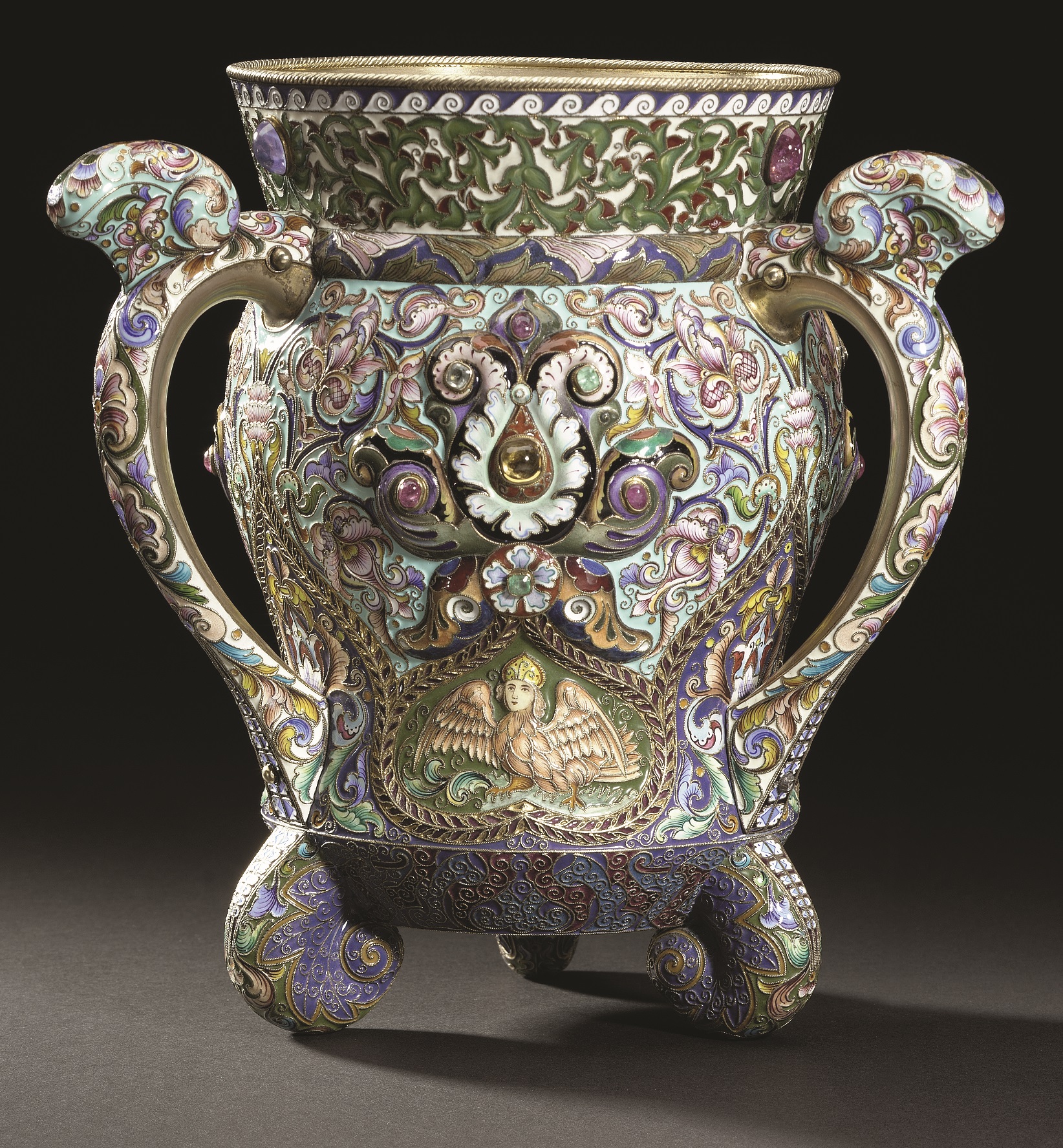