The presentation inscription in Old Russian script translates ‘To the President of the French Republic Emile Loubet from the Residents of Tsarskoye Selo, 3 May 1902’.

It is evident from the different dates of the assay control (1896) and the presentation (1902) that, in this and other instances, the basic form was prepared in advance and held in stock until a specific commission determined the final customised embellishment. Here this has been achieved by the application in the centre of the dish of the arms of Tsarskoye Selo and the cipher of its developer, the Empress Elisabeth I, together with the engraved presentation inscription. Originally a domed salt cellar, now missing, accompanied the charger; both may be seen in a contemporary illustration published in the journal Niva.

Emile Loubet (1838-1929), son of a landed peasant, was elected seventh president of the French Republic in 1896; he retired in 1906. An orator of force and lucidity, Loubet was regarded as a reliable and honest statesman. His inauguration of the Paris Exposition Universelle in 1900 was the highpoint of his presidential term. In 1902 he made a state visit to Russia, reciprocating that made by the Emperor Nicholas II to France in the previous year. This bread and salt dish, together with another also made by Ovchinnikov and presented by the city of Moscow (RUS 113), was among the gifts received by Loubet in the course of the visit. 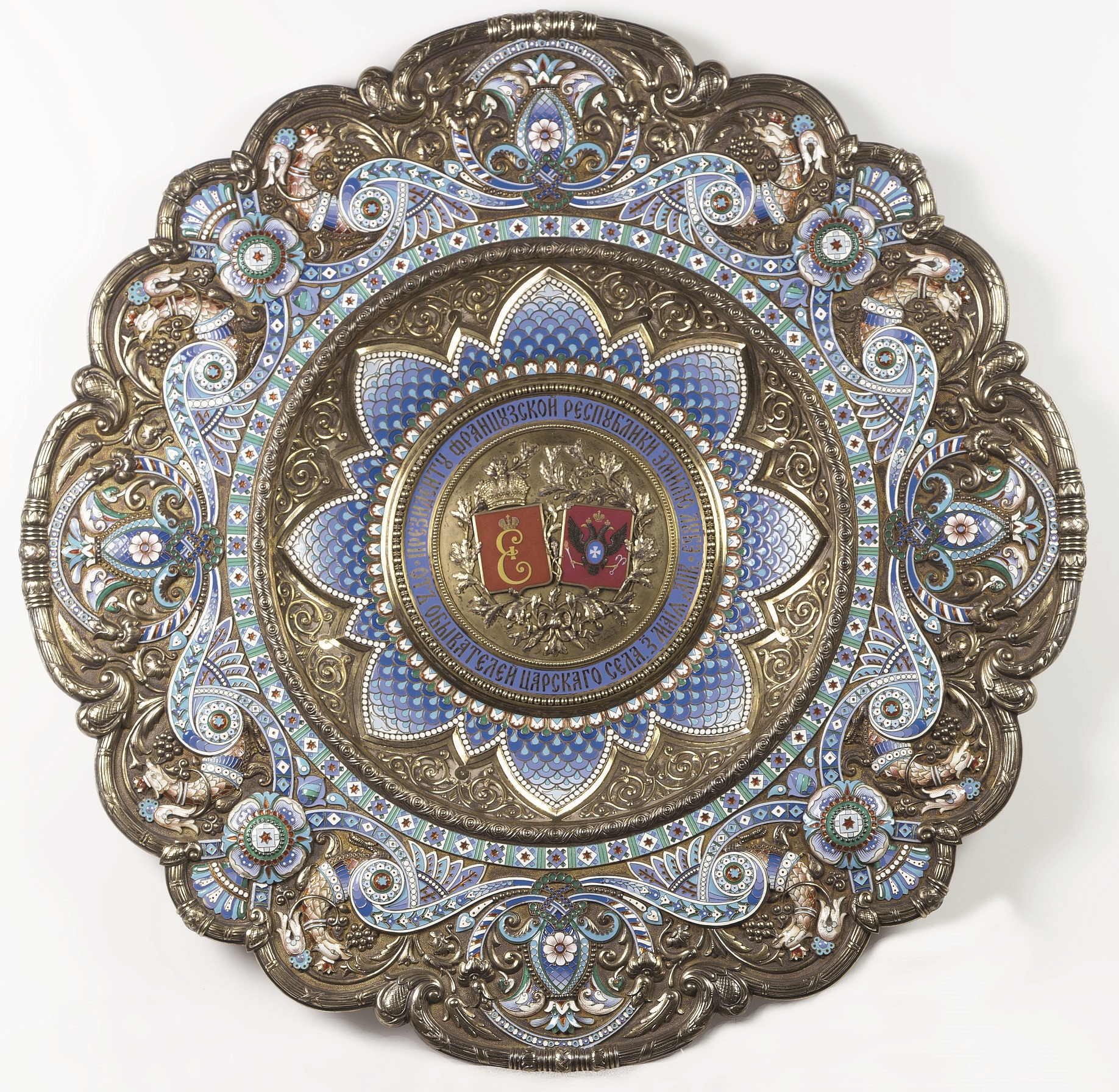