A framed panel showing waves rising up and crashing against a craggy shore, where a pair of large spiny lobsters or crayfish seek shelter by a barnacle-encrusted rock. A tiny shell of the whelk family is tossed in the surf at the right. Decorated in black, gold, red, silver, aokin, and other shades of gold hiramakie, takamakie, and togidashie on a roiro ground, with details in aogai, sparse hirame, kirikane, kimpun, kakiwari, and keuchi.

Zeshin’s first makie panel was probably the study of Mount Fuji which he did for the 1873 Vienna World Exhibition; he seems to have adopted this unusual format in a conscious effort to compete on equal terms with Western oil-painting. While the individual elements of this design – the crayfish, the breakers, the crags, and the little shell – would not look out of place in the decoration of a box or even an inro, their use together in a single large-scale composition is a radical departure from traditional makie practice.

There are two other panels of crayfish and waves dating from Zeshin’s last years. One was purchased by the Crafts Office of the Ministry of Agriculture and Trade in September 1888 for showing at the 1889 Paris Exposition, where it received a gold medal, and the other, signed Gyonen hachijuni-o Koma Zeshin [Koma Zeshin, an old man aged eighty-two], was shown at the Third National Industrial Exposition in 1890. An 1881 urushie painting of two crayfish was exhibited at the 1907 memorial exhibition (Shibata, Zeshin-o gakan zokuhen). 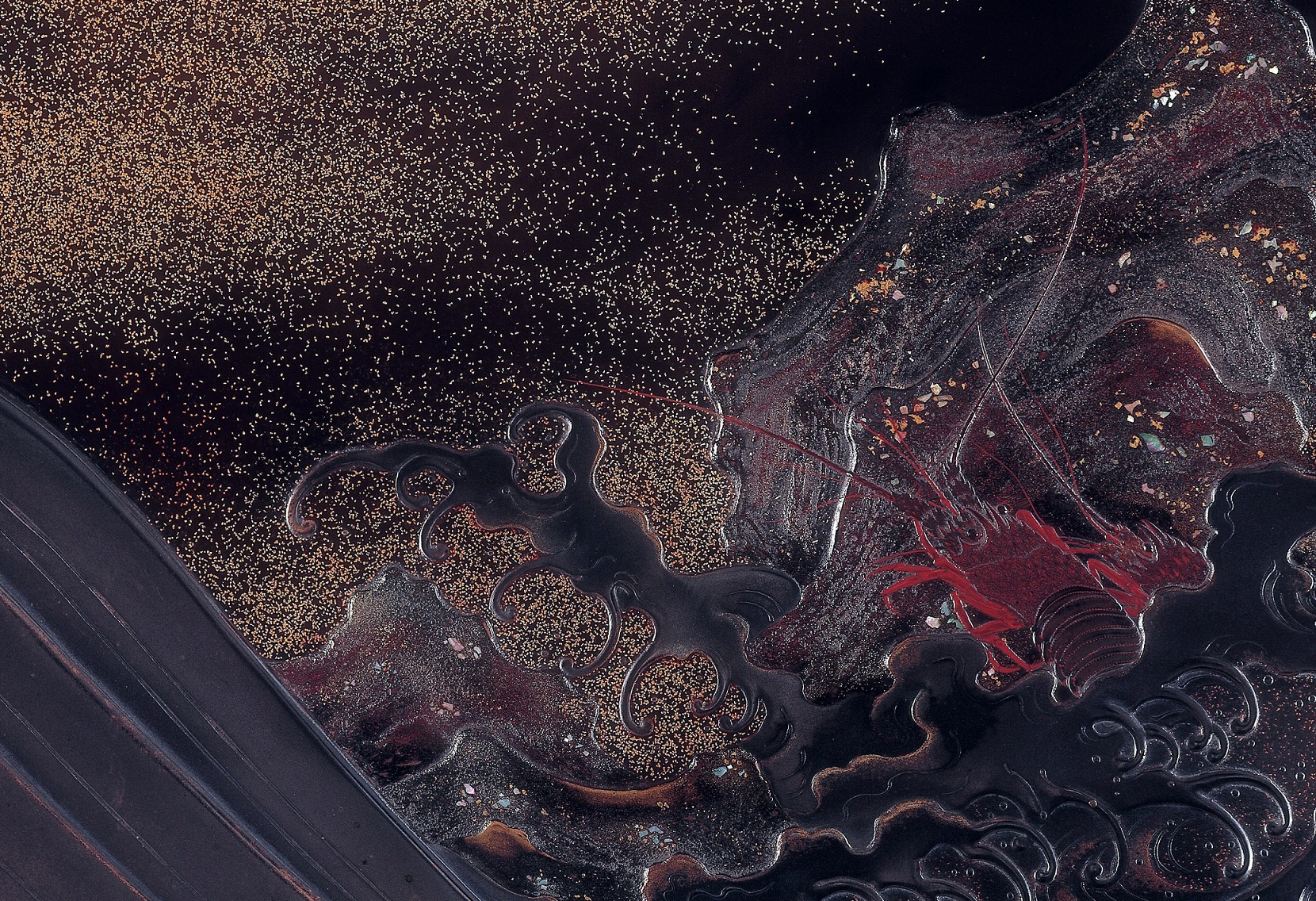