This large and extremely heavy mirror appears to be constructed of more than twenty separate parts, excluding the sculpted appliqués. Its base element and support would be the flat recessed background to which the outer moulding and inner oval frame are attached. The frame is damascened overall in gold that is generally flat, but which is interspersed with elements worked into very low relief. Attached to the frame are some fourteen separate chiselled three-dimensional sculptures.

Like the Fonthill casket (ZUL 102), or to an even greater extent Plácido’s Buckingham Palace table, this mirror-frame is conceived as if it were a piece of contemporary wooden furniture. Its construction and design relate more to the cabinetmaker’s art than to the ironworker’s. Oddly, the bevelled raised plaques containing the silvered relief sculptures are inspired by similar wooden plaques applied to completely machine-made furniture at the turn of the century. Often marbled, they substituted for the hand-carving of a few decades earlier. The outer frame is mitred and joined as if it too were its wooden counterpart. Other carved furniture or architectural details, such as the many tongue-and-dart mouldings, are reproduced flat in damascene.

The blackened iron sculptures of real and mythical beasts and acanthus foliage elements applied to the frame contrast with the profusion of gold, either burnished leaf or wire damascene. As with similar well-executed sculptures on other Eibar objects, these are extremely effective, and suggest a source of formal design which has not yet been identified.

This frame is an outstanding example of teamwork, indicating its production in a major workshop. It is certainly the finest example to come from an era in which the great commissions were becoming only a memory. 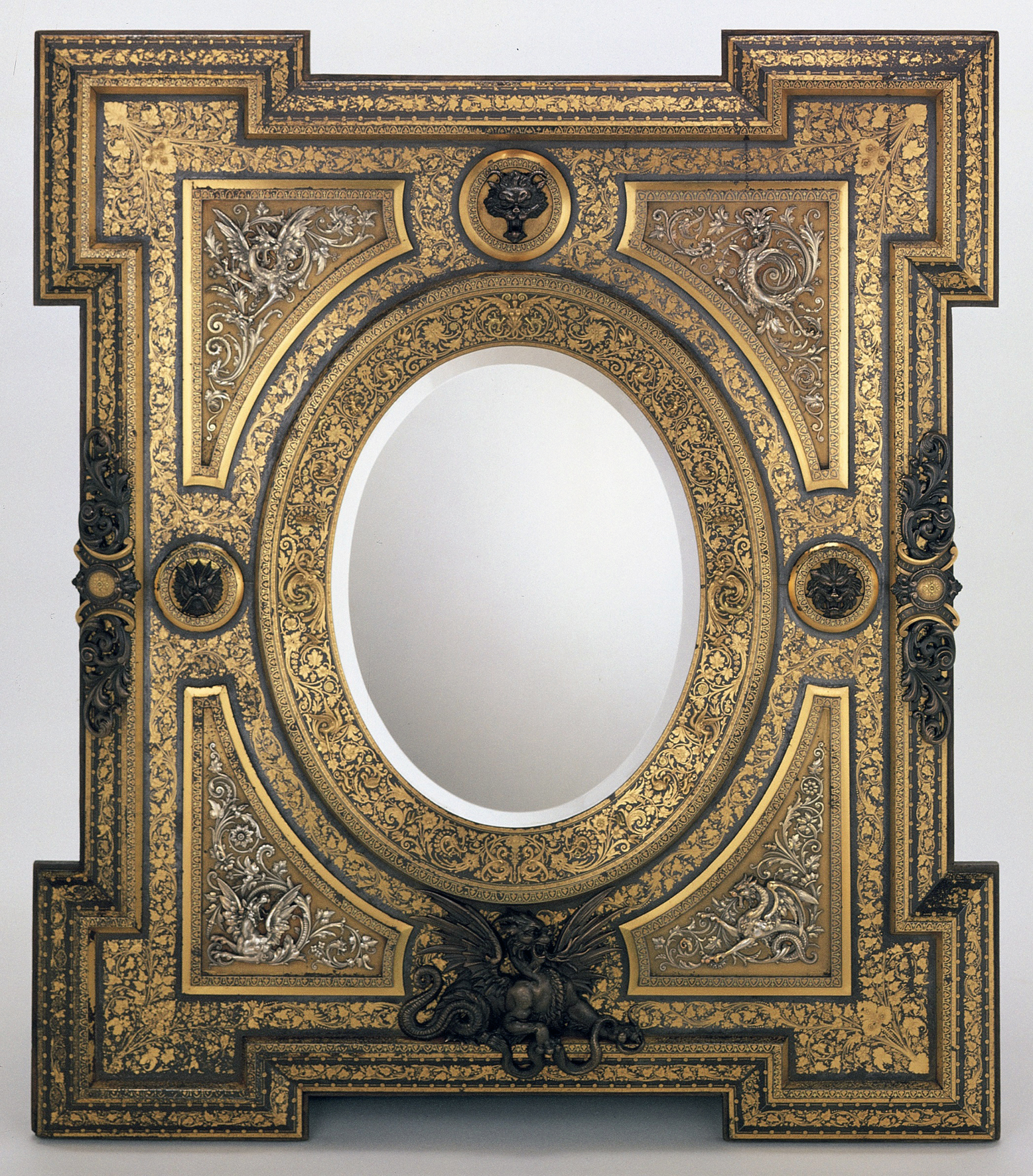 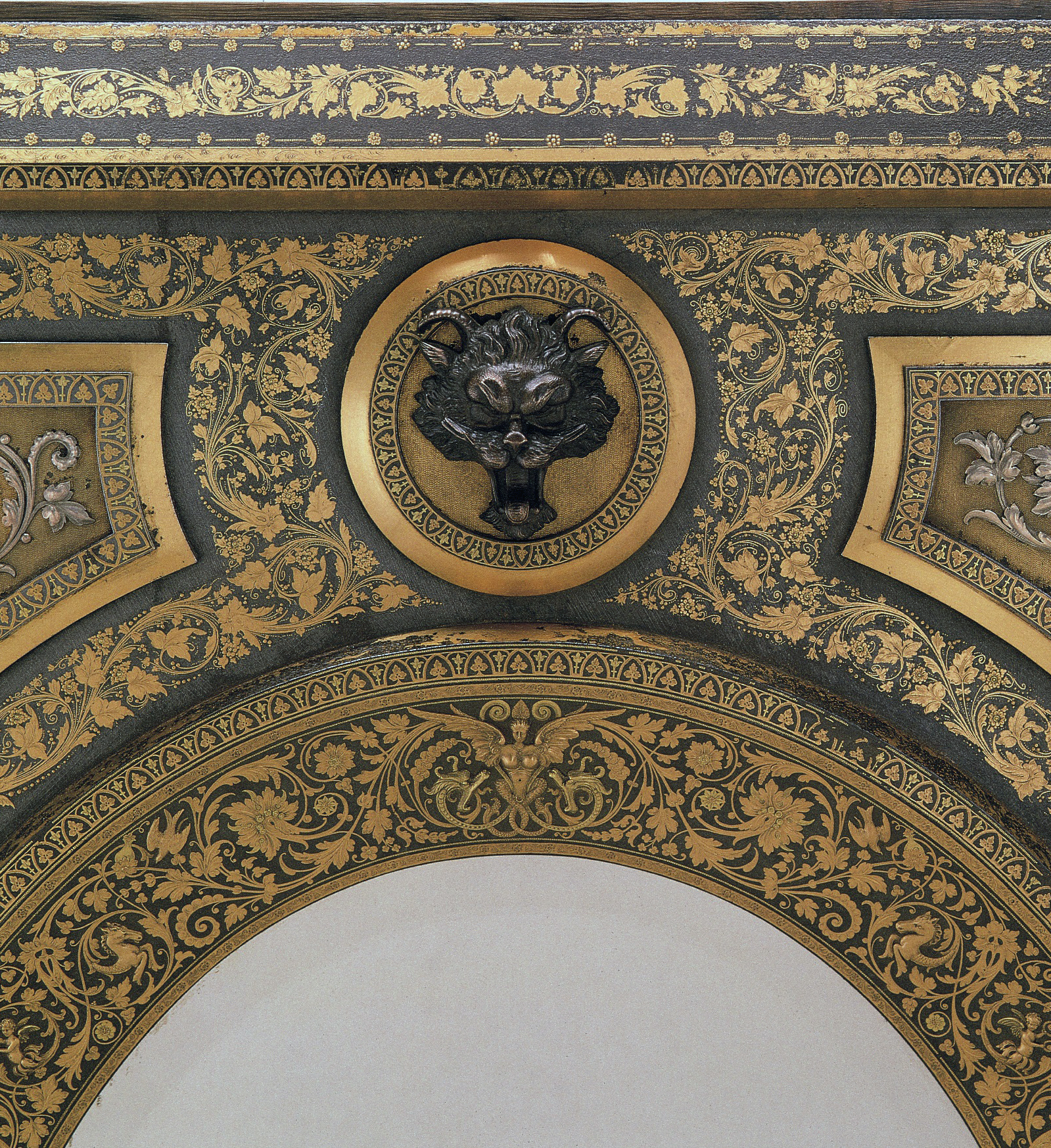 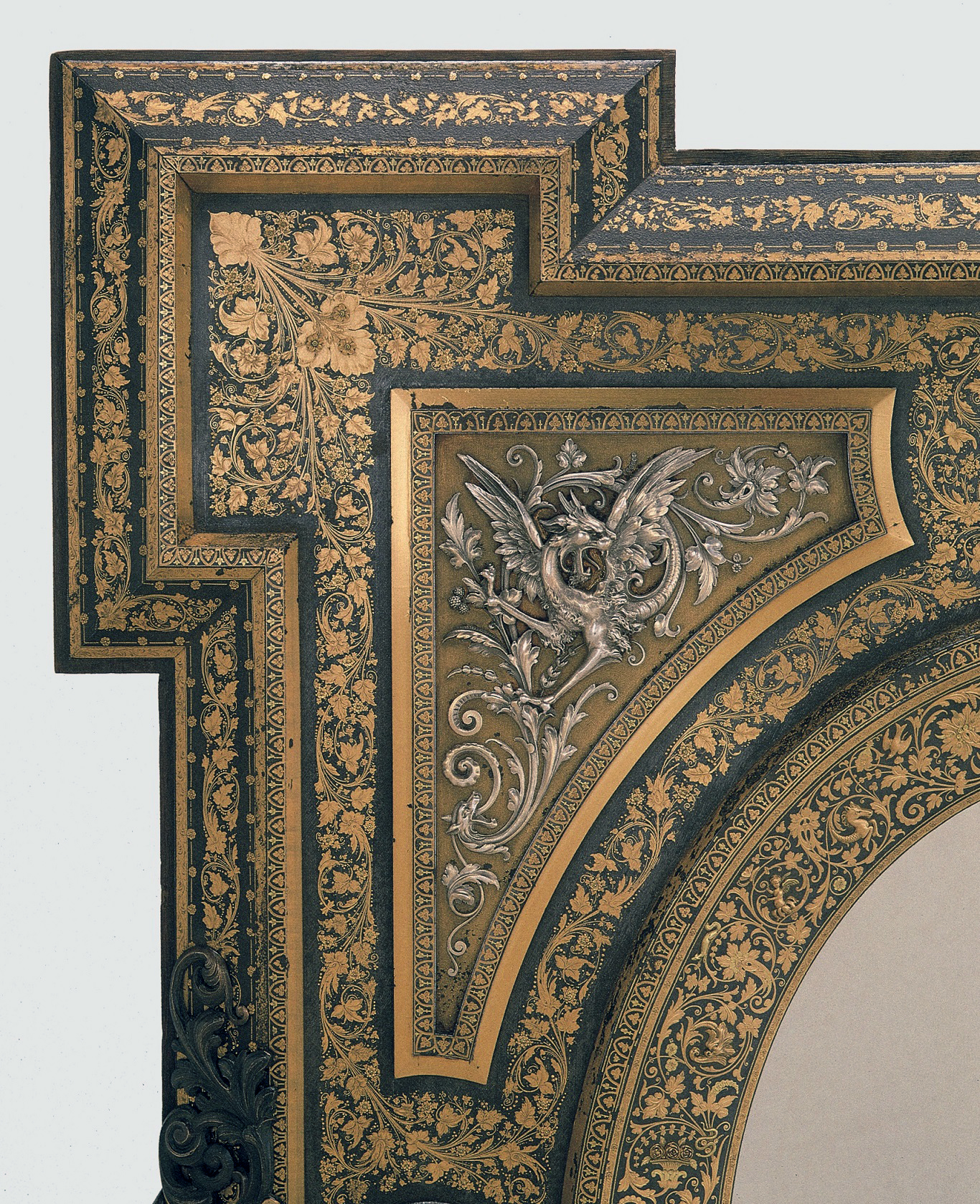