This incense burner, together with the vase E 10, was originally one of the flanking pieces of a three part garniture made for the World’s Columbian Exposition in Chicago 1893. The original design was painted by Araki Kanpo of Tokyo. According to the 1893 catalogue, the general design of the pieces represents the seasons of the year and symbolizes the virtues of wisdom, honesty and strength as well as China, Russia, Korean Islands, Empire of Japan and America. Here, the chickens represent the virtue of honesty and the Korean islands, the sun represents the Empire of Japan, and the bronze eagle on the cover of the censer is the American eagle. The silver stars inlaid on the horizontal red and white stripes are emblematic of the American stars and stripes. 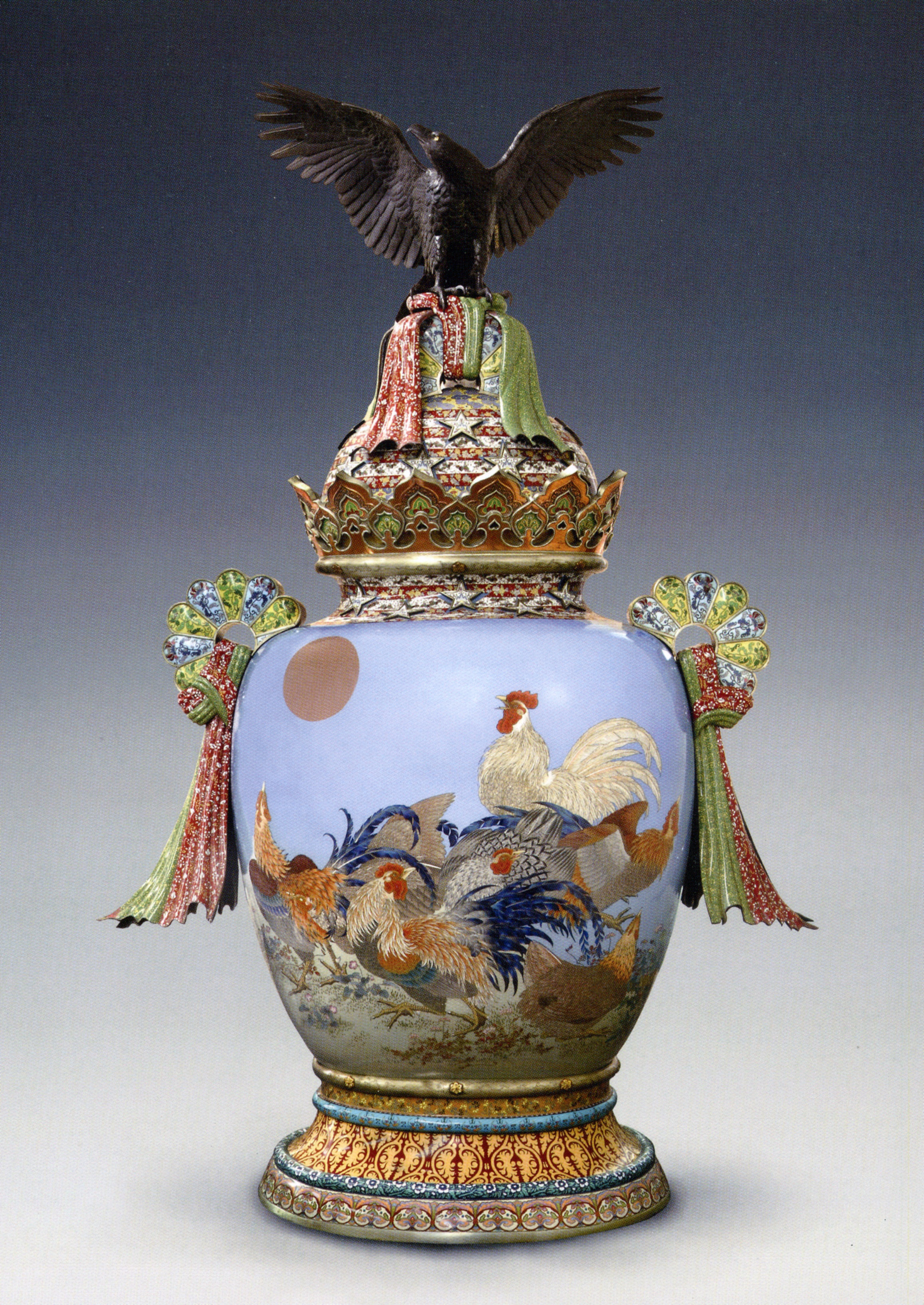