The quality of workmanship suggests that this spittoon was made under princely patronage in Rajasthan, probably in Jaipur, where some of the most accomplished goldsmiths and jewellers of the period were working. The main decoration consists of alternating, highly stylized flowering plants on a yellow enamelled ground, or – unusually – a wave-like pattern created by undulating lines of gold and pale opaque blue enamel. As is often the case with the finest Mughal enamelled objects, the underside of the rim and the base are equally finely decorated.

Spittoons were adopted in Mughal India along with the ancient Indian practice of chewing pan (leaves of the betel nut mixed with various ingredients, including cloves, cardamom, lime, catechu and sliced betel nut). 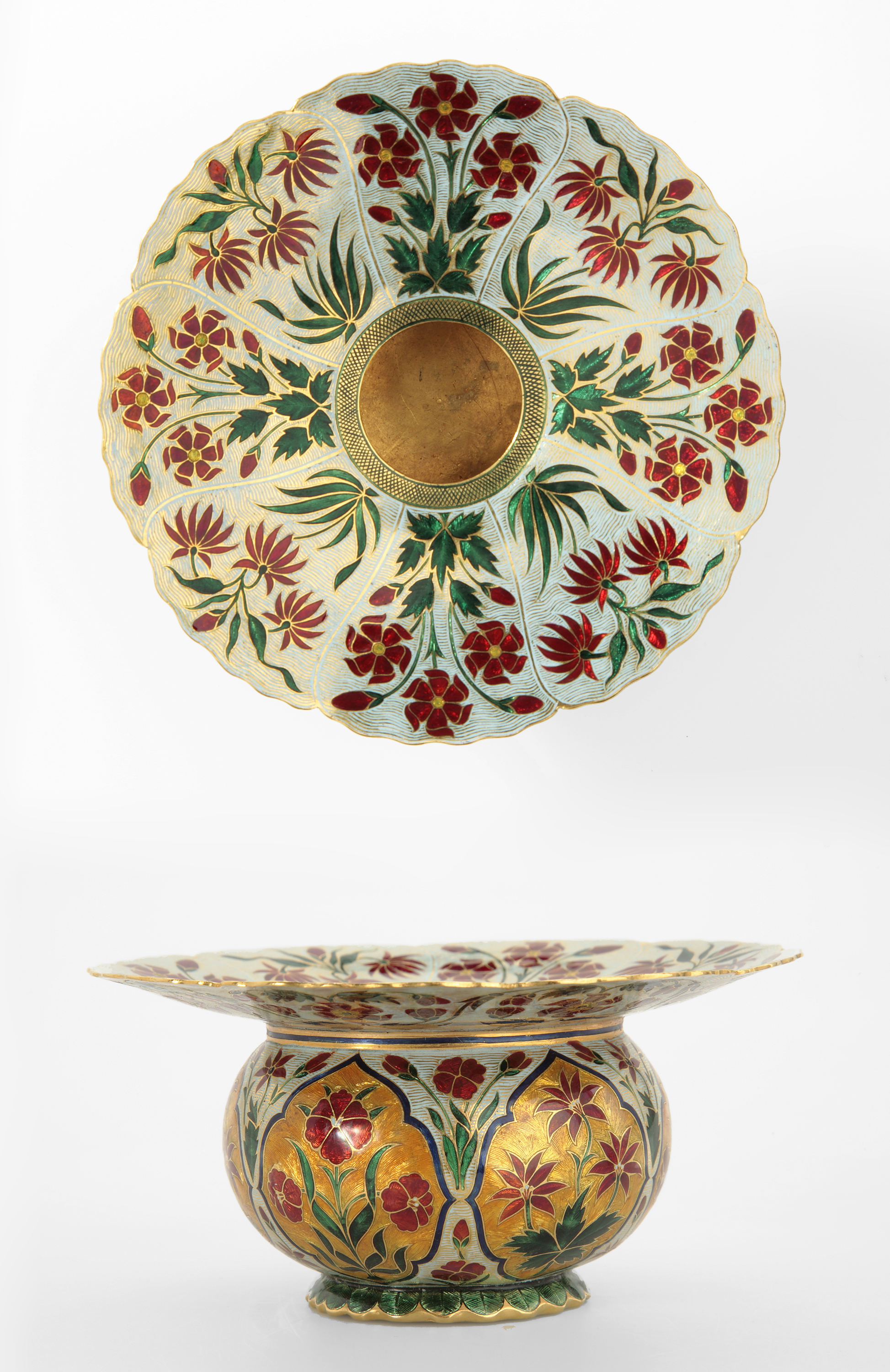 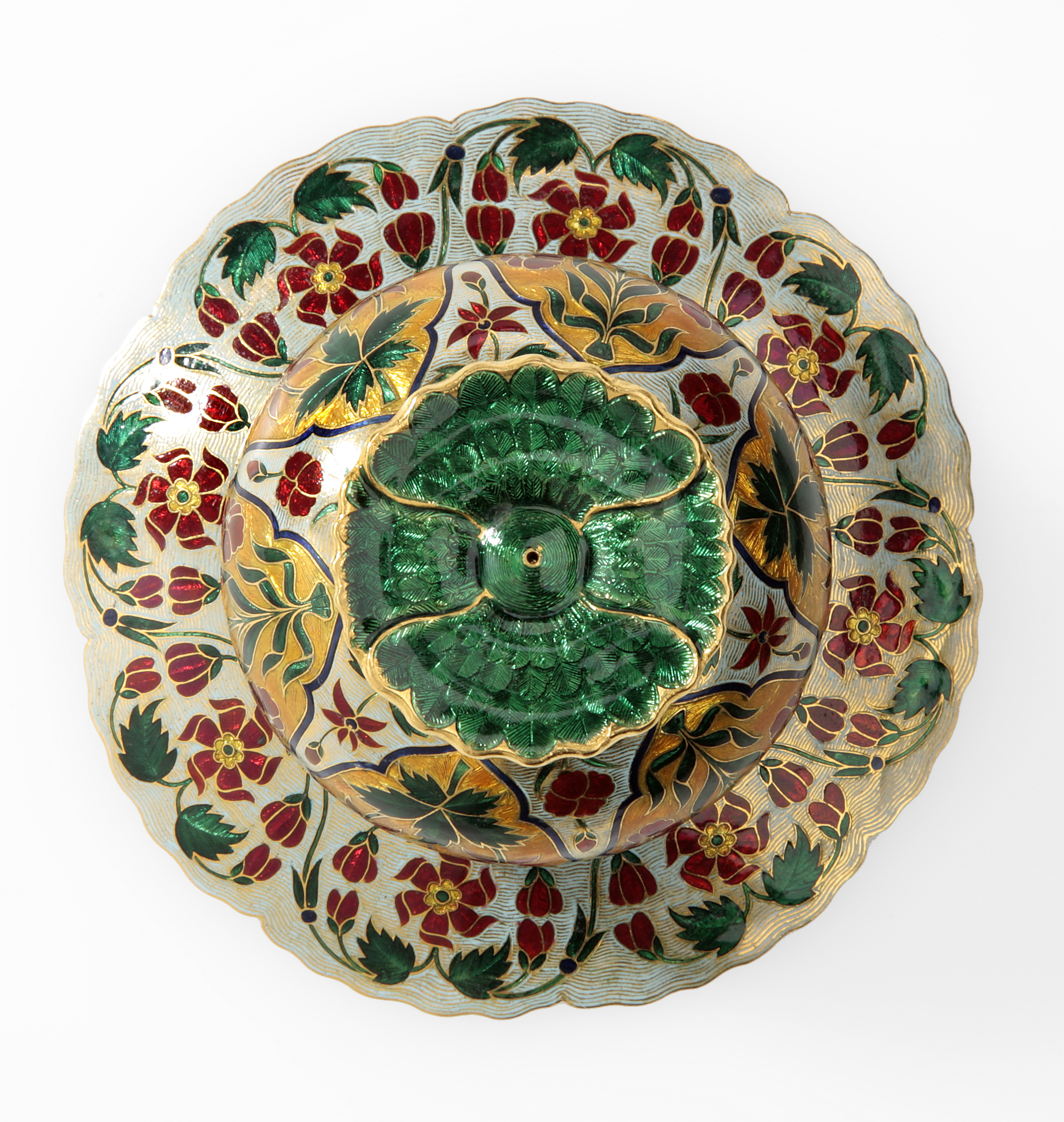