The box shows the success of Mughal enamellers in combining Indian and Western traditions of gold-working and enamelling. Its shape derives from Renaissance caskets with bracket feet and corner pilasters which were reproduced in the Indian subcontinent for the Portuguese market from the late 16th century. The decoration, however, is typically Mughal.

The rectangular box stands on a stepped pedestal with four feet at the corners, which are strengthened by cylindrical pilasters that support an overhanging rim. The lid is hinged and restrained when open by chains. The top of the clasp at the front and the hinges at the back are in the form of half rosettes soldered to the rim. Inside the box is a tray with circular holes through which six plain gold receptacles are suspended.

The sides of the box and the top of the lid are decorated with poppy flowers and buds, and the vertical sides of the lid with acanthus leaves, all on a white ground. The projecting rim is also enamelled in green over an engraved chevron motif, but two bands of chevrons on the pilasters are enamelled alternately in green and opaque white.

The internal tray has engraved overlapping leaves under translucent green enamel. The underside of the box and interior of the lid are also enamelled in green, but the pattern is a diaper of slightly larger separate leaves. The same pattern decorates the pedestal.

The six internal compartments suggest that the box was used for pan. Such boxes frequently have five compartments to hold the traditional ingredients mixed with the betel leaves in the quid: cloves, cardamom, lime, catechu and sliced nut, but a sixth was not unusual. A shallow gold tray, now missing, in which the betel leaves were kept, probably lay over the six containers. Alternatively, it may have been a condiment box for ground spices and sweets such as areca nut, cardamom, lime, anise seed, tobacco and catechu eaten at the end of a meal. The box could even have held scents, medicines or jewels.. 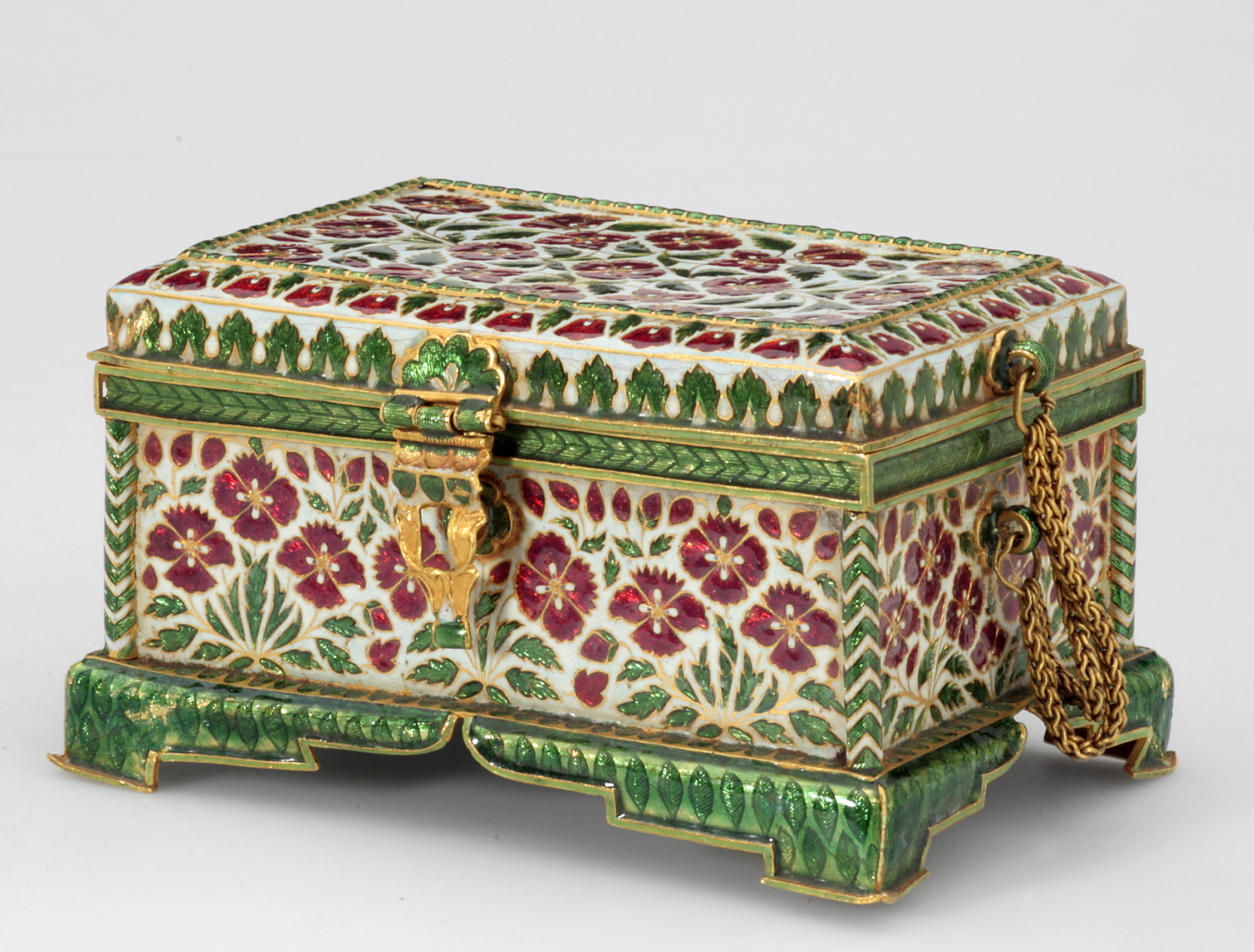 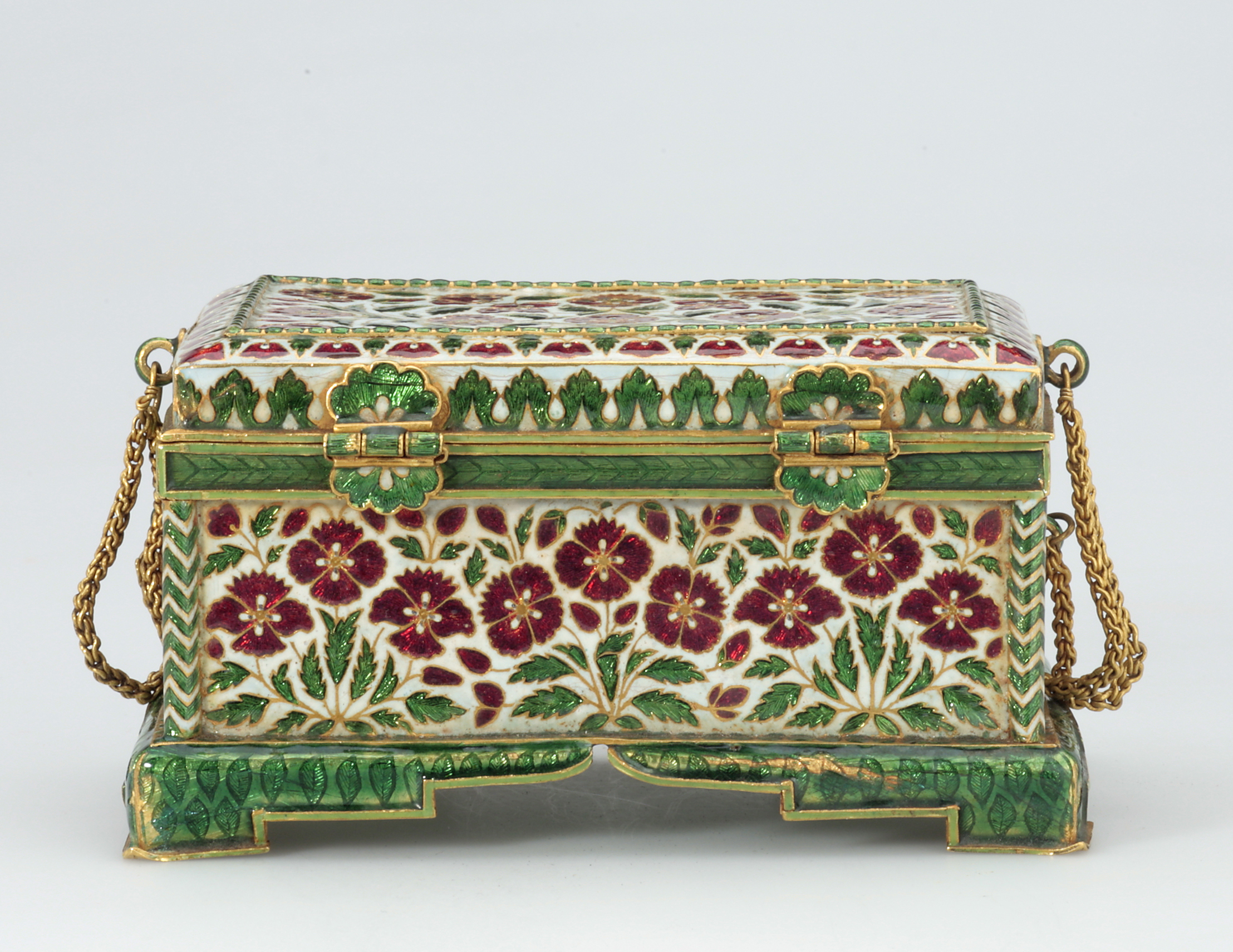 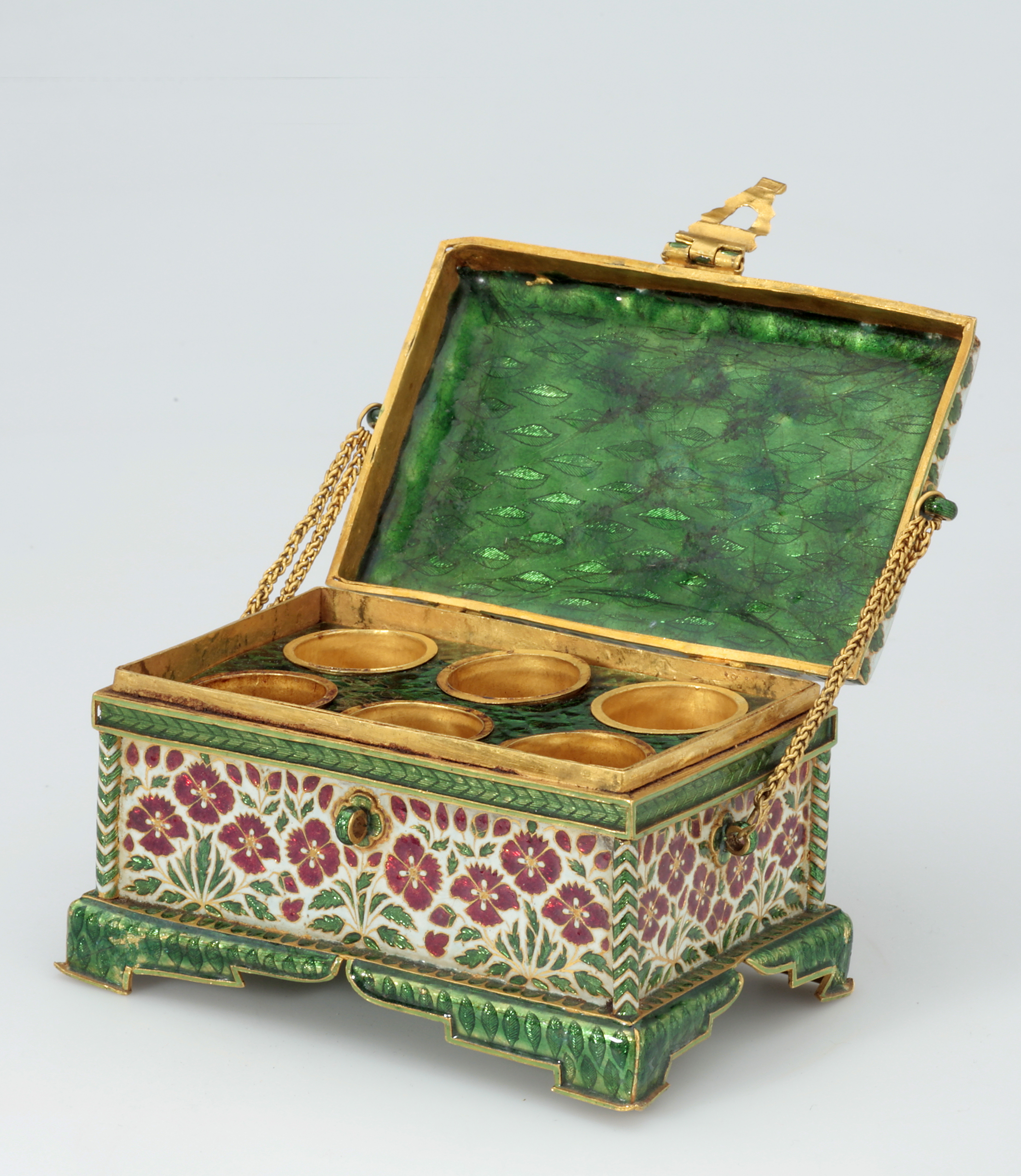