An important development in Islamic pottery was the discovery that the technique of lustre painting, which by the 9th century had been used for glass, could be applied to pottery with even more spectacular results, and also could be combined with in-glaze staining. By applying a combination of metallic oxides, sulphur and other substances to the glazed surface and firing in an oxygen-poor muffle kiln, an infinitesimally thin metallic layer of gold, silver or copper was deposited on the surface. However, the process was difficult to control; the ultimate effect depended to a large extent on the firing conditions in the kiln. Over-firing tended to dull the colours but a few surviving vessels with brilliant metallic gold lustre on a ruby ground give a good idea of what the potters intended to produce. Initially they aimed for polychrome decoration but later monochrome yellowish lustre became more popular.

Although lustre-painted wares, both vessels and tiles, were indisputably a luxury, fragments are represented in excavations with later 9th-century levels all over the Middle East, and even northern India, at Brahminabad in Sind. Unfortunately, we do not know where these lustrewares were made or, indeed, whether the kilns enjoyed a local monopoly. Although the most important finds have come from Samarra, the Abbasid capital on the Tigris north of Baghdad founded in 836, scholars have suggested the port of Basra as the centre of production. On the other hand, such was the mobility of potters that lustre pottery could well have been produced at cities like Susa in western Iran and in Egypt at Fustat (Old Cairo) too.

With its angular shoulders, low feet and handle in the form of an animal jumping up to the rim, the shape of this vessel derives from early Islamic metalwork, which also influenced contemporary glass. The exterior is decorated with a honeycomb pattern filled with floral or foliate motifs, including almond-shaped forms recalling the wings of Sasanian royal crowns. 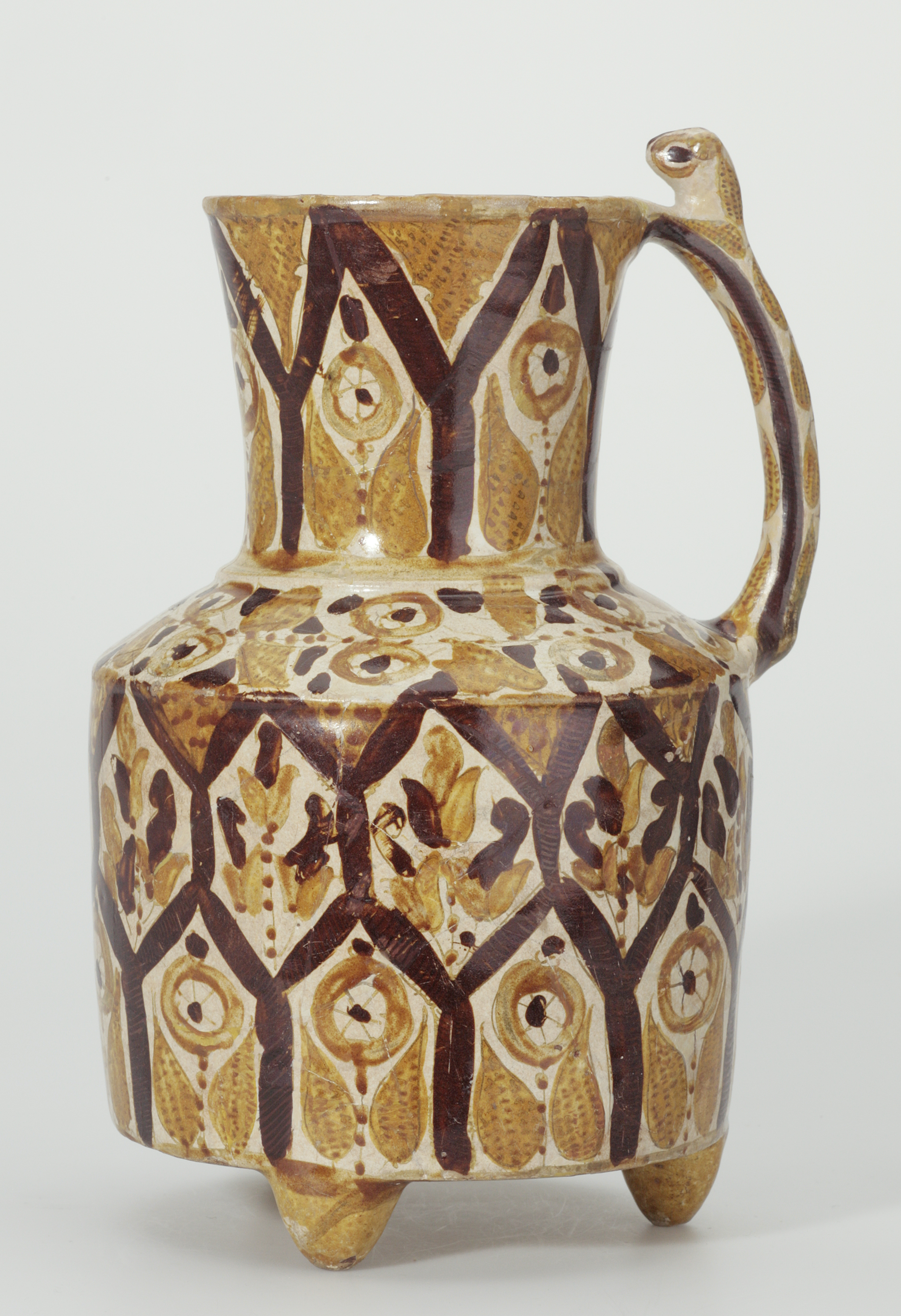