Helmet in the Form of a Turban

The helmet, composed of three separate parts, is made to resemble a type of turban fashionable in late 17th- and early 18th-century India [see MSS 874]. The forehead bears a retractable nosepiece, and behind is a socket for a plume. According to tradition, this helmet was presented by Awrangzeb to Chin Qilich Khan, who was to become the first Nizam of Hyderabad in 1725, as a reward for his bravery at the siege of Golconda in 1688. 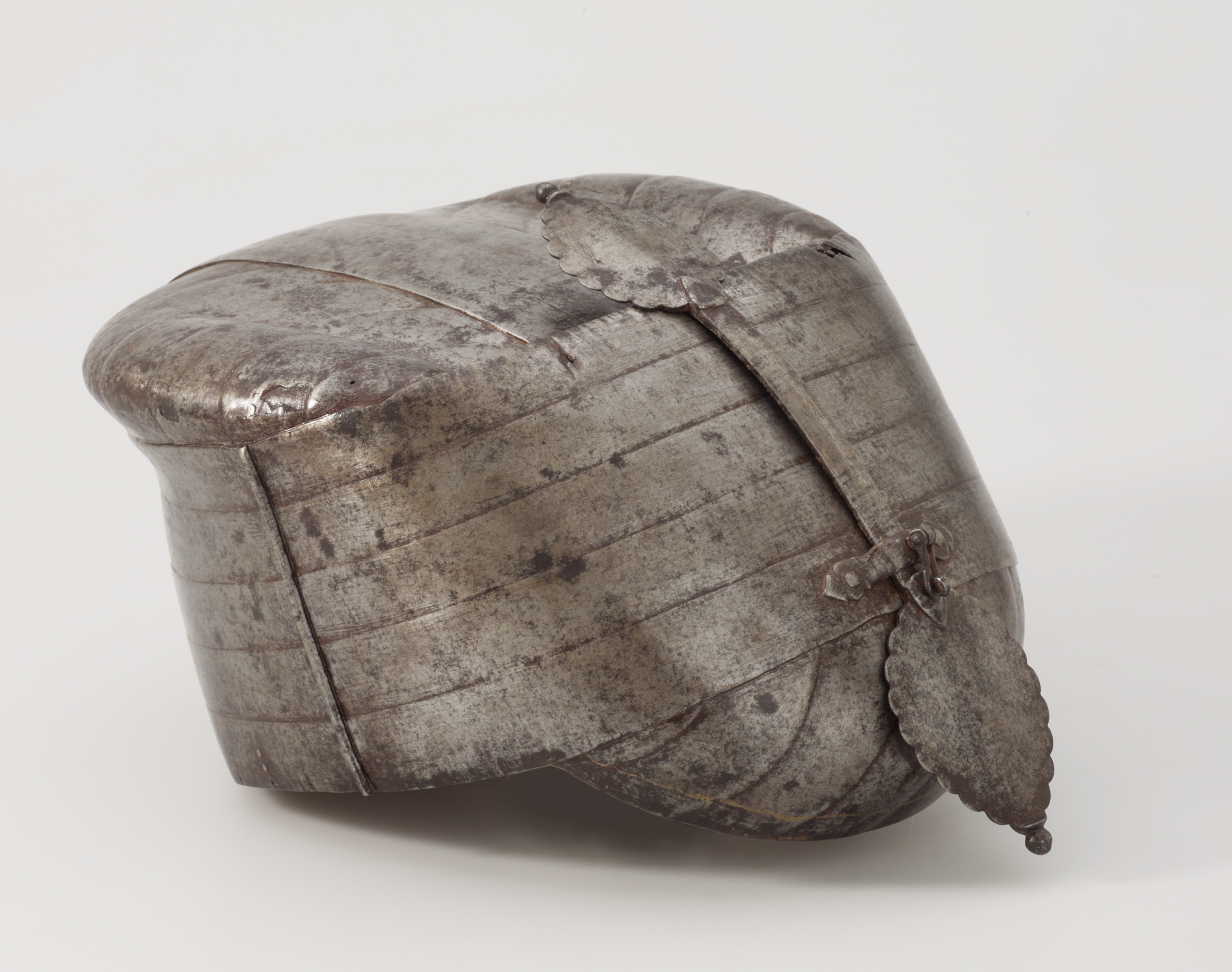