The long technical and artistic superiority of Chinese silk over Western textile traditions – Byzantine, Sasanian and early Islamic – stems from the supremacy of silk as a warp thread, and the consequent invention of looms and weaving techniques capable of exploiting this material to the full.

Medallion silks first appear in Sasanian art on the robe of Khusraw (Chosroes) II ‘Parviz’ (r 590– 628) on the rock-relief at Taq-i Bustan in western Iran. They were a product of the drawloom, also a Chinese invention, the greatest advantage of which was to permit the mechanical repetition of patterns, particularly those which were vertically symmetrical. The present silk, with confronted winged horses drinking from a stream and a Tree of Life in beaded medallions, is remarkable in that the medallions are enclosed in a rectangular beaded grid. Where in Sasanian Iran they were woven is not recorded, but the high cost of the thread, largely imported from China, and the skilled workmanship its weaving demanded would have confined their manufacture to court workshops. From Iran and from ancient Soghdiana, medallion textiles found their way westwards to Byzantium and Egypt and, in the 7th and 8th centuries, eastwards back to Tang China and to Japan. Recently our knowledge of them has been much increased by finds from cemeteries in the northern Caucasus, at Khassaut and Moshchevaya Balka, and from the important site of Kala-i Mug in Tajikistan, all with a terminus of circa 725. 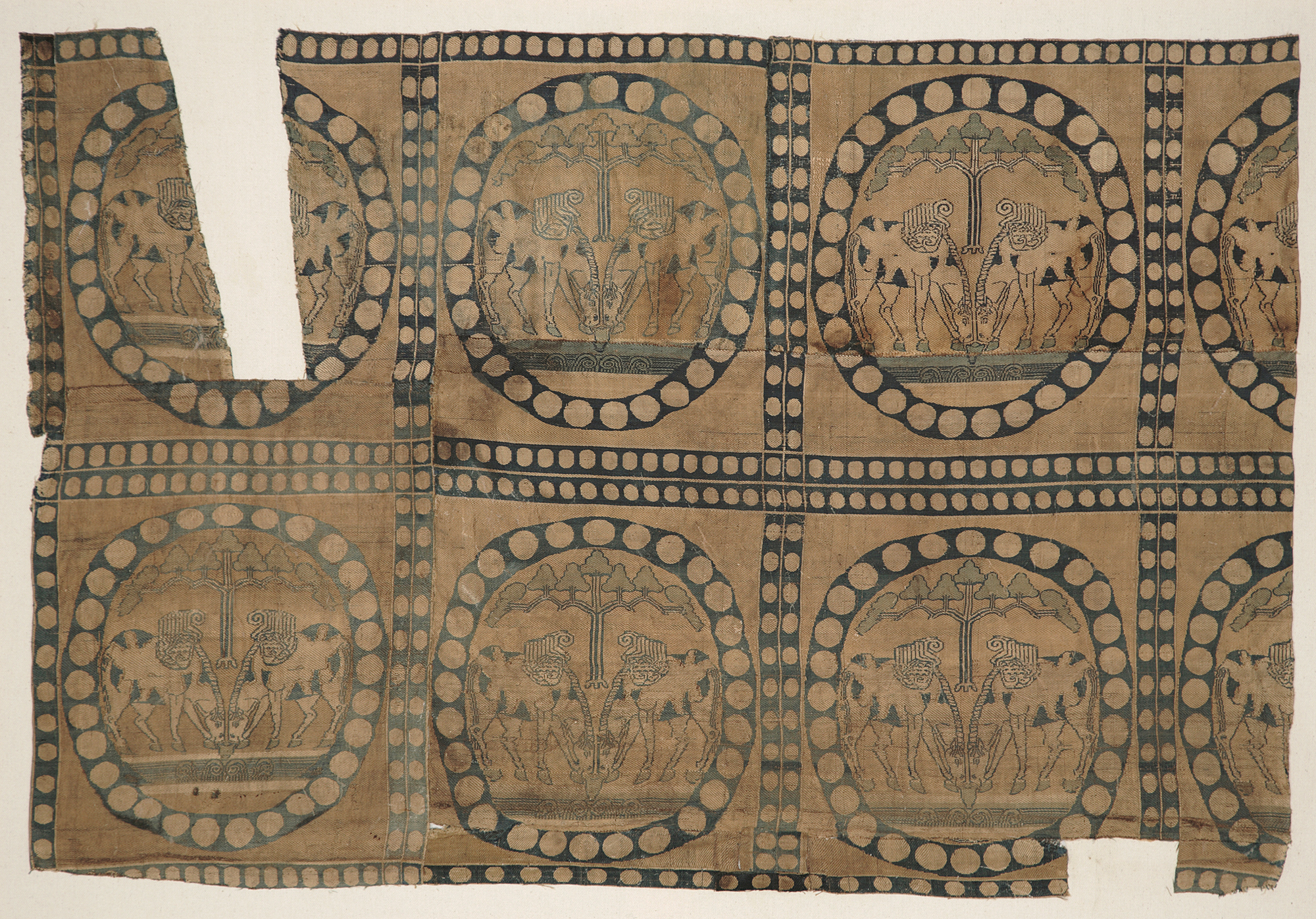